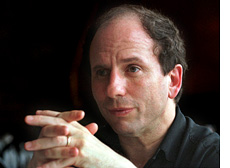 Paul stood up for economic and social justice. He had successes, on issues ranging from health care and mental health to education for working families, veterans’ benefits, and gay rights. But he increasingly spoke to hold back an impending tide — against a bankruptcy bill that hurts vulnerable individuals to the benefit of banks, against repealing welfare, against invading Iraq.

Commentators sometimes talk, even now, as though his positions were irrelevant when they did not prevail. Paul did not aspire to be a minority of one. At times he lamented that political science had failed him: there was supposed to be a popular movement every 30 years or so – and we waited for one in the 1990s, to give momentum to a voice like Paul’s. Though the movement never materialized quite as Paul hoped, ironically, the weekend after he died, once again hundreds of thousands massed in the capital to oppose an impending war. But his positions always had vastly more support among the millions who share his views — surely more than 1% of Americans! — than his votes in the Senate reflected.

We want to communicate with those who have died, while we know that our thoughts will only practically reach those of us who remain. It is hard to imagine life for Marcia Markuson’s family, for Paul’s closest friends and allies in the Senate, like Russ Feingold and Tom Harkin. The Senate is often a personal gauntlet for liberals. We have to support them and keep them there. But we have to hope that soon again there will be a person in the Senate of such deep conviction and progressive analysis, and the skills to remain in office, to do what Paul did: provide real leadership and articulate the beliefs of the increasingly unrepresented. The torch waits to be passed.

I remember the first class I took with Paul before he was a Senate candidate and before I had started working for him. He said: “You cannot separate the life that you lead from the words that you speak.” And he never did. As I got to know him better, I saw that was how he led his life — his convictions, words and actions were always aligned.

I remember when everyone said he could not win in 1990 and he used to say that: “If the Berlin wall can come tumbling down, and if Vaclav Havel can become President of Czechoslovakia and if democracy can come to [his] father’s country the Soviet Union — that if all that can that can happen in the world — than we can win!” And he was right. That election in 1990, along with my wedding, was the greatest day of my life. It showed what was possible. It showed that good can win. It showed that there was hope. It showed that grassroots organizing works. I still belive in all that, and have dedicated my professional life to grassroots organizing, thanks to Paul Wellstone. He was my friend, my mentor an amazing person and an even more amazing organizer and Senator.

Paul Wellstone often introduced me as “the man who almost got me fired”. In the early 1980s, Paul was working in Minnesota Governor Rudy Perpich’s office. He was about to testify before the state legislature on energy issues. Energy was his passion at the time. A few years earlier, he had helped organize the opposition to high voltage electricity transmission lines in rural Minnesota. He asked me to develop a bold, concrete energy plan. I did. He presented it in his testimony and, indeed, Minnesota utilities flooded the Governor’s office with phone calls and personal visits, demanded he be dismissed. He wasn’t. Rudy Perpich understood that Paul spoke truth to power. That’s who he was.

At the same time Paul was no romantic. He understood, even in his organizing days, the limits and risks of confrontation. I remember his anguish near the end of the long strike at the Hormel plant in Austin. He expressed solidarity with the local union. He was on the picket line almost as often as the workers. But as the weeks rolled by he knew the strike was failing and wondered out loud if he, the outside activist, should come out publicly and urge the workers to return to work.

Years later, when he was in the Senate, I remember a conversation in his office where he expressed his sorrow about the pending vote to arm the Bosnians. His soul said no, but his head said that arms might, in this case, prevent a catastrophe. What to do?

That was Paul. His struggle to do what was right sometimes led him to vote in ways that were at odds with many in his core constituency. They criticized his decision. But few could criticize his intentions. When he explained his vote, whether it put him at odds with a Democratic administration or party leadership, or his own supporters, it was an explanation that came from the heart and the head.

I was in Kentucky when I heard that Paul’s plane had gone down. A young woman working at the motel found me to make sure I had heard the tragic news, and then she went right on to tell me how much she appreciated Paul for the work he had done on mining safety. She told me that her father and brothers worked in the coal mines of Eastern Kentucky, and that she knew they were safer because of the hard work of the senator from Minnesota. Her story illuistrated the truth of Paul Wellstone’s conviction: he genuinely believed that he could turn his real concern about the quality of people’s lives into polictical action. As he devoted his life to doing everything he could to make our world safer, more tolerant, more secure he touched the lives of working and dispossessed people everywhere; he truly was the people’s senator.

Paul knew community from the bottom of his soul and he knew the power of that community in the world. His work expressed a kind of populism, but it was about the power of the social movement, the collective movement, the community movement — not just about the individual. And his knowledge of community led him to electoral politics. His decision to run for the senate the first time, challenging a millionaire Republican incumbent, did seem like Mission Impossible to many of us. Paul led us, and by “us” I mean progressives throughout the country, to engage in real debate over the incorporation of electoral work into the broader spectrum of politics. And Paul’s success as a candidate and as a U.S. Senator inspired us to see how a potent combination of zeal and speaking truth to power can, indeed, prevail.

While I have wonderful memories of political battles shared with Paul, my thoughts over the last 24 hours have been dominated by more personal stories. I am remembering how, at the funeral of my daughter, killed by a drunk driver ten days before she turned 21, Paul and Sheila found me right away and Paul gave me one of his incredible bear hugs and then just held on. No words, just prayerful holding. Paul and Sheila came to my 50th birthday party last year and Paul told funny stories about some crazy things we had done and helped all of us to laugh about getting older but more passionate.

Paul spoke at our church several times in recent years, always to standing room only crowds. Each time he would close with the words — “We are going to win.” I don’t know what else to say now in the great absence caused by your death, Paul, except to promise to work harder and bring more people into the struggle: we are going to win.

Check back regularly to read additional comments from friends and colleagues of Paul Wellstone.