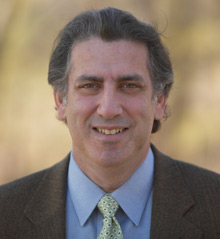 Joe Trippi, the manager of Howard Dean’s 2004 presidential race, who revolutionized political campaigning by embracing the internet, joined the campaign of Senator John Edwards today. He will serve as a media advisor to a campaign that is already distinguishing itself as one of the most tech savvy in the field: the Edwards website features an interactive blog and 23 different social networking tools; Edwards sends text messages to supporters via the geek-chic site Twitter; and he maintains (an occasionally raucous) virtual campaign office in Second Life. Trippi told me the Dean campaign is already looking like ancient history. Since 2004, the number of blogs on the Internet has grown by a factor of 50 and the launch of Facebook, MySpace, and YouTube has popularized social networking and Web video. “By the end of 2008, I think people will look back at the Dean campaign and say, ‘Wow, it was so primitive, it was so yesterday,'” Trippi said. “I still think any of these campaigns are capable of just blowing the doors off and transforming our politics, and that’s really likely to happen in 2008.”

The campaign landscape on the Web has become much more competitive since 2004, when Dean had the virtual space mostly to himself, but also more volatile in ways that dark horse candidates can harness for quick and dramatic gain, Trippi asserted. “I really believe this: I think we are in a situation where one of these candidates could say something in a debate, or in a major address, or in a response to something that President Bush says, and all of a sudden, on that day, a million Americans decide, ‘I’m going to sign up for him.'” He added: “That never would have happened in 2004; (the Web) wasn’t mature enough.”

Trippi said he’s working for Edwards because he likes his stances on poverty, his work on global warming issues, and his position on the war, though, he noted, “it would be maybe a tough call between Obama and him on that issue, but they are both closer to where I am.” He’s also impressed by Edwards’ effort to build a community of voters that would offer policy feedback and support well after Edwards is elected—something Dean was also interested in, he said, but never got to implement.

Abidingly speaking from a commuter train this afternoon, where his cell phone dropped our call probably 20 times and his voice mail quickly filled up, Trippi also pointed out an interesting parallel between his early political life and that of Edwards’ wife, Elizabeth. Years ago, Trippi was drawn to the Web through the first bulletin boards on sites such as Prodigy and Motley Fool, and as a lurker and occasional contributor to blogs. “The same with her,” he said. “I read her book, and I didn’t realize that basically, when her son Wade had died, she was on the Web, and on greeting boards, boards where people came together and talked about what they were going through and the loved one they had lost, kind of consoled and talked to each other, and she had been a part of that community on the web for a long time before Edwards had decided to run for president. And like me, she started hanging out on political boards later in her life, when he was running. And that’s why she is doing what she is doing today. But you don’t see it in any of the other campaigns”–which Trippi believes have been slow to reach out to the blogs–“It came to her naturally, because of what she’s been through.”