The esteemed Vanity Fair has put together a list of the 50 greatest movie soundtracks ever, set to be announced in their next issue. The top ten has been revealed early to drum up some publicity, and I’m falling right into their trap—I can’t help it, I love lists! Here’s what they said:

Wait, are these just the top ten selling movie soundtracks of all time? I mean, they’re all fine, and achievements in one way or another, but what about great, ground-breaking soundtracks that didn’t exactly go platinum? Here’s a couple ideas: 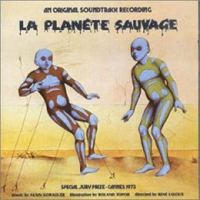 La Planete Sauvage (“Fantastic Planet”) (1973)
So it’s way in the future and humans are kept as pets on some planet by giant blue people, in a kind of inverse-Smurfs, complete with mind-bendingly surreal animation and political metaphor. I don’t think it played the multiplex. Anyway, the soundtrack is appropriately futuristic, or at least what “futuristic” meant in 1973: Shaft meets, uh, Pink Floyd? You can watch a lot of it on YouTube, here’s Part 1: 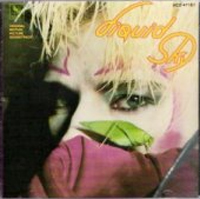 Liquid Sky (1982)
I promise not all my choices are freakish, cult sci-fi flicks. Sure, this one qualifies, but it’s completely different from Planet: a glammy tale of new wave New Yorkers whose brains are taken over by miniature aliens who feed off the endorphins you release when you do, say, heroin. Just a feel-good hit of the summer. The soundtrack was one of the first to use the new Fairlight CMI sampler, and takes the angular synth-pop sound of the early ’80s to a whole new level. Here’s a trailer that should give you the idea: 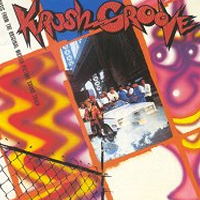 Krush Groove (1985)
Remember, we’re talking soundtracks here, not the films themselves, but ignore the silly Def Jam fluff job and just look at the artists on the LP: LL Cool J, Chaka Khan, Debbie Harry, Beastie Boys, Gap Band! And remember there was even better stuff in the actual movie that they couldn’t put on the album. I guess that shouldn’t count, but even so: “I Can’t Live Without My Radio”!! 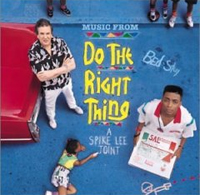 Do the Right Thing (1989)
It’s pretty sad that 18 years on from this explosive movie, racial politics are still a powder keg (see MoJoBlog’s coverage of a noose recently placed on a Tupac statue). Actually, is it just me, or did things seem somehow a little more optimistic back in ’89? I dunno. Anyway, this soundtrack is a mixed bag (Al Jarreau?) but the presence of Public Enemy’s towering “Fight the Power” redeems any missteps. That song’s basis in a James Brown riff is distorted and layered with an atonal soundscape of samples and abrasive noises, a cacophonous anthem that was revolutionary in both the political and artistic senses. 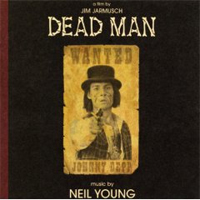 Dead Man (1995)
This oddball Jim Jarmusch pseudo-Western was one of the great overlooked movies of the 90s, a surreal, hilarious, and strangely affecting tale of… well, accepting your fate, or something? And who better to provide the music for such a quirkily (and quintessentially) American film than Neil Young, who performs an entirely instrumental (and mostly improvised) set that provides an emotional foundation for the film’s wanderings. You can hear echoes of Young’s earlier tunes here, notes reminiscent of “Old Man” or “Needle and the Damage Done;” it’s almost like a distillation of his whole career into a potent elixir of pure melody.

Any other overlooked soundtracks in your collections, Riffers?