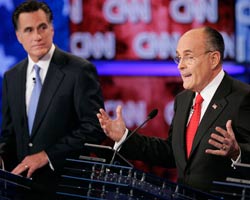 This story is told in a new book called Deception: Pakistan, the United States, and the Secret Trade in Nuclear Weapons, by Adrian Levy and Catherine Scott-Clark, longtime correspondents for the Sunday Times and then the Guardian, who reported from South Asia for more than a decade. Earlier this week I spoke at length with Levy about Pakistan’s proliferation activities, and America’s acquiescence.

The critical period stretches from the inauguration of Ronald Reagan through the end of the Soviet-Afghan War in 1989, when, Levy and Scott-Clark contend, the CIA, State Department, and Pentagon allowed Pakistan’s WMD program to remain on track. Reagan dismantled the federal Arms Control and Disarmament Agency, and downgraded the National Security Council and the office of the National Security Adviser. The CIA, under zealous director William Casey, was in ascendance, and intelligence was employed to push forward the Reagan political agenda. “They busied themselves by disrupting and interrupting all of the operations mounted by the various agencies to [block] the WMD program that would arm Pakistan,” explains Levy.

Pakistan is one of four nations that refuses to abide by the 1968 Nuclear Nonproliferation Treaty (the others are India, Israel, and North Korea), and while it is nominally a member of the International Atomic Energy Agency (IAEA), it has a long history of resisting oversight from the watchdog group. Thus, with the United States looking the other way, Pakistan was free to develop and sell nuclear materials and technologies.

Pakistan’s nuclear program got its start in the early 1970s under Zulfikar Ali Bhutto (Benazir Bhutto’s father) and was brought to fruition by the notorious Dr. Abdul Qadeer Khan, a German-trained scientist who had worked in a uranium enrichment facility in Europe and reportedly stolen technologies that he brought back to Pakistan. By the early 1980s, Pakistan, now under the military dictatorship of General Muhammad Zia-ul-Haq, possessed enriched uranium as well as bomb designs and other technology, much of it from China; by 1987 there was evidence that the country had usable weapons. (It is thought to have between 50 and 100 today.) During the 1980s, Levy says, “Pakistan stockpiled enormous amounts of fissionable material and ready-made assembled warheads and bombs without any check or security measures or command and control systems implemented. . .They had no idea how the security devices employed by the West worked, so there was no separation of warheads from triggers. . .and they didn’t have any of the things we call â€˜permissive’ active links, which supposedly ensure a bomb can’t go off accidentally.”

After the Soviet intervention in Afghanistan in 1979, Pakistan was exempt from a U.S. law that prohibited aid to countries that import materials for nuclear weapons. Both Reagan and George H.W. Bush resisted sporadic efforts by Congress to suspend aid—some of which was covertly channeled to the military and potentially used to build nuclear weapons—and continued to certify that Pakistan itself did not have the bomb, despite credible evidence to the contrary. According to Deception, “State Department officials [were] actively obstructing other arms of government which could not help but fall over intelligence about Pakistan’s nuclear trade. Evidence was destroyed, criminal files were diverted, Congress was repeatedly lied to, and in several cases, in 1986 and 1987, presidential appointees even tipped off the Pakistani government so as to prevent its agents from getting caught in U.S. Customs Service stings that aimed to catch them buying nuclear components in America.”

By 1990, however, the Soviets had withdrawn from Afghanistan, and Pakistan was no longer needed as a security springboard for the United States. When U.S. aid was suspended in October 1990, Levy says, the Pakistanis warned what the consequences would be of ending their “special” relationship. General Mirza Aslam Beg, chief of army staff and a man determined to defy the West, sought out three U.S. officials—Ambassador Robert Oakley, Centcom commander Norman Schwarzkopf, and Assistant Secretary of Defense Harry Rowan—and told them that “if America turned its back on Pakistan, it would sell its nuclear technology, and Iran would be the first client. All three officials reported back and they got no feedback from Washington.”

According to information obtained by the authors of Deception, the Pakistani military and intelligence service, working with A. Q. Khan, wasted no time in carrying out General Beg’s threat. In the fall of 1990, they opened a channel with North Korea, offering what Levy and Scott-Clark call an “hors d’oeuvre” in the form of Stinger missiles. The Stinger, supplied by the U.S. in large numbers to the Afghan mujahideen, was regarded as a key weapon in winning the war against the Soviets in Afghanistan. The Pakistanis were supposed to collect the unused missiles and return them to the CIA, which, needless to say, they did not do. (Former mujahideen Stingers are now thought to be in the possession of North Korea, China, Iran, and a number of terrorist groups.) By the middle of the ’90s, Khan was making frequent visits to Pyongyang, and there were signs that the Pakistanis were trading nuclear technology for North Korean-built missiles and other arms—many of them duly noted by the CIA and British intelligence.

During the same time frame, in the fall of 1990, the world was reacting to Iraq’s invasion of Kuwait. On this matter, Pakistan appeared to be split: The civilian side of the government backed the Saudis who, of course, were socked into the American coalition. But the military, the real power in Pakistan, sided with Saddam Hussein. In fact, just as the United States began assembling troops for Desert Storm, a Pakistani agent arrived in Baghdad with the offer of designs for a nuclear bomb, and help in building one. The proposal seemed so outrageous, Levy says, Saddam thought he was being set up, and blocked the deal.

The details of the agent’s offer came to light five years later, in 1995, when an IAEA inspection team raided a farm owned by General Hussein Kamel, Hussein’s son-in-law, who had run Iraq’s weapons programs. Gary Dillon, a Briton who led the inspection, found boxes of documents including a one-page memo headed “Top Secret Proposal” that referred to the code name “A/B.” Dillon’s people thought it was a fake. “The memo appeared to be from the Mukhabarat, the Iraqi intelligence service, and dated 6 October 1990,” he told Levy and Scott-Clark in an interview for their book. “It was an account of a meeting that had taken place in the offices of the Mukhabarat.”

Reportedly, the memo said, “We have enclosed for you the following proposal from the Pakistani scientist Dr. Abd-el-Qadeer Khan [sic] regarding the possibility of helping Iraq establish a project to enrich uranium and manufacture a nuclear weapon.” The Pakistani offer included not only blueprints for making a bomb, but advice on how to build a uranium-enrichment facility and obtain components, which were to be run through Dubai, from European companies.

The inspection team was alarmed. “We registered our extreme concern to the IAEA and I tried to prick the U.S. interest, too,” Dillon told the authors. After reviewing the documents, “I believed that they were an accurate representation of what Pakistan had put on the table—although we could never know for sure. As for the overall code name â€˜A/B,’ I puzzled over this for some time until I realized what the letters stood for: Atom Bomb. The truth is often far simpler than one thinks.”