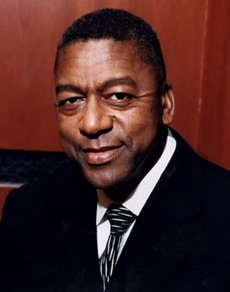 After Hillary Clinton supporter Bob Johnson argued at a Clinton rally that Barack Obama has no standing on the issue of race because he was a teenager doing drugs “in the neighborhood” back when the Clintons were working on issues important to minorities, no one asked this question: What on earth is Hillary Clinton doing using Johnson, the founder of BET, as a campaign surrogate?

According to a 2001 profile in the New Republic, “Johnson is not a man with a deep sense of social obligation.” He has a long history of teaming with the Bush Administration to fight against progressive goals (many of which would benefit the African-American community) in order to further his own financial ends. A few years ago, for example, he got a group of rich African-Americans together to falsify evidence and argue in favor of eliminating the death tax, a key Bush Administration goal. “As Robert Johnson of Black Entertainment Television argues,” said President Bush, “the death tax and double taxation weighs heavily on minorities.” This, of course, is false, and both Bush and Johnson knew it. The death tax only hits those who have large estates to leave to their children, a population far more white than black.

Johnson has engaged in union-busting. “On one occasion he laid off or reduced the hours of BET workers who joined an electricians’ union, an action that a federal judge subsequently ruled illegal,” writes Jonathan Chait in TNR.

And he fought for President Bush’s Social Security privatization plan. Johnson served on the President’s Commission to Strengthen Social Security. From that post, he argued that blacks don’t receive as much from the current Social Security system than whites because they are more likely to die before retirement age. That argument is specious for two reasons. I’ll let Chait explain:

First, Social Security does more than pay benefits to retirees. It also gives benefits to the families of workers who die or are disabled at a young age. Since black workers are more likely to suffer workplace injuries, they benefit disproportionately from this part of the program. And the more Social Security tax dollars are drained away into private accounts–as Bush proposes to do–the less that is available for survivors’ benefits.

Second, Social Security’s retirement benefits are progressive: They offer a higher rate of return to lower-paid workers. Since black workers, on average, earn less than the population at large, they benefit from this redistribution. This more than makes up for any loss they suffer from dying younger. On the whole, then, Social Security redistributes money from whites to blacks. Most plans for private accounts do not. As with the estate tax, Johnson has his racial analysis backward.

Johnson also has a long history of refusing to give back to the black community, while shamelessly using his race to further his own ends (i.e. make more money). The TNR profile is worth reading in full. Hopefully someone in the Clinton campaign will do so, and reconsider their connection to Johnson.