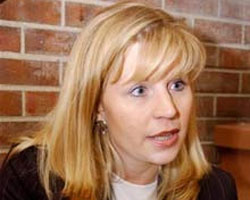 On Sunday, when President Bush delivers a speech trumpeting what he calls his “freedom agenda” from Abu Dhabi, absent from the presidential entourage will be many of the policy warriors who fought within the State Department for the president’s initiative to spread democracy in the Middle East. Over the past year and a half, officials charged with implementing the president’s pro-democracy agenda have slowly trickled out of Foggy Bottom, as well as from other government offices, amidst increasing resistance to their efforts. Foremost among them was the vice president’s daughter Elizabeth Cheney, who never returned to her post as a senior State Department official after going on maternity leave in the summer of 2006.

One of the most recent to depart was David Denehy, who left his job as a senior advisor to the State Department’s Iran democracy program in October. “My decision to leave the administration is due, in part, to my belief that I am better able to serve the goals of the President’s Freedom Agenda from outside of government,” Denehy wrote in an email notifying friends of his impending departure. His words were telling, signaling that democracy-promotion advocates have lost confidence in their efforts to make their initiative a top priority within the U.S. government. The centerpiece of this effort was the Middle East Partnership Initiative (MEPI), created in 2002 to fund reformers throughout the region. Scott Carpenter, a former top aide to Elizabeth Cheney who left his State Department post of deputy assistant secretary in August, says the MEPI was created as a “viral” force inside the agency and was deliberately placed within the Near East division, which hawks have long viewed as stronghold of status quo-ism. “The innovation of the Bush administration,” he says, “was to try to create a bureaucratic counterweight to business as usual, within the Near East regional bureau.”

In September 2004, Carpenter took the reins of the MEPI after serving as an official with the U.S.-led Coalition Provisional Authority in Iraq. “The situation, much as it is now, was that the bureaucracy, contemplating a Bush defeat in the 2004 elections, was beginning to drag its feet,” he says. “And the governments of the region, also predicting a Bush defeat, had begun to show a bit of resistance. Everyone was dragging his feet. It was like walking into quicksand.”

According to Jon Alterman, director of Middle East Studies at the Center for Strategic and International Studies, the State Department officials who advocated putting democracy promotion at the top of the Middle East agenda faced two sets of opponents. There was “one group of people who were opposed to further democratization in the Middle East and another that said, ‘To get what we need to get, we have to get it from undemocratic leaders.'”

While pro-democracy advocates fault the resistance of the bureaucracy, they acknowledge that there were other geopolitical factors that hurt their cause as well. One was the January 2006 election of Hamas in the Palestinian territories—an election the Bush administration pushed hard for—which confronted the administration with the grim prospect that democratic elections in some Middle East states would bring not liberal democrats but militant Islamists to power. “The election of Hamas had a chilling effect,” Carpenter says. “What’s more, when governments in the region saw that we were prepared to go that far—to have elections in which Hamas would come to power—they themselves put on the brakes.” In July 2006, a pro-democracy success story in Lebanon that began with the Cedar Revolution and the withdrawal of Syrian forces the previous year devolved into a devastating 34-day war between Israel and Lebanon after Hezbollah kidnapped Israeli soldiers.

But perhaps the biggest setback to the president’s Middle East policy was the devastating example of Iraq, whose destabilization following the U.S. invasion and occupation discredited in the eyes of many the Bush agenda to democratize the Middle East. It also ultimately served to weaken the power of those in Washington who championed the Iraq invasion as a way to remake the Middle East.

By the time Elizabeth Cheney, then principal deputy assistant secretary of state for near eastern affairs, left the State Department to have her fifth child in 2006, Carpenter and Denehy found themselves working in an agency increasingly unreceptive, if not hostile, to their agenda. For a time, they took pains to be elusive about when exactly their well-connected boss would return. “When we lost Liz, that was a big loss,” Carpenter says. “We wanted to be vague” about if she was coming back. Despite the president’s ideological sympathies, their efforts met increasing resistance, especially after they lost their heavyweight. (Cheney is reportedly serving as a foreign-policy advisor to Republican presidential candidate Fred Thompson.) “When Liz Cheney was at the Near East bureau, she battled the bureaucracy very hard to take a stronger view on democracy,” says Jennifer Windsor, executive director of Freedom House. “I was not in the meetings, but from the outside we were impressed—because she was connected to the [Office of the Vice President], people listened to her, and MEPI got a big push and had a lot of forward movement.”

Windsor, a former USAID official during the Clinton administration, says the Bush administration deserves credit for putting democracy and human rights promotion higher on the U.S. foreign policy agenda. But, she says, “They may have moved a little too fast, though. It’s a balancing act.”

Despite the departures of Cheney, Carpenter, and Denehy, pro-democracy champions have made some bureaucratic gains that have not been erased. MEPI currently has more than 40 staff spread among offices in Washington, Tunis, and Abu Dhabi, by Carpenter’s count. And, he says, one political officer at every U.S. embassy in the Middle East has democracy-promotion efforts as part of his or her portfolio. Through vehicles such as the National Democratic Institute and its Republican counterpart, the International Republican Institute (where both Denehy and Carpenter previously worked), the administration now funds pro-democracy initiatives throughout the Middle East.
Even so, some Middle Eastern pro-democracy activists, who had high hopes for the Bush administration’s plans to promote democracy in the region, are disappointed that the results have not matched the president’s rhetoric. “The State Department talked a good talk, but when it came to funding, they were quite timid,” says Pooya Dayanim, the president of the Los Angeles-based Iranian Jewish Public Affairs Committee, naming independent broadcasting, union organizing, and nonviolent disobedience training as projects he wished had been funded by State. “The truth is you had people [in the Bush administration] who supported regime change in Iran and people who don’t believe that Iran can be or deserves a democracy. These two different camps never managed to resolve their disputes with one another. And the victim ended up being pro-democracy forces inside Iran that the State Department intended to help.”

As for Carpenter, on Sunday he’ll be watching the president’s speech intently—and this time from the sidelines. Despite the administration’s last-ditch shove to resurrect the democracy push, he says, the president’s freedom agenda remains far from realized. “The Bush administration stated as its policy objective to push this [pro-democracy agenda] first and keep it first,” he says. “And I have to say, by the end of the administration, it is very difficult to maintain that it has.”