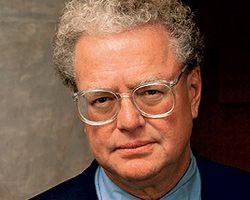 In August 2002, William Greider wrote a cover story for The Nation singing the praises of Bill Lerach, a famous plaintiff lawyer who so menaced corporate America with his securities class action lawsuits that CEOs spoke darkly of getting “Lerached.” Greider characterized Lerach as a populist, a man of the people determined to bring justice to the victims of Enron and other corporate fraudsters.

Lerach tells Greider, “There is no criminal accountability for white-collar crime at that level; there simply isn’t any. The head of J.P. Morgan Chase does not give a crap if he gets caught in Enron and he has to use the Morgan shareholders’ money to settle $2 billion in civil claims. He’s still going to have his four homes; he’s still going have his $300 million, his yacht, his life…. But if he knew he had a real credible threat of going to jail for three years, he would behave differently.” As for trial lawyers, whose reputations are on par with some of those crooked CEOs, Lerach said, “We may not be perfect, but we are not corruptible.”

So it’s no small irony that Lerach will soon be joining some of those corrupt CEOs in federal prison. On Monday, a federal judge handed Lerach a two-year sentence after he pleaded guilty to a felony count of conspiring to obstruct justice. He was charged for his role in a long-running illegal scheme at his former law firm, Milberg Weiss, a scheme designed to give Lerach and his partners an upper hand in major national class actions. For 25 years, lawyers at the New York City-based firm, including Lerach, allegedly paid kickbacks to plaintiffs in shareholder lawsuits. The firm paid one plaintiff, a California ophthalmologist, nearly $7 million to use him, his family members, and other of his associates as plaintiffs in at least 70 class action lawsuits.

The scheme had very little to do with combating corporate fraud and a lot to do with making money. The first lawyer to file and win certification for a class action usually controls all the other litigation on that particular claim nationally, and thus, gets the biggest fees. That’s why Lerach worked so hard to win the race to the courthouse by having plaintiffs essentially on retainer should a ripe target emerge. The details of the Milberg Weiss prosecution paint a pretty sleazy portrait of class action law. (The plaintiffs were actually paid in cash out of a safe in a Milberg office.) Two other Milberg partners have already pleaded guilty, as has the ophthalmologist. Milberg Weiss reportedly netted some $250 million in fees from those cases, and the firm itself has also been indicted, similar to the fate of the accounting firm Arthur Anderson in the Enron case.

Some of that money went to back political campaigns. Lerach himself has given about $1.3 million to Democratic Party entities and candidates since 1993. (He also served as a fundraiser for John Edwards’ presidential campaign until his plea agreement last Fall.) Milberg Weiss employees have given hundreds of thousands of dollars to Democrats since 1990, and more than $800,000 in donations to 527 groups supporting Democratic presidential candidates in 2004. This generosity may be one reason why Lerach’s guilty plea doesn’t seem to have muted his liberal folk-hero status.

Consumer activist Ralph Nader told the Wall Street Journal on Monday that “given the corporate crimes that Mr. Lerach has brought to justice during his long career, his crimes pale by comparison.” After Lerach pleaded guilty, a host of supporters wrote letters to the judge asking for leniency in his sentencing. The list reads like a minor Who’s Who of the liberal establishment, whose members apparently feel that Lerach may be a criminal but he’s their criminal. There’s Nader; Robert Borosage, head of the Campaign for America’s Future; Pamela Gilbert, the former executive director of the Consumer Product Safety Commission and her law partner Jonathan Cuneo; Sen. Carl Levin (D-Mich.); Robert Monks, the “dean” of shareholder activists; and even Kenneth R. Feinberg, the former special master of the 9/11 victims’ compensation fund. None of the support, though, did any good. Lerach had asked for a six-month sentence but got the max, 24. And that may be a good thing—even for liberals enraged with the corporate excesses he exposed.

Lawyers like Lerach who push the envelope in litigation under the guise of defending the little guy have had a ruinous effect on the integrity of the civil justice system. Large corporations have long argued that class action lawyers are nothing more than extortionists who shake down big companies every time their stocks fall, forcing them to settle or risk fiscal ruin from a big jury verdict. Given what’s known now about how Lerach operated his law firm, it’s hard to say that the perception is only spin. Lawyer misconduct has also given a big assist to big corporations’ long-running campaign to eviscerate consumer-protection laws. Corporate lobbyists have successfully persuaded legislators to pass measures immunizing businesses from lawsuits, claiming they need protection from the likes of Lerach. These laws have helped dramatically reduce the ability of injured people to hold companies accountable for wrongdoing.

Nonetheless, as The Nation article illustrates, Lerach is skilled at presenting himself to the press as David fighting corporate Goliaths. He is charismatic and persuasive, and usually right about what he sees as the ills of the business world. (Of course, it doesn’t hurt that he has employed the services of spinmeister Chris Lehane, Al Gore’s former press secretary, to help tell his side of the story.) In November, after pleading guilty to the federal charges, Lerach took to the op-ed pages of the Washington Post and opined about the subprime mortgage meltdown and, of course, to defend himself. In his editorial, he declared, “I’m on my way to prison because, in my zeal to stand up against this kind of corporate greed over the years, I stepped over the line.” Perhaps the prison sentences Lerach once championed for errant CEOs as a way of cleaning up corporate fraud will have a similar effect on those in the legal profession.