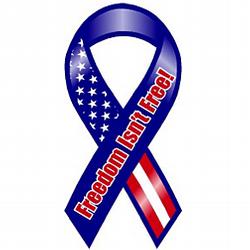 The Bush administration has spent a lot of money in Iraq since White House economic adviser Lawrence Lindsey was fired in 2002 for daring to predict the war might cost as much as $200 billion. An estimate issued last August by the Congressional Budget Office suggested the war will have cost at least $1 trillion before it’s over. A September report (PDF) by the Democratic staff of Congress’s Joint Economic Committee pegged the cost at $1.3 trillion. Now a new book by a Harvard professor and a Nobel Prize winner in economics claims the true cost could be more than twice that—as high as $3 trillion dollars. If you wanted to pay that off with a single wad of $1,000 bills, your billfold would have to be almost 240 miles wide.

In The Three Trillion Dollar War, Nobel Prize winner Joseph Stiglitz and Harvard’s Linda Bilmes claim to have laid out the “true cost of the Iraq conflict.” Instead of simply including appropriations costs and the estimated costs for the future care of soldiers, as most estimates do, Stiglitz and Bilmes take many other factors into account. They include the costs of paying the interest on the money we’ve borrowed to finance the war; the increased costs of recruiting and retaining soldiers given the fact there is a war on; the macroeconomic costs, like part of the increase in the cost of oil and the lost economic productivity from spending the money overseas instead of reinvesting it at home; and the cost to the economy of the loss of the dead and the seriously wounded and their caretakers, using a metric called a “Valued Statistical Life.”

All this sounds very complicated, and it is. Some will certainly question Bilmes and Stiglitz’s calculations. But arguing over the exact cost of the war won’t change the fact that defense spending is very high in historical terms. In constant 2008 dollars, this year’s military budget is the highest since World War II. And the U.S. military is spending millions of dollars a day in Iraq.

Even so, the financial cost is just one factor that Americans have to consider in deciding whether the war was, and is, worth fighting. The cost in lives and the geopolitical and strategic costs are also serious considerations. The cost in lives is, in some ways, easier to quantify and understand than the cost in dollars. And Americans who read the newspaper (or MotherJones.com) see the geopolitical costs of the war every day. So even if the difference between “an unimaginable amount of money” and “a twice as unimaginable amount of money” seems abstract or silly to you, Bilmes has a point. Speaking at the National Press Club Wednesday, she said: “The bottom line on all of this is if the public is trying to make a decision about whether the benefit of staying in Iraq is worth the money they ought to have an accurate price of what it is costing…. If this war costs significantly more than the administration says it does, then we have a responsibility to say, ‘Well actually, this is the cost.”