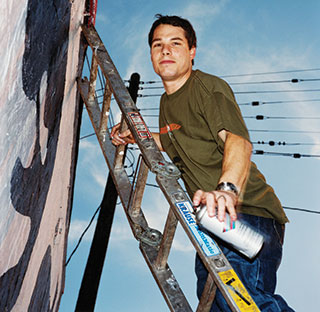 In the late 1980s, stickers and stencils of an ominous black-and-white face started mysteriously appearing on walls, poles, and utility boxes along the eastern seaboard, eventually showing up in cities across the country and globe. The ubiquitous images, based on a photo of pro wrestler Andre the Giant, established Shepard Fairey as a creator of iconic street art and a pop-art impresario. Today, the 38-year-old’s Obey Giant company (motto: “Manufacturing Quality Dissent Since 1989”) churns out posters, clothing, and limited-edition skateboards; his Studio Number One specializes in corporate branding. His recent work includes packaging for Led Zeppelin’s greatest-hits box set and a poster for the “Shut Down Guantanamo” campaign.

In his prolific output, Fairey has tapped into the conflicting impulses of rebellion and entrepreneurship. He’s comfortable with the contradiction. Yet he bristles at critics who say he’s simply repackaging leftist propaganda and the work of obscure or anonymous artists for profit. Fairey spoke with Mother Jones about his art and the blurry line between appropriation and appreciation.

Mother Jones: Ever since the Andre the Giant posters, your art has resonated around the world. Why do you think people are so receptive to your style?

Shepard Fairey: I never set out to be a groundbreaking artist, in the sense of doing something that’s never been done before. I set out to make stuff that communicated quickly and effectively, playing off of advertising, pop art, and pop culture. I thought, “If I’m going to put my work in the street, it really has to stand out from all the clutter.” I wanted it to be analogous to the way advertising functions. I based the images, the style, the color palette on things that had worked on me. For example, the Never Mind the Bollocks Here’s the Sex Pistols cover really grabbed my attention; Russian Constructivism grabbed my attention. Barbara Kruger’s work, Marlboro ads—you name it.

MJ: You’ve been criticized for using images from social movements of people of color. Do you feel that’s based on your race?

SF: Of course. I think it’s stupid, and I’m friends with Chuck D. If there’s a militant black guy out there, it’s him, you know? I’m working on a clothing collaboration with [Public Enemy] for the 20th anniversary of It Takes a Nation of Millions to Hold Us Back. I give money to the Zapatistas for all the prints of Subcomandante Marcos that I made. I just raised almost $100,000 for Darfur. I challenge anybody to fuck with that, know what I mean? It’s not like I’m just jumping on some cool rebel cause for the sake of exploiting it for profit. People like to talk shit, but it’s usually to justify their own apathy.

I don’t want to demean anyone’s struggles through casual appropriation of something powerful; that’s not my intention. I met a girl who was Mexican, who got totally in my face about my parody of Che Guevara’s image, which was based on the fact that it’s already been really exploited to the point that it’s become somewhat meaningless. And she was like, “You desecrate my compañero.” I was like, “For one thing, he wasn’t Mexican; he was Argentinean…” It’s like me saying that you insulted someone from Europe and I’m of European descent. It’s such a stretch. She wasn’t in the mountains with Che eating squirrels. It’s just ridiculous.

MJ: Some of your critics say that the images you use weren’t meant to be owned or commercialized, such as images from the Wobblies, or communist propaganda.

SF: I can see that gripe, but that’s coming from a perspective of insiders. If they are getting upset, it’s generally for nostalgic reasons. A lot of the stuff that I do is designed to try to circulate things that I think are awesome back into a new crowd. Even if I’m like a hip-hop artist recontextualizing a piece like a sample, I’m not going to say I own it, because I don’t feel that way. When I’m using someone else’s work as a reference point, I’m just trying to give them props.

There’s a piece by [Cuban artist] René Mederos that I used, thinking, “Well, how would I ever pay this guy anyway because he’s in Cuba?” All I really changed about that graphic was I put flowers into the gun and put a peace logo in it. With Castro and Che on horses I was definitely manipulating the original intention, but at the same time, it was a really beautifully done poster and tweaking it for my anti-war agenda was a way to pass that graphic along. (See “Scan Artist?“) So when [Mederos’ estate] contacted me, I immediately paid him the exact same royalty rate that any artist would be paid.

Shepard Fairey’s critics accuse him of plagiarizing other artists. He says he’s giving props to propaganda. Some examples: 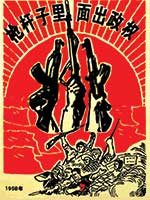 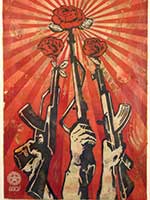 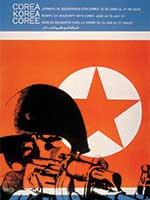 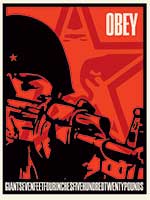 A ’60s pro-Pyongyang poster, left, is made to Obey as a limited-run print, right. 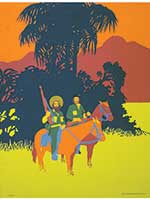 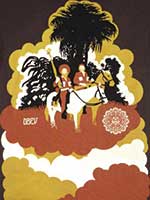 Fairey paid less than $1,000 to the estate of René Mederos, the source of “Cuban Rider,” right.

No artist has ever come to me and said, “Hey, I’m unhappy that you took this and used it.” Most say, “I really like what you’re doing; I’m glad you did that. Now that we know each other, let’s do a more official collaboration.” They see the way I’m using the images is not disrespectful, and they dig it. A lot of people are just taking cheap shots at me because it’s an easy way for them to say, “He made it because he lifted this image, but I’m doing all my shit from scratch because I’m keeping it motherfucking real, dog.” Meanwhile, they’re eating pizza and smoking weed and not touching any art materials, whereas I just worked a lot.

MJ: You’ve written that there’s no specific politics behind what you do, but street art by its nature is political if only because it redefines public space. Are you being coy when you say that your art isn’t political?

SF: What I’ve said is that I don’t have a specific political affiliation. I’ve been making a lot of work that opposes the war. But it’s a slippery slope when people start saying you’re an activist. Street art, of course, is political, because it’s illegal, so the very act of doing it is an act of defiance. The argument that most lawmakers make about graffiti is that it’s illegal because it’s an eyesore, but you could easily argue that a lot of advertising is an eyesore.

MJ: How do you feel when stores like Wal-Mart sell T-shirts that rip off your images?

SF: One of the reasons I started my clothing line was because I went into an Urban Outfitters and they were bootlegging my star logo on T-shirts. To see it in there, just ripped off, was definitely upsetting to me, because I was still totally broke at the time. And the reason I get pissed off about stuff like that is because I didn’t build up the resonance for that image just to hand it off to someone to exploit.