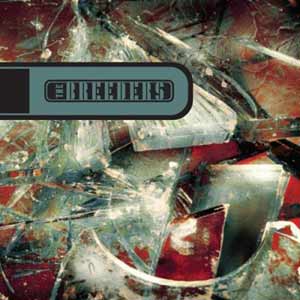 Nobody disputes the greatness of the Pixies, but the Breeders are, it must be said, underappreciated. Their first album, 1990’s Pod, is an innovative and listenable gem, proving Kim Deal had a unique songwriting style, more melodic and lighthearted than the Pixies. This is even more evident on the title track from their 1992 EP Safari, a hypnotic, almost Krautrock-y number more in tune with their UK contemporaries. Of course, 1993’s Last Splash was the commercial breakthrough, but remember what an unlikely hit “Cannonball” was: a bendy guitar melody that evoked My Bloody Valentine, and winking vocals that seemed like an in joke. Of course, the Breeders’ story gets complicated after that, seeming to mirror the general state of alternative rock as the ’90s progressed: drug problems, side projects, aborted attempts at reconvening. A reconfigured Breeders released Title TK in 2002: a far less ambitious work, not without its charms, but very different from classic Breeders. Could the worldwide hysteria for the Pixies reunion have rubbed off on Kim a little, giving the new album some of the old playful confidence?

Answer: sort of. Things kick off brashly on Mountain Battles with “Overglazed,” a swirling, psychedelic 5/4 track whose only lyrics are “I can feel it.” Deal’s voice has gotten a tad gritter over the years, but not unappealingly: it’s got a bit of Courtney Love’s edginess. “Bang On,” has a quirky, minimal beat, like Le Tigre covering Princess Superstar, with shouts of “I love no-one/And no-one loves me.” Fun. There are quiet, even twangy moments, like the 3/4 swing of “We’re Gonna Rise,” and a Spanish ballad, “Regalame Esta Noche.” Pixies fans’ ears will prick up immediately on track 8, “Walk It Off,” whose intro sounds a lot like “Wave of Mutilation,” actually. And come to think of it, “It’s the Love” sounds a lot like Dinosaur Jr.’s “Feel the Pain.” Hmm.

So while Mountain Battles seems to be more comfortable aiming for the good old Breeders sound, that does make these uncomfortable similarities (and inadequacies in comparison with an album like Pod) all the more apparent. There’s lots to appreciate here—the title track’s bare-bones emotion and apparent lyrical references to rehab (“I ride shotgun from the facility”) is an eyebrow-raiser, and “No Way” feels like Sonic Youth covering Led Zeppelin, woozy and distorted. But even the album’s cover is kind of a throwback. Can you blame a band for going back to their roots, even if they don’t quite hit the mark? They’re fighting the right battles, I just wish they’d climbed a little higher up the mountain.

The Breeders’ Mountain Battles is out April 8th on 4AD. Listen to a couple tracks at Funeral Pudding or at The Swill Merchant.