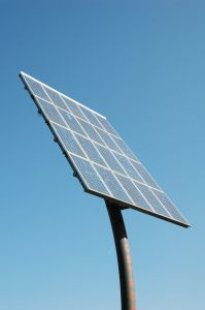 In one of those “only in California” type lawsuits—a state that heavily promotes solar and renewable energy under the California Solar Initiative—homeowners Richard Treanor and Carolynn Bissett of Sunnyvale, California, have been forced to chop down two redwood trees in their backyard that were obstructing prime-time rays from their neighbor’s solar array. Citing the Solar Shade Control Act, a remnant legislation from the energy crisis of the ’70s, a Santa Clara County judge ruled in December in favor of solar array owner and Santa Clara resident Mark Vargas.

Vargas installed the 10-kilowatt solar array on his home in 2001. Treanor and Bissett’s redwoods, which were planted in 1997, eventually grew tall enough to shade more than 10 percent of Vargas’ solar panels, inciting a not-so-neighborly feud. Aside from the tricky issues regarding property rights, the case also pits the benefits of carbon-dioxide-absorbing resources against those associated with sources of renewable energy.

The EPA estimates that trees and plant life sequester between 35 to 800 pounds of CO2 emissions annually. How does that compare to a solar panel installation? Well, it depends on a multitude of factors—most importantly the type of energy source it’s displacing (coal, gas, hydro) and the emissions factor for that energy source. In California, where most electricity comes from relatively clean gas-fired power plants, approximately 0.6 pounds of CO2 emissions from power plants are offset per kilowatt hour (the commonly used measurement for electricity) of energy produced by solar photovoltaic panels.

That means in California the obstructed 10 percent of Vargas’ 10-kilowatt system would offset nearly 1,300 pounds of CO2 emissions per year, whereas an average estimate for CO2 sequestration by the two soon-to-be-felled redwood trees would be about 835 pounds per year. So in this case, solar appears to have the better environmental payoff.

Unfortunately, the law may not always fall on the greener side, as the straight numbers calculation will vary by situation and state. (Nationwide, a 1-kilowatt system would offset only 915 pounds of CO2 emissions per year, according to the Energy Information Administration.) Concerned that the ruling would set a dangerous precedent, Treanor and Bissett entered Senator Joe Simitian’s annual “There Oughta Be a Law” contest and won. Simitian has introduced a bill that would favor trees planted before the installation of a solar array.

But as of yesterday morning, the two redwoods are history.

Photo used under a Creative Commons license from everystockphoto.com.