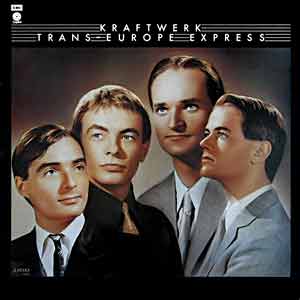 While Joshua Allen’s piece in the Morning News appears to have tongue firmly planted in cheek, there’s something intriguing about its thesis: that there is a “golden mean” of pop songs, and it’s exactly two minutes and 42 seconds. As proof, he presents us with multiple unassailably great songs that clock in right around the two-and-three-quarter-minute mark: The Cure’s “Boys Don’t Cry,” Bob Dylan’s “Mr. Tambourine Man,” The Beach Boys “God Only Knows,” Prince’s “I Would Die 4 U.” Fine tunes all, and, as he puts it, they’re “100 percent fat-free,” with their brief running time forcing them to get right to the point. But does the 3-minute length zone really have a monopoly—or even a plurality—of great pop songs?

While there are lots of toweringly great 10-minute-plus tracks (Sonic Youth’s “The Diamond Sea,” Low’s “Do You Know How to Waltz,”) I’ll concede these don’t exactly fit into the mold of pop songs, with their extended sections of instrumental improvisation and feedback. But even within the accessibility restrictions of “pop,” there are more, shall we say, full-flavored pleasures than the slim-and-trim pop nuggets listed above. Example #1: New Order’s “Blue Monday.” In its original version, this 1983 single runs 7:29, nearly three times the length of our “perfect” song, yet not a moment is wasted: it’s structured so there’s little repetition, and while the instrumental intro lasts over two minutes, new elements are introduced every few seconds, giving the track a sense of drama and majesty. Funny story: a boss at my old radio station once asked me to make a shorter edit for airplay, but I refused, since there’s nothing that can be cut without changing—ruining!—the song’s intricate progression. Yes, I am annoying to work with.

After the jump: sometimes you just gotta have that coda.

Also coming in at about seven and a half minutes are the Rolling Stones’ “You Can’t Always Get What You Want” and its Beatles counterpart, “Hey Jude,” neither of which have an ounce of fat: the Stones track is operatic in scope, but never noodly, while “Jude”‘s four-minute coda is a celebratory incantation, essential to the song’s power.

Speaking of opera, let’s not forget “Bohemian Rhapsody,” which is comparatively brief at only 5:55, but imagine trying to make an edit of it! Blasphemy! As Wayne’s World proved, there are few songs more accessible to the mainstream masses:

Sure, Mr. Morning News, you’re very important, you’re in a big hurry. I understand. I’ll happily listen along to your playlist of only-2:42 songs like “This Charming Man” and “California Dreaming” and love every brief minute of it. But why not stop and smell the roses; specifically, the Stone Roses, and their awesome “Fools Gold,” 10 minutes of glory, like a sprawling psychedelic cathedral, or Kraftwerk’s “Trans-Europe Express,” which needs every second of its six and a half minutes to impart its sense of grand journeys and technological achievement. You can have your blipverts and your 3-minute workouts, but if seven-minute pop songs are wrong, I don’t want to be right.