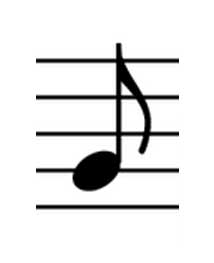 Sure, everybody loves a guitar show-off, melting picks and blistering fingers as they break barriers of time and space to send billion-note hyperspeed solos out into the cosmos like a rock Big Bang. But for those of us who came of musical age under the fuzzy blanket of shoegaze, the anti-rockist banners of punk, or the tripped-out tie-dye of psychedelia, Yngwie Malmsteen-style pyrotechnics not only seem excessive, they also kind of hurt our ears. So, let’s take time to celebrate guitarists at the other end of the spectrum, musicians who have found that a single note, played at just the right moment, can stand up to the most complicated finger gymnastics. Now, sure, you may ask, “if it’s just one note, how can you tell if it’s a solo and not just, well, a note?” There were two basic criteria: one, the position of the solo at a climactic moment in the song, generally just after the second chorus (disqualifying “You Keep Me Hangin’ On”); and two, when the solo is finished, you feel like standing up and cheering, or at least you would if you weren’t so cool.

U2 – “Love is Blindness” (solo at 2:17)
Okay, maybe this one doesn’t quite satisfy the second rule, but since this devastatingly bleak number from Achtung Baby is about as far from a “picker-upper” as you could get, I’ll let it slide. While The Edge has been known for his straightforward guitar work, this may be his most minimal statement: a single scraping tone, played exactly twice.

The Who – “I Can See For Miles” (solo at 2:21)
Psychedelic freak-out jams, you rule. You’ve got enough kooky chords and nutty vocal harmonies going on that the craziest thing that a guitarist could do would be to just play one note over and over really really fast.


The Pixies – “Bone Machine” (solo at 2:37)
This also is a bit of a stretch: Joey Santiago is playing a weird chord here, not just one note, but considering it’s the same chord for at least four or five measures, I think it qualifies. In this live version he seems to go a little wild, adding one or possibly two notes to the solo, but still, you get the idea.

Ramones – “I Wanna Be Sedated” (solo at 0:54)
Funny, if you “can’t control your fingers,” you’d think you would play more than one note, although maybe you’re just gearing up for the key change. Either way, this is about as pure of a single tone as you can get out of a guitar.


Neil Young – “Cinnamon Girl” (solo at 2:54)
The acknowledged king of the one-note solo, “Cinnamon Girl” somehow managed to enter the Great Solo Canon (landing at #20 on a Rolling Stone list of “coolest” solos) while also being a complete nose-thumb to the very idea of a guitar solo. But what a spectacular moment in a great song: “your baby loves to dance,” Young sings, and then the single guitar note propels you into ecstasy without overwhelming the driving rhythm—how could anyone help but dance?

Okay, guitar nerds: any one-note solos I missed? I spent some time sifting through my collections of Dandy Warhols and Oasis records but it seems like they always manged to throw in a second or third note. On the other hand, maybe there are brilliantly complicated solos that don’t burst your eardrums. Weigh in, Riffers, if you’re out there.