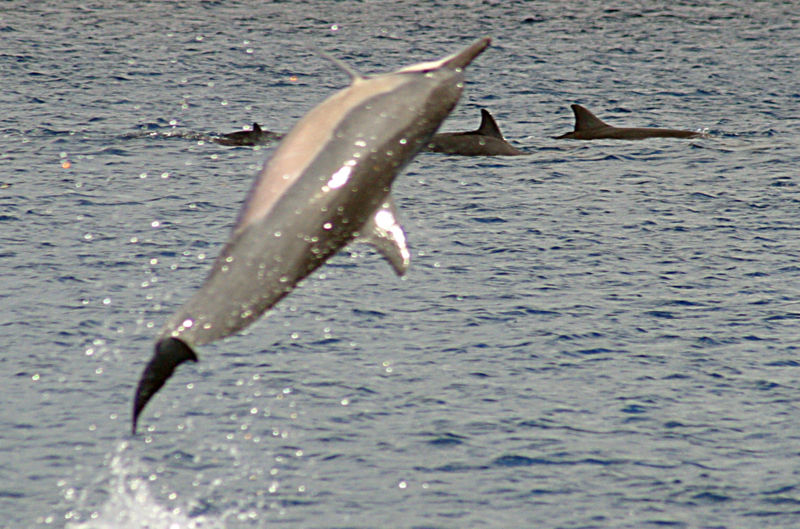 At long last the dolphins once caught in the Pacific tuna fishery seem to be recovering. Spotted and spinner dolphins in the eastern tropical Pacific appear to be on the increase after severe depletion in the tuna purse-seine fishery. Between 1960 and 1990 their populations dropped by 80 percent and 70 percent, respectively, of pre-fishery levels. And though they’ve been (largely) spared capture and drowning in purse-seine nets since the early 1990s, due to severe restrictions on the fishery, their numbers have not rebounded. Until now. “We expected to see these populations begin their recovery years ago, because fishermen have been so successful at reducing dolphin deaths,” said Tim Gerrodette of NOAA’s Fisheries Service. “The new data are the first to indicate the beginning of a recovery.” The news is tempered with caution though, since the numbers represent a short dataset (only the 2006 season), and since one of the four censused populations still seems to be declining. Nevertheless, it’s the first glimmer of hope that maybe we didn’t wait too long to take action.

On a personal note, this is the truly welcome news I’ve been hoping to hear for a long time. In 1990 I co-produced a documentary with Hardy Jones that included Sam LaBudde’s heartbreaking footage, shot undercover, of dolphins being slaughtered in the tuna nets. We included an unusual plea at the end of the broadcast, asking viewers to send telegrams to a big-name canned tuna company to protest the dolphin kill. We aired a Western Union telephone number (yeah, that’s how long ago it was). The response broke all Western Union records, and within two days, if I remember correctly, the tuna company announced it would no longer buy tuna unless it was caught with dolphin-safe methods. Others tuna companies quickly followed suit… So I for one will raise a glass in toast tonight to the people who worked so long and so hard on this issue, and who spilled a fair share of their lifetime’s allotment of sweat and blood in hopes of today’s good news. Thank you, ocean crusaders.

However, keep in mind, not all tuna labeled dolphin-safe really is. You can keep on top of what is and what isn’t at Earth Island Institute’s Approved Dolphin-Safe Importers, Distributors, Brokers, Retailers, Agents.