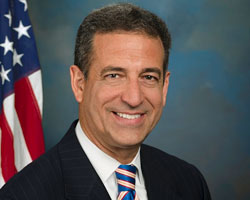 Sen. Russ Feingold (D-Wis.) has emerged as one of the Senate’s most outspoken defenders of civil liberties, casting the lone vote against the Patriot Act in 2001 and leading the charge against domestic spying and immunity for the telecom companies that provided customer data to the government under the Bush administration’s warrantless surveillance program. His efforts were set back on Tuesday, when the Senate passed the Protect America Act, by a 69 to 28 vote (with 21 Democrats voting “aye”). The bill gives the government expanded authority to monitor domestic communications and grants retroactive immunity. In a recent interview, Feingold talked to Brian Beutler about the erosion of civil liberties, the Democrats “constantly pulsating fear” of being seen as soft on terror, and how an Obama or McCain administration might approach the unprecedented expansion of executive power.

Mother Jones: On FISA (and the Protect America Act), a lot of people were impressed with the House Democrats’ performance back in February when they refused to advance the Senate bill (that extended the warrantless wiretapping program). In the interim, what happened? Where was the pressure coming from within the Democratic party to revisit this issue and not wait at least until there was a new administration in place?

Russell Feingold: This is just really amazing to me, because there’s always the pressure on this. There’s a very interesting thing that happens where people get fired up and people really have good instincts about civil liberties and would really prefer to be on this side. I think that’s what they really believe in. So you get kind of a head of steam, which I noticed happened with the blocking of the reauthorization of the Patriot Act for a while, until people caved. And it happened for a while even in the Senate on the PAA. But what was a surprise was what the House did. I mean that was really impressive that a group of people, including Steny Hoyer and others, stood up and said, “No, we’re not gonna do this.”

But the problem is that there’s this fear, that sort of grows over time, that somehow Democrats are gonna get hit over the head by claims that they’re soft on terrorism. And it always rears its head, especially when we’re heading into a recess period or an election period. We were able to make the argument early in the year that the orders were lasting for a year. So even if the law expired, the orders allowing the surveillance were still in place. Until August. But as you get closer to these deadlines, the administration uses these intimidation tactics, and far too many Democrats fall for it. There is this sort of inertia—if that’s the right word—that leads to ultimately the caving of very large numbers of Democrats, even voting for an awful piece of legislation like this. That’s the only way I know how to describe it. I don’t know, the day-to-day pressure—it’s like this constantly pulsating fear of being accused of being soft on terrorism.

MJ: How, politically, does one change that mindset— that being tough on national security means that the Democratic party has to support the erosion of civil liberties?

RF: I think you show people that those who stand firm on this do just fine politically. I like to think of myself as an example of that. There are many people like that. The truth is that if you properly articulate that you want to balance national security and make sure we protect civil liberties at the same time. And take the time to go through the arguments, which are very frankly easy to win—these are not hard arguments. When anybody really listens to it, they just kinda shake their head. Then you can prevail and show people that you don’t need to buckle at the knees on this. But it requires a little patience. It requires a little faith in peoples’ willingness to listen. And that’s how in the long run you prevail. And I’m hoping that a lot of people who run this time, unlike a lot of people who ran in 2006, are held accountable.

I’m sure many of our candidates are gonna say, “You know, I was against immunity and I don’t like this bill.” Well, they need to be held accountable when they get here. And that hasn’t really happened. We have a lot of Democrats, even some who voted to get us out of Iraq, who aren’t voting properly on this, in a way that is, frankly, very damaging to our efforts.

RF: Hopefully, under President Obama he will acknowledge, as he has in the past, not only how outrageous this immunity is—although that’s gonna be very hard to deal with because the horse may already be out of the barn—but I think, even more importantly, he will have an opportunity to review these very expanded powers that are given to the government to surveil our international communications. And to say, look, we need legislation that has some sort of court review and mechanisms for control of this, because it’s completely lawless. It’s much harder to pass something and change it after the fact. But I’m hoping we’ll have both houses (of Congress) and I’m hoping Obama will understand how important this is. And that will be a golden opportunity for him to correct one of many things that needs to be corrected from this administration. So I’m hoping it starts as early as January 20th.

MJ: What would a McCain presidency mean?

RF: You know, I think McCain would be better on this than the current administration, to be candid with you. There’ve been some remarks that he’s made about—even though he’s pulled back some on telecom immunity—he’s said that he would do no signing statements. I think he knows and his people know that this administration is just out of control and is just really lawless. But the difference between Obama and McCain on the specifics would be significant. I think that Obama would be far more likely to insist on some court review and some protections against things like bulk collection of information, reverse targeting of Americans. There’s no question he would understand that and I would hope we’d have a much better shot at him trying to correct those problems than Senator McCain.

RF: It would be, I think, the overall assertion that, under Article II of the Constitution, the president can look at a clear statute that’s been signed into law and ignore it because of his so-called commander-in-chief powers. Whether that means a justification for warrantless wiretapping, whether that means saying, “Look, I can do whatever I want on torture.” That overall assertion is the thing that underlies many of the specifics, and that’s the one that needs to be pushed back to the Youngstown Steel case test articulated by Justice Jackson.

MJ: Assuming that doesn’t happen, what is the most odious piece of legislation of the last seven years?

RF: The legislation isn’t as much the problem as, for example, the warrantless wiretapping program, which was instituted by executive order…. This new president, whoever it is, has to renounce these extreme powers, or it’s going to start getting locked into our constitutional history. Right now the position of this administration is an outlier in the terms of our constitutional history. If this new president doesn’t renounce it and say, “Look we’ve gotta get this back in balance,” then we will have altered the nature of our very Constitution.