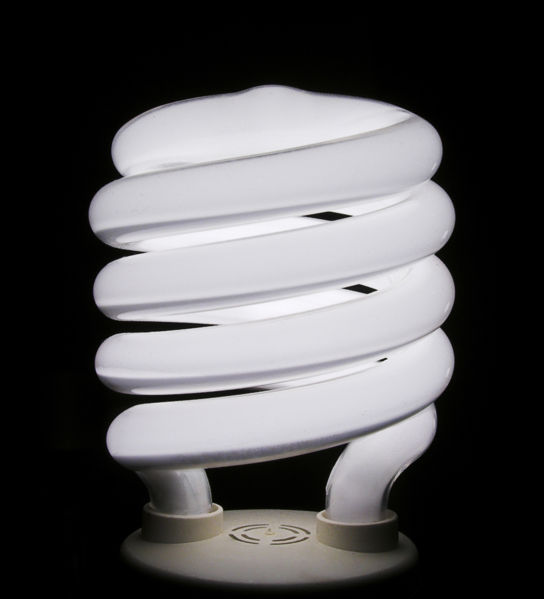 Not necessarily. Not all parts of the world stand to benefit by switching from incandescent lightbulbs to compact fluorescents (CFLs). California does not. New Mexico does. Much of South America does not. Estonia does. Why? Because some places produce more mercury emissions by switching to fluorescent lighting, thereby trading fewer greenhouse gas emissions for more toxic mercury pollution.

A Yale study found the effectiveness of the switch varies by region depending on how heavily each area depends on coal, on the chemical makeup of the coal by region (some coal has mercury), and whether or not recycling programs exist for CFLs. In general, the cleaner the energy environment already in place the more detrimental the switch to CFLs. Youch.

Compact fluorescents are four times more energy-efficient than incandescent and last up to 10 times longer. But they also contain mercury, a toxin that can be released during manufacturing and disposal.

The authors examined all 50 states and 130 countries and found that Estonia, which relies heavily on coal-powered energy generation, tops the list as the country that would see the greatest reduction in mercury emissions for every incandescent bulb it replaces with a CFL. Yet given its reliance on coal plus its huge population, China stands to reduce its mercury emissions by the greatest overall amount. Other countries near the top of the list include Romania, Bulgaria, and Greece. The US states with the most to gain by switching are North Dakota, New Mexico, and West Virginia.

Meanwhile much of South America, Africa, the Middle East and parts of Europe, along with Alaska, California, Oregon, Idaho and several New England states, would actually increase their mercury emissions by switching to fluorescent lighting.

The researchers stress their study isn’t an excuse to ignore the energy problem and stick with inefficient technologies. But they caution that blanket strategies such as recent bans on incandescent bulbs, adopted by several countries including the US, may be too general. All sustainability issues are local. The better answer: LEDs. The paper is available online at Environmental Science & Technology.