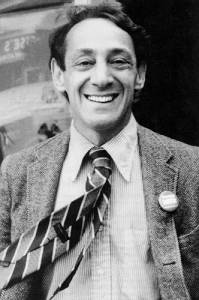 Harvey Milk, the San Francisco board of supervisors member who was assassinated in 1978, never considered himself to be a local anything. Milk, who was born in New York and has a high school in Manhattan named for him, also lived in California, Florida, and Texas during his life. He held office in San Francisco for a mere 11 months, but he had dreams of becoming a mayor, a congressman, and after that, who knew? So it seems incongruous that California governor Arnold Schwarzenegger would decline to commemorate Harvey Milk’s birthday by deeming the first openly gay man in the nation to hold public office a “local” figure.

The Milk bill, sponsored by California assemblyman Mark Leno, sought to make Milk’s birthday (May 22) a statewide “day of significance.” The bill itself is fairly low-impact: schools and government institutions would remain open for regular business. The bill would only “encourage” educational institutions to “conduct suitable commemorative exercises on that date.” In September, Schwarzenegger vetoed the bill saying that Milk’s “contributions should continue to be recognized at the local level.”

Last week Gus Van Sant’s film about Milk opened as a limited release. At the Castro Theatre in San Francisco, the line to enter the movie stretched for almost two blocks. According to the Hollywood Reporter, the movie earned a record-breaking $1.4 million in three-day box office, or $38,375 per location. The film’s five-day Thanksgiving Weekend total gross was $1.9 million. Local level, indeed.