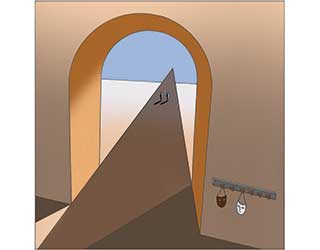 The Onion summed it up best: “Black Man Given Nation’s Worst Job.” So many daunting challenges face President Obama that it’s hard to know on which to offer him my unsolicited advice first. It’s a crapshoot as to whether any president could heal our bedridden economy, guide us out of Iraq, end our petro dependence, save the environment, and convince the world that the last eight years were an aberration of which we are ashamed. Only Obama, however, gives us any reason to hope that we can begin to bridge the divide between the races, so I’ll leave those other issues to, well, other journalists.

America’s election of its first black president has to be followed by a demonstrated and pragmatic drive to improve race relations, or we’ll have fallen prey to the biggest delusion in world history. For all the racial ugliness this campaign has exposed, though, and for all that will no doubt follow, it’s not only whites who will imperil this process. Obama will have to lead both races in redefining blacks in the American mindset. Unless I’m much mistaken, blacks will face the greater crisis of imagination.

Now that a black man is president, and could not have been made so without the efforts of millions of whites, the temptation for them to run out of patience with blacks’ continued complaints will be tremendous. Simultaneously, millions of blacks woke up on November 5 with yet another buppie made better off on their backs while they remain jobless in dangerous neighborhoods, their immediate futures no brighter for knowing that cornbread may start appearing at the White House Thanksgiving table. When we all stop weepily singing “We Are the World” and emailing each other about what Great-Aunt Bessie would say now if she weren’t dead, we’ll find that race is still a festering wound. A wound believed to be self-inflicted on one side, daily resalted on the other. It was distressing to hear John McCain, in his otherwise gracious concession speech, invoke “the special significance [Obama’s win] has for African Americans and for the special pride that must be theirs tonight.” The pride is America’s, not blacks’ for finally winning one for their side. Our new president must constantly require us to work for “country first”—not for our individual factions.

Here’s the minefield that Obama will be forced to navigate: making whites understand that racism didn’t die the moment cnn called the election (an Oval Office Negro won’t make a convicted felon any more employable) and helping blacks remain patient with the slow pace of racial progress (an Oval Office Negro won’t make the Sean Hannitys of the world any more receptive to racial appeals). As always, blacks have the harder row to hoe. They have to believe, truly believe, that America finally means to do the right thing. That means accepting that what exactly “the right thing” is will be damnably difficult to sort out, and that demands have to be couched in the language of national progress and unity. However justified blacks feel in a demand for redress, read my lips: It. Ain’t. Gonna. Happen. It shouldn’t, because then change won’t be perceived as an investment in a precious and underdeveloped resource, but as charity. Don’t believe it? Take this classic reaction to blacks’ traditional cries for a war on poverty from the fall 2008 City Journal, a thinking conservative’s magazine:

“Do our cities need another War on Poverty? Barack Obama thinks so…The [nation’s] mayors, joined by many newspaper editorial pages, have echoed Obama in calling for vast new federal spending on cities. All of this has helped rejuvenate the old argument that America’s urban areas are victims of Washington’s neglect and that it’s up to the rest of the country (even though most Americans are now metro-dwellers) to bail them out. Nothing could be more misguided than to renew this ‘tin-cup urbanism.'”

To this callous “let them eat cake” sentiment, true racial progressives must fashion a pragmatic response, one that turns the temperature down, allows white America to save face…and allows whites to benefit. Two generations of emotional appeals about the legacy of slavery have taken us only so far; pointing out that a 35 percent high school dropout rate for blacks in my town—Albany, New York—is not only bad for Albany, but bad for America, is a different kind of argument. It’s a defusing and diffusing argument, one that shifts the burden to its opponents. It also forces America to deal with blacks as Americans, not as a perennial problem, like a tumor that must be constantly worried over. How many unemployed rock slingers could be teachers? How many welfare moms could be doctors? And how easily would the investments in them be repaid? For all that that argument leaves out, it’s one that allows others to do the right thing for the wrong, but patriotic, reason.

Whites, meanwhile, will have to process black demands in this same vein: not as a call for handouts, but as a necessary reallocation of national resources that has the added bonus of unofficial apology. And both groups will have to reimagine the role of blacks in American life, not as losers begging to be saved, but as citizens who lack only the investment of their fellow countrymen to make America better.

The “us against them” attitude must be lovingly confronted at every turn. Blacks (forgive me for ignoring everyone else for purposes of this argument) must learn to guilelessly ask questions like, “Wouldn’t it be cheaper, and a better strategy, to sentence nonviolent, first-time, low-level offenders to substantive community service in the neighborhoods they harmed with their behavior—rather than burdening our overloaded criminal justice system with knuckleheads whose futures will thus be derailed?” It will be up to Obama to parse both the demands and the responses, to separate the progressives from the unreconstructed on both sides.

To move us all ahead on the road to racial harmony, Obama will have to teach America to see blacks differently, and (here’s the hardest part) blacks will have to behave differently. That doesn’t mean less flamboyant names for kids, an end to purple hair extensions, or buying belts and pants that fit. It means accepting that racial progress must now, God help me for saying this, be melded into overall social progress. To my own great surprise, I’m arguing for a reorientation from race-based remedies to class- and problem-based ones.

Why “God help me”? Because reparation, in the form of a concerted program of inner-city uplift, an overhaul of the criminal justice system, a reengineering of education, and the like, is the minimum that justice requires. There’s no mystery as to why the black underclass is exactly that. But the difficulty I had in writing this essay revealed something to me that I was loath to accept. I’ve long argued that because blacks are Americans, nothing can be good for black America that is bad for America and vice versa. Well, the logical conclusion of that argument, much as I don’t want to go there, is that “black” must be taken out of that sentence and replaced with “any underperforming, underutilized segment.”

Descended from a long line of nameless slave field hands and Jim Crow sharecroppers, I’m bitter and angry at this realization, but both morality and practicality require it. In my soul I want America to take responsibility and atone for what it’s done and continues to do to my people. I want to stage a one-woman race riot when I read statements like these, written within days of Obama’s win: “The vast majority of Americans have nothing to apologize about when it comes to race relations” (City Journal), and “We are free at last from the tedium of the preoccupation with skin pigmentation” (Boston Herald).

But two facts make inescapable for me this new way forward. First, it’s immoral to ignore the suffering of other groups languishing on the nation’s margins. Second, many whites will remain unmoved by appeals for racio-social uplift unless they believe they will benefit from it. Whatever must be done to help black America can only be accomplished in the same way that Obama wove together Southern evangelicals, apolitical white college kids, and black grandmas into a grassroots tsunami—by focusing on what’s best for America. You can’t argue that urban zip code x needs investment without arguing that working-class white zip code y does, too, not when their problems (e.g. educational underachievement) are equally severe.

Here’s another postelection Onion headline that makes this point tidily: “Nation Finally Shitty Enough To Make Social Progress.” Given the abysmal condition we find ourselves in, the bulk of both races have more in common—utter instability—than ever before. I am, by definition, elite. Harvard Law, national talking head, successful author. I’m also self-employed, and so, after years of paying $1,000 per month for health care the only way I could—plastic—I found myself applying for poor people’s health insurance. My pampered kids and I sat in a grim social services office dreading the government bureaucrats I assumed would humiliate me. With a seven-page CV, I felt powerless and terrified that I’d leave that place with no way to safeguard my children’s health. Treated with nothing but kindness, I nonetheless witnessed firsthand the leveling effect of a health care system made incompetent by greed. However much blacks lack health care, the crisis affects all but the very rich. However often blacks face foreclosure, the crisis affects all but the very rich. On a sinking ship, everyone is equal except those who own all the lifeboats.

Only the twin conditions of a nation near rock bottom and a black politician who all but walks on water could have brought Americans together. All the traditional coalitions and alliances are offline. So let’s refashion them from the ground up. Let’s talk class, not race. Problem areas, not the pigment of those living within them. Because in the end, what hurts one hurts us all. If Obama can’t make America understand that, no one can.