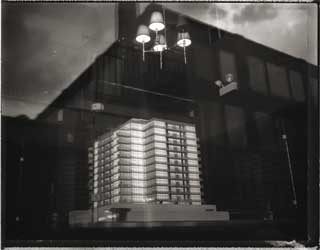 It’s 1971. Mine is the second black family on the block, fresh from a housing project on the impoverished West Side. The other black family lives in the house next door. They have been there for only a week. There are six children, just like in my family, and their parents are greeting my parents with an enthusiasm I don’t understand because I’m only seven. They must be old friends, I decide, though this delicate conclusion is broken by an overheard conversation about the white neighbors. I wouldn’t exactly call them nice, I hear, but since they ain’t tried nothing foolish, we getting along just fine. And now I fear that what our relatives in the projects warned us about is true: The dream house my parents have labored and sacrificed for is in hostile territory, deep behind enemy lines. The blacks next door are not old friends. They, like my family, are prisoners of war.

This conclusion is delicate, too. It survives only three days before it is broken as well, thanks to the white boy who comes to our house. He is holding a curious contraption made of rubber bands, a patch of cloth, and a piece of tree. “It’s a slingshot,” he says. “For hunting mice.” He offers to make me one, too. I mention that I have a new skateboard and watch his eyes widen. A truce has been called. When I introduce him to my father and ask if I can go with him to play, my father consents with even more enthusiasm than he showed the black neighbors. I don’t understand this, either.

A few weeks have passed, and now there are white children everywhere, their joyful shrieks mingling with mine, my siblings’, and the blacks’ from next door; for the rest of the summer my father’s faith in the goodness of mankind is justified. I sometimes hear him speak of this, saying that he always believed the day would come when whites would not respond to blacks with fear and distrust. They would do the right thing. All blacks have to do, my father maintains, is to keep giving whites a chance, and to be patient.

It is five years since we moved to the South Side, and I decide my father is wrong. Our white neighbors have moved to the suburbs. The family-friendly businesses they owned have been abandoned, replaced by liquor stores and taverns or left as shelters for addicts and bums. Scores of homes have been sold at inflated prices to blacks who could not afford them, and that has brought dilapidation, foreclosures, and slumlords. The change has been swift and dramatic, a twisted kind of gold rush where too many of the migrants seek wealth through crime. And white people, it seems to me, are responsible for it all.

I cannot tell my father this. He is too busy telling me it’s everyone’s responsibility to be decent and moral. He hopes I’ll adopt this view and thereby be shielded from a crippling bitterness and the deadly enticements of our new ghetto. He is wrong about this, too.

So now, as I looked at these photos, I nodded in sad recognition at the boy who was me at 16, my shirt off, my head in a bandanna, my curved fingers giving a gang sign to a passerby. I saw the casket and remembered the one that carried a close friend, his 24-year-old body filled with bullets. I saw the makeshift shrine and thought of how, as I passed many just like it, often while high on weed or cocaine or Wild Irish Rose, I felt a perverted sense of respect for the deceased, as if I were in Arlington National Cemetery and not on 79th Street. And I saw the excavator perched atop the rubble of affordable housing, so much of which has been razed to make way for luxury lofts and condominiums. I wondered where the people who used to live there have gone.

Looking at these first few photos depressed me, so I was relieved to see the one of the graduation party; it reminded me that, despite all the hardship and suffering, by far most of the times were good. I looked at the Bud Billiken Parade and recalled the dance moves of the marching band I later tried with my sisters. And I looked at the photo of the elderly man standing alone on a quiet street, his face proud and determined, and that, of course, made me think of my father.

He died four years ago, at age 68, too young by any measure but old enough to have seen me pull my life together. Juvenile angst and delinquency having long run its course, I’ve become a younger version of him, a committed husband, a doting father of young children, and hopeful of the future. I now can see what he saw when he moved us to the South Side, believing it could be the new frontier of racial reconciliation. I came to share his view that white America would one day not respond to blacks with fear and distrust. It is only fitting, then, that one of these photos is of the South Side’s favorite son, Barack Obama, elected president because, given this chance, whites did the right thing. And I can’t help but wish my father were alive to witness the arrival of this world he always imagined, this movie reel that played continuously in his mind.