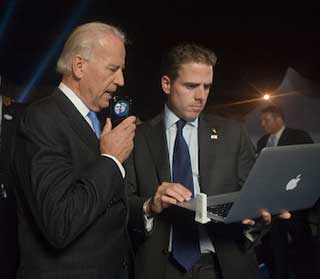 In late October—the day after General Colin Powell’s endorsement of Barack Obama put to rest any doubts of the Democrat’s standing to become commander in chief—Obama received a second, perhaps more telling, endorsement from Eric Schmidt, the moonfaced, bespectacled ceo of Google. Schmidt not only vouched for Obama as a candidate for the Oval Office, he deadpanned that the Democrat might be qualified to take the reins at the Googleplex. “These guys managed to hire 3,000 people, create a billion dollars in revenue, and recruit a million volunteers in two years,” he told me in a postelection interview. “Those numbers are faster than Google’s—and Google was the fastest thing I’ve ever seen.”

The praise offered validation—if any were still needed—that Obama had created the most technologically innovative, entrepreneurially driven campaign in American political history. Now, more than a decade after Bill Clinton promised it, Obama is about to march the federal government across the bridge to the 21st century. He has vowed to bring every federal agency up to current tech standards, appoint the nation’s first chief technology officer (see “Hail to the Geek“), and “use technology to open up our government…and invite all Americans in.” In short, to end Dick Cheney’s reign of darkness with Internet-powered sunshine.

For those who immersed themselves in the campaign text by text and tweet by tweet, it’s easy to lose perspective of just how radical a challenge Obama presented to the traditional model of politics. From Richard Nixon through George W. Bush, the essence of presidential campaigning had been “a tarmac hit, a 30-second spot, and 200 kids in the campaign headquarters,” says Simon Rosenberg, founder of the New Politics Institute, a think tank that focuses on the intersection between politics and the Internet. Obama, by contrast, leveraged Web 2.0 technologies to create a bottom-up campaign that got millions of people to pitch in, not just as donors but as partners.

Necessity was the mother of this invention. “It was brilliant—and they had no choice,” says Schmidt. Facing in Hillary Clinton a primary opponent who’d mastered the top-down techniques and had locked up the backing (and dollars) of the party elite, Obama was forced to trust his fate to small-time donors and community activists. Early on, he snatched up key talent, including Chris Hughes, his “online organizing guru” and one of the wunderkind founders of Facebook, as well as Joe Rospars, a droll 27-year-old who looks like he might be John “I’m a PC” Hodgman’s younger brother (and who was a key player in Howard Dean’s failed bid for the White House) as his new media director.

The results were impressive. Obama—who never took much interest in courting the existing netroots establishment—didn’t merely build his own MoveOn, he trebled it, with an email list that is now estimated to top 10 million. The campaign’s wildly successful text-message stunt—breaking the news of its VP selection exclusively to those who’d signed up for a text alert—allowed Rospars & Co. to amass nearly 3 million cell phone numbers, and then to target text messages to the pockets, purses, and belt clips of Obama’s most motivated supporters.

Moving beyond the rudimentary one-way mode of texting, the Obama campaign also rolled out an iPhone application that made it easy to view the campaign’s latest news clips and videos, and even reordered a user’s contact list by swing state. On Election Day the application ranked as the iPhone’s 31st most popular free download—ahead of MySpace Mobile.

If innovating on a niche platform like the iPhone was an easy call in those flush final weeks, the campaign’s social network, My.BarackObama.com, was a riskier bet in 2007 when resources were so tight that even top consultants were asked to drive themselves from Chicago to Iowa. Yet it’s safe to say that the Obama victory would have been impossible without that investment.

MyBO’s Web 2.0 platform allowed for continuous communication between the campaign and some 2.5 million supporters who registered on the site. More critically, it gave Obama fans a virtual public square in which to organize—by geography, demography, or shared interests. “The campaign knit thousands of affinity groups together through MyBO,” says William Kennard, a former Federal Communications Commission chairman and top tech adviser to the president-elect. Take for example the nearly 40,000-strong Florida Women for Obama, one of the largest groups on the MyBO network. By Election Day, it had hosted nearly 5,000 campaign events, called more than 120,000 voters, knocked on more than 12,000 doors, and raised nearly $350,000. All without the campaign having to put anyone on the payroll.

Technology was also used to dramatic effect in the campaign’s voter file. Traditionally, this database is accessible only to paid staff. The Obama campaign, under the direction of field director Jon Carson, opened up the list to its volunteer precinct captains in a massively multiuser format—”in much the same way Wikipedia works,” Carson says. Crowdsourcing the get-out-the-vote effort gave the campaign a real-time measure of its performance on the ground: “I don’t ask the field directors in the state for a typed-out report on what’s happening,” Carson told me when I visited Obama’s Chicago headquarters. “I can tell you how many contacts they made in Pennsylvania last night, because it’s logged in the voter file.” On Election Day, via a technology code-named “Houdini,” deputies in the field could track who among the campaign’s get-out-the-vote targets had already hit the polls. As names of voters were checked off online, they disappeared (Houdini-like) from the target lists, allowing precinct captains to zero in on the remainder.

“As somebody who grappled with the primitive stuff we had in 2004 with the Dean campaign,” says Joe Trippi, who oversaw the Dean effort, “it’s incredible and a real tribute to the Obama campaign” that version 2.0 was good enough to win. “They absolutely perfected it.”

Still, for those evaluating Obama’s promises of openness and transparency, the campaign wasn’t a direct-democracy utopia: The effort may have been powered by millions of volunteers, but it was never moved by them. The command team in Chicago was as insular and opaque as any campaign in recent memory. Perhaps the most important decision maker after Obama—campaign manager David Plouffe—was also the most reclusive, rebuffing all but a handful of media interviews, to the point where even today political commentators habitually mispronounce his name. (It rhymes with “tough.”)

This open-and-closed dichotomy sometimes produced discord, as when the campaign unceremoniously usurped the MySpace “barackobama” page from a volunteer and lost 160,000 “friends” in the process. The most public incident came last summer in the aftermath of Obama’s abrupt reversal on immunity for telecom companies that helped the government spy on Americans. A protest group on MyBO soon became the network’s largest (it stands at 23,000 members today) and caught the attention of the media. Obama eventually posted a detailed blog entry defending his decision, and directed three of his senior advisers to participate in a 30-minute online town hall with critics.

That defused things a bit, but Kennard—currently a member of the Carlyle Group, a politically wired investment firm—says the telecom clash showed that Obama isn’t going to be overruled by the electorate: “You’re not going to change your carefully considered decision just because you’ve talked to some people on the Web.” The campaign’s innovation, he says, was not so much about participatory decision making, but about unmediated communication: “Can you imagine John McCain—or any other politician—engaging with his constituents in this kind of forum?”

Indeed, the most concrete of Obama’s high-tech proposals are more technocratic than revolutionary. In the keystone of his good-government reforms, Obama has pledged to force every executive department to “conduct the significant business of the agency” in front of a webcam, so it can be viewed by any citizen muckraker. He also wants federal agencies to throw open government databases so that anyone with a spreadsheet program—from a high schooler writing a report on his local watershed to economists poring over health care statistics—can crunch the data. And he has committed to making most legislation available for a five-day public comment period before it’s signed, the better to ferret out midnight riders of the sort that deregulated the financial industry.

Beyond that, says Rosenberg of the New Politics Institute, “one would suspect that WhiteHouse.gov starts to look a lot like My.BarackObama.com, and that people will be able to sign up on the site and engage with the president.” FDR, he notes, “used radio to create greater intimacy with the American people. Obama is going to have a set of tools far more powerful than radio was.” A preview of this transformation is on display at Obama’s transition site, Change.gov, which features a presidential blog, lets visitors submit their résumés, and, of course, collects the email address of anyone who signs up.

Whether all this enhanced communication will become a true two-way street is an open question. The Obama campaign did experiment with using collaborative tools for policymaking, setting up dozens of online advisory forums and inviting experts (though not the general public) to participate in free-flowing debates. “It’s like a listserv,” explains Kennard, who participated in the 400-member technology and media group with an all-star cast including Craigslist founder Craig Newmark and Google’s Schmidt. “You get to tap into broad expertise without having to assemble a commission.”

Of course, notes Schmidt, a listserv model can only go so far—and it will fail if the person with the key idea on the economic crisis is someone you’ve never thought to invite. The “holy grail” of collaborative policymaking, says Schmidt, “is where everyone participates, where every idea is surfaced, and then the bad ones are quickly eliminated. The best idea may not come from your staff.”

Unveiling his tech agenda in early 2007, Obama made an oblique nod to this thinking, pledging to establish “pilot programs” to “tap into the vast and distributed expertise of the American citizenry.” Schmidt says he’s confident the new administration will offer some bold experiments along these lines.

Perhaps Obama’s real secret weapon, though, will be to use his prodigious campaign machinery exactly as it was designed—for campaigning. According to a spokesman for the Federal Election Commission, the president will be free to make use of this infrastructure to promote his political agenda, just as long as its activities do not personally enrich him. This will likely mean, say sources close to the campaign, that Obama can rally an army of 10 million activists to agitate on behalf of his health care agenda, energy independence, or a bailout targeting Main Street. As Schmidt puts it, “They’re on to something big.”