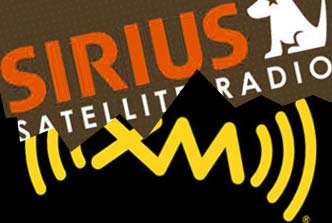 Sirius XM, the satellite broadcaster who only recently combined their previously-competitive channel offerings and cut a whole bunch of the popular stations, suddenly has an even more uncertain future. The company is preparing for a possible bankrupty filing, which “could come within days,” according to the New York Times. However, this may just be a crazy high-stakes cat-and-mouse game with EchoStar/Dish Network bigwig Charles Ergen, who controls a whole bunch of Sirius’ bulging debt. Ergen would apparently have to make a formal offer to purchase the company sooner than later if he wanted to avoid the bankruptcy mess, so it’s kind of like Sirius CEO Mel Karmazin (formerly in charge of former Party Ben employer CBS awesome radio!) is saying pony up or watch us go bye-bye. Gutsy!Sirius is of course home to Howard Stern, whom I listened to quite a bit last weekend in a Sirius-equipped rental car. Stern continues to be pretty hilarious, although it still startles me to hear people swear on the radio. Flipping through the various Sirius XM channels, I discovered an ironic situation: the only stations I wanted to listen to for more than a few minutes were rebroadcasts of real live radio and TV stations: BBC Radio 1, NPR, CNN. Even the Sirius dance station, BPM, only seemed to get interesting when it switched over to BBC-produced mixes. God bless Sirius for trying, but I’ve always maintained that a satellite radio “network” that produces all its own content is like a cable TV company that offers 100 channels of, say, “Comcast Local Spotlight” or school lunch menus. Full disclosure: I do production and programming work for an internet radio company, and sure, it could be considered in competition with Sirius. But the satcaster has blown through so much money, it almost seemed designed to fail, although if it does, you can bet Karmazin won’t go hungry. I just hope Howard lands on his feet; say what you will, but he’s always entertaining, and is one of the few things Sirius does itself that’s worth listening to.