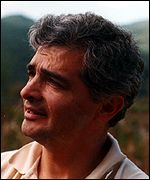 In April 2002, I sat in the office of UC Berkeley environmental science professor Ignacio Chapela as an ancient telephone chortled incessantly with calls from scientists and journalists curious about his latest study, a paper published in Nature showing how genes from GM corn entered local varieties of the plant in Mexico, where GM crops are banned. Samples of the corn sat in vials on his desk. An international controversy had erupted over the experiment, and earlier that month the prestigious journal published an unprecedented near-retraction. “Nature has concluded that the evidence available is not sufficient to justify the publication of the original paper,” said a terse editorial note. Chapela admitted to making a few interpretative mistakes, but stood by his findings even when a study by a different team of researchers in 2005 was unable to replicate his results. His findings were finally corroborated this week by scientists from Mexico, the United States, and the Netherlands who looked at thousands of seed samples from hundreds of Mexican corn fields and found that around 1 percent of them had genes that had jumped from GM varieties. Even before this week, major detractors agreed with Chapela’s main point. Corn disperses pollen easily, so one should expect that GM pollen carried by the wind has mated with local corn varieties in much of the world.

Although neither expensive–total cost $2000–nor surprising, Chapela’s study was attacked because it provoked ongoing feuds. Disagreements about what might happen when GM crops interbreed with their unaltered neighbors are now more than a decade old. Scientists still debate whether transgenics will diminish genetic diversity in local crop varieties, kill beneficial creatures, or reduce the ability of entire plant populations to survive.

Scientists already know that pollen from GM crops can kill beneficial insects. For example, the Bt gene in corn poisons pests like the European corn borer but could also inadvertently wipe out the valuable Typhlodromalus aripo. The T. aripo, as it is known, eats both corn pollen and the ignominious green mite, which wreaked havoc on Africa’s cassava crop in the 1980s and early 90s. The mite was accidentally introduced from South America and scientists combated it in 1993 by importing the T. aripo from Brazil. After it went to work eating mites, it immediately increased cassava yields by 35%. The addition of Bt pollen to that diet could be a boon to the mites and a disaster for T. aripo and farmers. “If it destabilized cassava,” says Andrew Paul Gutierrez, a Berkeley researcher who has done computer modeling on GM crops, “it could destroy the basic food staple for 220 million Africans in an area twice the size of the United States.”

Accepting such risks becomes even more difficult given that Bt is probably only a temporary solution to insect invasions. Last February, University of Arizona researcher Bruce Tabashnik documented the first case, in GM cotton, of insects developing a resistance to the Bt gene. “My own experience in the history of insect resistance is that they develop resistance to whatever control measure is used against them,” he told me in 2002. “I think it’s just a matter of time.”Even more disturbing to ecologists than the Bt issue is the threat of a GM crop becoming a “superweed,” a plant with the ability to invade and dominate the landscape. Many scientists feared that the biotech company Asgrow had created what could become a kudzu-like threat when it introduced a GM squash in 1992. The squash was capable of breeding with wild squash in Texas but possessed a potential advantage: resistance to a virus that had been a bane to squash growers for years. When environmental groups protested, the Agriculture Department commissioned a report by Hugh Wilson, a squash expert at Texas A&M University, who found that the few studies done to approve the crop “point towards the clear presence of risk.”

If the sobering scenarios of squash superweeds or killer corn were the limits of scientists’ concern over genetic engineering, then more people might agree that experts could predict problems with GM crops and design efficient rules to control them. In fact, critics like Chapela point to worries that run much deeper.

What troubles some scientists the most about GM crops are behavioral quirks known as pleiotropic effects. These variations in how a plant looks and acts are caused unintentionally when technicians insert plants with new genes, and they can’t be predicted.  For example, a gene spliced into a plant’s DNA may make it resistant to insects, as a scientist plans, but it could also make the same plant change color, grow more slowly, or produce only tiny leaves, all for no foreseeable reason. Scientists in the lab discard GM plants that exhibit such traits–when they notice them. But some negative effects can be difficult to catch, and it is these that Chapela believes could create problems in the field. An unanticipated trait that caused a GM crop to consume more water, kill beneficial insects, or deplete soil nutrients could seriously harm the environment before anyone notices. To be sure, unpredictable effects like these sometimes occur naturally in individual plants when radiation mutates their DNA, scrambling its genes. Yet Chapela says the range of random behavior that a set of genes can create increases dramatically if but one of them has been inserted from another species. “Almost anything you can imagine is possible,” he says, “and that’s one of the scary things about genetic engineering.”

The government does not require testing for pleiotropic effects in GM crops, and with a nearly infinite number of the effects conceivable in each engineered plant, doing so would be impractical anyway. No crop approved for commercial use has exhibited an ecologically destructive pleiotropic effect, but some experiments have shown it could happen more easily than once thought. In 1998, geneticist Joy Bergelson at the University of Chicago compared two types of arabidopsis plants equally resistant to herbicide. One had received its resistance through genetic engineering, the other through conventional breeding. She found in field trials that the GM varieties passed on their genes to future generations more effectively, even though both strains of plant grew identically. The study seemed to suggest that something about the transgene caused it to spread more easily. And it pointed to a wide ranging and disturbing possibility: that a GM plant could overrun the environment for reasons scientists don’t understand and haven’t thought to explore.