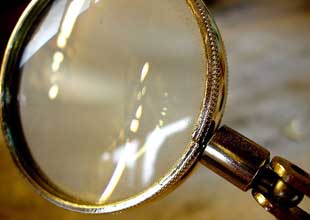 The Democrats on the House committee charged with oversight of the executive branch want to hold the Obama administration accountable—they just don’t want to do it in public.

According to White House and congressional aides, Democrats on the
House oversight committee have sent a letter to the administration
asking questions about the White House email system and the administration’s methods of
preserving electronic records. The Democrats’ letter echoes one sent on February 19
by Rep. Darrell Issa (R-Calif.), the ranking Republican on the
oversight committee, to White House counsel Gregory Craig. Issa asked about the status of a White House effort, which
began under the Bush administration, to install a new archiving system.
He also requested information on the “White House’s policy for ensuring
that all messages sent or received by White House staff on private,
non-governmental e-mail accounts are preserved according to law.”
Unlike Issa’s letter, which was announced in a press release and posted
on the Web, the Democrats opted to keep their request for information
private.

There was one other key difference. The Republicans asked the Obama White House to respond to their questions by March 4. The Democrats’ didn’t set a deadline, instead asking only for the administration’s “prompt attention.” This has generated suspicion on the Republican side of the committee. “Did the White House call and ask the majority to send a letter so they can respond to the majority’s and not ours?” asks Kurt Bardella, a spokesman for the committee’s Republicans. The White House has informed the committee’s minority staff that it plans to answer the Democrat’s deadline-less letter at some point, Bardella says.

The handling of White House emails became a controversy during the Bush administration, when it was revealed that millions of internal emails had gone missing due to a lackluster archiving system. Other emails were also lost because Karl Rove and other top White House officials used Republican party email accounts to conduct government business. All of this remains the subject of litigation by two nonprofit watchdog groups, which sued the Bush administration—and now the Obama administration—to ensure that presidential email records are properly preserved.

“Whether or not [committee chairman Ed Towns (D-NY)] is sending out a press release, he’s still not sitting back like the Republicans did when they were doing oversight of the Bush administration,” says Jenny Rosenberg, a spokeswoman for committee Democrats. “We have some concerns about the overhaul of the emails system in the White House, we’re asking them to clarify what’s going on, and we hope to learn more.”

Keeping the letter to Obama private represents a shift from the Democrats’ Bush-era oversight practices. From 2006 to 2008, the oversight committee, chaired then by Rep. Henry Waxman (D-Calif.), was a constant thorn in the White House’s side. Waxman often sent the Bush administration letters requesting information about a host of issues—from Blackwater to the CIA leak scandal to Iraqi oil contracts—and made his demands and deadlines publicly known. “Mr. Waxman made a practice of calling out the administration very publicly, setting deadlines, and then holding the administration’s feet to the fire if they failed to meet that deadline,” Bardella says.

Under Towns—and with a Democrat in 1600 Pennsylvania Avenue—the oversight committee seems to be willing to give the White House more leeway. But it’s not just the Democrats who seem to be singing a new tune. The Republicans have also changed their approach. Issa, for his part, is a recent convert to the importance of preserving White House emails. In 2007, when Waxman held a hearing on the use of non-governmental email accounts by Bush administration officials, Issa asked whether the committee was “simply going on a fishing expedition at $40,000 to $50,000 a month.” Now, he’s demanding answers. Years earlier, when the Clinton administration had email issues in the 1990s, the Republicans, then controlling the committee, wrote that “the e-mail matter can fairly be called the most significant obstruction of congressional investigations in U.S. history.” At the time, the minority Democrats and Waxman shot back that “this Committee has a long history of making unsubstantiated allegations.”

“It sometimes surprises me that we are not able to consistently have across the board support for these transparency issues,” says Meredith Fuchs, the general counsel for the National Security
Archive, one of the groups suing the Obama administration over
email preservation. “The government is going to go back and forth from one party to another. The goal ought to be that we have accountability and transparency in every administration.”

The Obama administration, though, is showing signs that it may be looking to settle the emails case. While the White House says it does not comment on ongoing litigation, Fuchs confirms that the National Security Archive is in talks with the White House about resolving the case. “I am hopeful,” she says, “but there are a lot of unknown facts to sort out before we can get to a point where we can be confident that adequate measures were taken to restore the millions of e-mails lost by the Bush administration and that the Obama administration has a better system for preservation.”