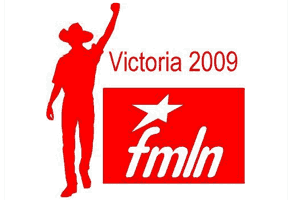 Polls show that the Farabundo Marti National Liberation Front, which ditched its guns and became a political party under the terms of a peace agreement in 1992, stands a good chance of winning El Salvador’s presidential election on March 15. If it does, one of the old warhorses of the Latin American left (in Spanish: Frente Farabundo Martí para la Liberación Nacional, or FMLN), which came close to defeating the Salvadoran army in the early 1980s, will triumph at last through the ballot. For the wizened veterans who hobble around at FMLN rallies with Cuban prosthetic limbs and war stories to curl your ears, that would be a heady moment indeed.

The FMLN candidate, a television talk-show host named Mauricio Funes, speaks to Salvadorans as though he’s got victory in the bag.

Funes isn’t an obvious fit with the former guerrillas and union organizers who still hold most of the leadership positions in the FMLN. He was never a guerrilla, has never held public office, and, by his own account, only asked FMLN’s bosses to be their candidate after he grew exasperated with the misrule of El Salvador’s long-ruling ARENA party. After three previous defeats, they readily accepted. A polished speaker who covered the war as a TV reporter, he has waged an upbeat, future-looking campaign that contrasted sharply with ARENA’s dark warnings about communism and chavismo. He has cast himself as a modern social democrat in the mold of Barack Obama and Brazil’s Luis Inacio Lula da Silva—both of whom figure prominently in the FMLN’s television ads. In one, the words “Yes, We Can,” and Obama’s face, appear on the screen before dissolving into an image of Funes.

The message: Just as Americans overcame the nonsense about Obama being a Muslim or terrorist, so Salvadorans can overcome the fear of electing a leftist as president. Other ads show sunny images of smiling kids and old folks, the candidate moving easily among them in an immaculate white guayabera shirt.

With such an optimistic pitch, those of us living in El Salvador can’t help wondering if Funes understands what a mess he will inherit if he wins. Twenty years under successive right-wing ARENA presidents have left El Salvador with high crime, a sluggish economy, no relief from poverty, and abject dependence on foreign-currency remittances as El Salvador’s exports stagnate and its people stream to the United States.

Nothing shows better the wreckage of ARENA’s free-market policies than the remittance issue. Money sent home by Salvadorans abroad are the country’s largest single source of foreign exchange—$3.8 billion last year, equivalent to more than 17 percent of the country’s gross domestic product. In tiny El Salvador, the remittance economy has produced some weird distortions. Despite a high birth rate, the latest census suggests the population has actually declined—to 5.7 million, compared to a previously projected 7.1 million—due to so much emigration. Women significantly outnumber men. All over El Salvador, grand and ornate McMansions built with remittance money and surrounded by barbed wire and guards with shotguns have sprouted up on the squalid outskirts of villages. There’s a whole new rural class hierarchy based on the number of family members living abroad. In one village, I met a young man whose six brothers had all migrated to the United States. They were the richest family in the village and had a brand-new pickup. Their parents were illiterate.

ARENA politicians used to portray Salvadorans abroad as heroes, the hermanos lejanos who journeyed selflessly to a strange land to support their families back home. They built a monument to the “distant brothers” in San Salvador and curried favor with the Bush administration to ensure that most could retain legal immigration status in the States and keep sending money home.

Now, with remittances slipping due to the US economic crisis, the Salvadoran economy is going into a tailspin. And more Salvadorans are starting to make the connection between emigration, family disintegration, and the country’s staggering crime rate.

“We can’t go on exporting workers and ripping apart the country’s social fabric,” wrote Joaquin Villalobos, a former FMLN commander who now opposes the group, in a recent essay. “ARENA’s economic model has created social decay and moral corruption due to the systematic pulling apart of families and communities…This is why there is such violence and insecurity…ARENA dismantled the state and the national productive apparatus, causing the current political and social chaos. But even worse is the fact that the FMLN, in less time, could multiply unemployment, insecurity and violence.” Crime in El Salvador has become part of the background of everyday life. A total of 3,179 people were murdered last year, according to police figures, giving the country a homicide rate 10 times that of the United States and one of the highest in the world for a country not at war. Figures so far this year are even worse: 689 homicides in the first two months of the year, which, at that rate, would leave the country this year with 4,500 dead. Government officials attribute the violence to gangs and organized crime and say few, if any, are politically motivated. But with such numbers, and with police so overwhelmed, who can say?

I live in an apartment block in San Salvador. Last week, my neighbor was killed. A little more than a year ago, a close friend of mine, an MIT-educated Salvadoran architect, was murdered in his home. No suspects have been arrested, as far as I know. A few weeks ago, the copy shop on my corner was held up. Last year, 146 people were murdered on buses in El Salvador, some of them passengers but many more of them bus drivers who refused to hand over the fare box to neighborhood extortion networks. When asked about violence against bus drivers, President Antonio Saca’s response was vintage ARENA. If all drivers simply refused to pay the extortionists, he said, then the problem would go away.

ARENA’s candidate Rodrigo Avila, the former chief of the National Police Force, has proven to be an energetic campaigner, but his crowds so far haven’t matched those of the FMLN. Avila’s party has a loyal following, a get-out-the-vote machinery worthy of Richard Daley, and a Republican-style willingness to go negative. They could still turn the election around. In January, an ARENA candidate confounded the polls and defeated the FMLN mayor of San Salvador, Violeta Menjivar, in her bid for reelection. That election was less about ideology than about nuts-and-bolts governing. Polls after the election suggested voters were unhappy about the state of city services under the FMLN on everything from transport to trash collection. Ironically, the FMLN is hoping the same thing will happen in the presidential election—that swing voters will look past the party’s hard-line ideologues and focus instead on ARENA’s sorry record of governance.

Will the elections be clean? Funes has warned constantly about the possibility of fraud. The FMLN’s supporters in North America and Europe have echoed the concern, but official election observers on the ground do not share it. No fraud was reported in the January municipal and congressional elections, previous presidential elections since 1992 have been clean and transparent, and this week the head of the European Union’s election observation mission said he saw no evidence to substantiate Funes’ claim that fraud was in the works. Even FMLN leaders question the claims. The popular FMLN mayor of the city of Santa Tecla, Oscar Ortiz, has said he doubts there will be serious irregularities. ARENA, for all its faults, has given El Salvador a decently functioning electoral system. On Sunday, some areneros may wish they hadn’t.

Roger Atwood is a writer living in El Salvador. He is the author of Stealing History.