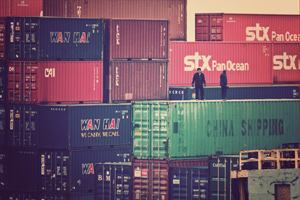 “The Obama team is hardly likely to make trade a priority,” reports a recent article in the National Journal. “Their inclination is to let sleeping dogs lie,” Ed Gresser, director of the trade project at the Progressive Policy Institute, told the magazine. Well, those sleeping dogs need to be awakened, because the results of globalization for the United States, and for many other developed nations, have simply not turned out as advertised.

It is not globalization’s underlying premise that is flawed. Rather, the problem is that the US and many countries in Europe are on the receiving end of unfair (and sometimes illegal) subsidies, inhumane labor standards, poor environmental practices, and currency manipulation that are skewing outcomes and overwhelming our open competition approaches to trade. And our nation and our workers have been greatly harmed.

The world’s developed economies aren’t saying “no” to globalization or to free trade. Quite the opposite. All we are saying is that we can’t accept predatory practices that distort outcomes to the detriment of our citizens.

When modern-day globalization was born in the early 1980s, we were told that new high-quality service jobs would generally offset any lost manufacturing jobs, and that, measured economically, our trade accounts would always be in or close to balance, which of course are the same two premises that Adam Smith put forth way back in 1776 in The Wealth of Nations.

Instead, the United States has had a persistent trade deficit, now in the hundreds of billions per year. America’s cumulative goods and services trade deficit since 1980 is a stunning $7.2 trillion, according to the Bureau of Economic Analysis; 65 percent of this amount was accumulated during the Bush administration. Just these latter deficits alone have made the American economy about $1.5 trillion smaller than it would have been otherwise—money we could really use right now.

Our once vital manufacturing sector has diminished and now accounts for less than 7 percent of GDP. And just while Bush was president, we lost 4.5 million manufacturing and more than 2 million service jobs to countries overseas—contradicting the theory that a nation would never lose large numbers of both types of jobs at the same time.

Most Americans believe that our large ongoing deficits in trade are also eroding our national security and threatening our economic sovereignty, reports the National Journal. And they are right. Nations with increased financial leverage because of our trade-related overseas borrowings—particularly the oil-producing countries, and especially China with its nearly $2 trillion of foreign exchange reserves—are already demanding stronger assurances about our creditworthiness as the world’s largest debtor nation, and more.

On March 13, for example, Chinese prime minister Wen Jiabao spoke at length of his worry about the “safety” of China’s holdings of US Treasury bonds. On March 23, China’s central bank governor warned that the world now actually needs a new currency to replace the dollar as the world’s standard, because the developing world is unhappy with the role of the US in the world economy.

By way of counterargument to such ominous trends, we often hear that American consumers are benefiting from access to cheaper imported goods. Yet when the analysis is fairly done, the nation’s overall trade-related losses in wages—from stagnant domestic wages and from millions of American jobs being offshored—clearly swamp the gains from these imports, notes the Center for Economic and Policy Research.

In the world today, there are two general sets of business and trade rules. One set resides in the older developed countries, such as the US and Europe, where companies still compete mostly on their own on the basis of their business acumen and product value differentiation. The other set resides in the world’s largest emerging markets, where “champions” are often chosen to be a nation’s global competitors and the full power of the state is then deployed to assist them.

These major emerging market countries—especially the BRICs (Brazil, Russia, India, and China) and some in Asia—have elaborate policies in place to protect their domestic employment and enterprises and to induce foreign corporations to shift their production facilities and technology to these countries.

Although there are visible results from these protectionist policies in all of these countries, China alone now accounts for about 60 percent of America’s current trade deficit in manufactured goods (a staggering $277 billion in 2008), largely because of what many consider a severely undervalued currency and massive subsidies to its own manufacturers. As of 2005, a full 58 percent of its exports were made by so-called “foreign business enterprises.”

And even in the midst of a global recession, America’s trade gap with China just keeps getting worse—while US exports to China plummeted nearly 20 percent in January, imports from China fell only 1 percent, which left us with a massive $20.6 billion trade deficit in the latest recorded month alone, as usual mostly in manufactured goods.

It is clear that China and the US must quickly agree on a fundamental readjustment of our current bilateral trade relationship. The strategic threats to both countries, should we fail, are obvious, and one could argue that the threat to the US is already as great as the challenge of Afghanistan.

Many geopolitical experts are now predicting, and with good reason, that this century will prove to be China’s. But for the overall health of globalization, it must be America’s century as well—and the one does not need to preclude the other. What we need is a new bilateral economic formulation where the US and China thrive together, along with the world as a whole. And we can and must achieve this greater harmony between the vital interests of both countries.

This would be the wise path, but it is certainly not the one we are traveling now. For whenever political leaders endeavor to address our increasingly ominous trade patterns, they find themselves quickly attacked by corporations, lobbyists, and trade groups as panderers and protectionists. We must see these attacks for what they are: multinational business entities acting in their own interests, not anyone else’s.

Enough sticking our heads in the sand when it comes to the plight of American workers. Protecting American jobs is not protectionism. Indeed, given how inextricably linked our economic security is with our national and military security, it is imperative for the United States to be as aggressive in defending its economic interests as our trading partners are in advancing theirs.

And then, as further actions,

There are two cosmic questions on the table. Will the United States start acting in its own strategic self-interest, as other nations clearly act in theirs, and regulate and direct key aspects of our economic activity toward our national ends? And will the US stop putting so much of our economic future, especially as it relates to trade, in the hands of multinational corporations that really fly the flag of no nation?

We say the answer in each case needs to be a resounding “yes.” Otherwise, we will never be able to put a floor under our broken domestic economy, nor will we ever be able to restore the vibrant middle class, growing from the bottom up, that so proudly defined our economy and society for most of the last century.

Leo Hindery Jr. chairs the Smart Globalization Initiative at the New America Foundation and is formerly CEO of AT&T Broadband and its predecessors, Tele-Communications, Inc. (TCI) and Liberty Media. He is now an investor in media companies. He is the author of It Takes a CEO: It’s Time to Lead With Integrity (Free Press, 2005). Former Senator Donald W. Riegle Jr. (D-Mich.), also a member of the Initiative, was chairman of the Senate Banking Committee and is chairman of government relations at a global advisory company.