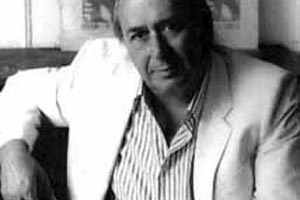 If you go by numbers of books, J. G. Ballard takes up more room on my shelves than any other author other than Philip K. Dick, and while I don’t know if that makes him my second favorite writer, I have enjoyed his work my whole life. The British writer died on Sunday, and while his fame was assured by his novels that became movies, Empire of the Sun and Crash, it was his dystopian science fiction work (usually short stories) that I always found most compelling. Their shocking ideas were often powerful precisely because they were aspects of our world taken to their logical—if extreme—conclusions. “The Concentration City,” for instance, imagines an entirely enclosed conurbation so large its residents believe it to be infinite, while “Billenium” looks forward (almost quaintly now) at an overpopulated Earth so crowded with people the protagonists are stunned to discover a single hidden, empty room.

Whether it was his mind-blowing subject matter or edgy style, Ballard’s fiction has always appealed to musicians as well, and his work has served as inspirations for songs, albums and even band names. After the jump, a couple examples and their connections (or lack thereof) to Ballard’s work.

This track from the final album by the bleak UK post-punk band is really more of a riff on the title of Ballard’s well-known novel-slash-collection of experimental stories than it is a specific reference to the story itself. Joy Division singer Ian Curtis imagines a circus freak show displaying murderers and the insane, and he plays the carnival barker: “This is the way, step inside.” Ballard’s work, however, is one of his most obtuse, a fragmented tale of psychosis, media and war. Wikipedia says Curtis only read the novel after “writing a majority of the song,” though, so I guess that makes sense.

Appropriately enough, this video is a YouTube user’s mashup using scenes from Crash, the movie based on the novel that also inspired this song, nearly 20 years earlier. In the case of The Normal, the singer appears to have actually read the book, and manages to make car crashes seem almost sexy: “Hear the crushing steel / Feel the steering wheel.”

Producer Trevor Horn was actually inspired by the Normal to turn to Ballard for subject matter, and found it in “The Sound-Sweep,” a tale of a boy whose job it is to go to old buildings and sweep up old sounds with some sort of specially made vacuum cleaner. Not his best short story, and I’m not sure how you get to a prescient vision of MTV from that, but hey, I’m glad they did.

The English band won the Mercury prize for this aggressive album of angular post-punk sounds mixed with rave-style electronic wizardry, and its name comes from the title of a collection of Ballard’s short stories, although they seem to look at it as a more general inspiration, with song titles owing more to Thomas Pynchon. The apocalyptic theme of “Golden Skans” (“You can forget our future plans”) sure sounds Ballardy though.

While there really aren’t any lyrics on Radiohead’s acclaimed internet release that directly reference Ballard, frontman Thom Yorke quoted Ballard’s anti-consumerist Kingdom Come on his blog as a “hint” about the band’s revolutionary “pay what you want” scheme for the album. Kingdom Come‘s imaginings of capitalism’s trappings warping into fascism—shopping center as prison, sports team loyalty as quasi-racist nationalism—seem all too real today.