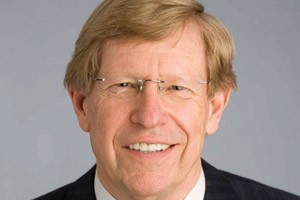 Former solicitor general and ultraconservative lawyer Ted Olson is a rock star of the US Supreme Court bar. He’s argued more than 50 cases before the high court during his career and won more than three-fourths of them. So on Wednesday, when he signed on to a lawsuit challenging the constitutionality of California’s Proposition 8, which bans gay marriage, he looked like the great white hope for a cause that’s had only mixed success in the nation’s courts. If anyone could prevail in this case, Olson could. So gay rights groups must be thrilled that he’s thrown his significant legal weight and conservative bona fides behind their cause, right? But they’re not—not at all.

The country’s major legal groups defending gay rights, including the ACLU and the Lambda Legal Defense and Education Fund, don’t think Olson is doing them much of a favor. They are upset about the lawsuit, in large part because they think it will fail. A loss could be a major setback not just to the gay marriage movement but to other established gay rights governing adoption and foster care, employment discrimination, and other matters. Pushing the case to the Supreme Court, they contend, could do serious harm.

When the lawsuit was announced Wednesday, some at the press conference raised these concerns and asked whether the lawsuit might be premature, a question that prompted one of the more mind-boggling scenes in civil rights history. In response, Olson—Ted Olson!—argued that justice delayed is justice denied. This put him to the left of the ACLU on one of the nation’s most contentious social issues of the day. He acknowledged that some may disagree about the timing of the suit. But he explained that when gay people came to him and said that their constitutional rights were being violated, that they wanted to be married and have the same rights as other Californians, he could not, as a lawyer, say, “Why don’t you just wait another 10 years, 15 years?” He added: “We think they’re right. We think their constitutional rights are being denied, and we’re going to help them achieve that equality.” Basing his arguments on those that prevailed in the famous Supreme Court decision Loving v. Virginia, which overturned a ban on interracial marriage, he contended passionately that the time for this case had come, despite what ACLU attorneys might think.

A spokesman for the American Foundation for Equal Rights, which is funding the lawsuit, wouldn’t say who recruited Olson for the effort. But it’s clear that whoever is backing the effort put up a boatload of money. The spokesman said that Olson and his co-counsel, David Boies, who represented Al Gore in the 2000 election litigation, are handling the case through a mix of paid and pro bono work donated by their firms. Rumor in Washington legal circles is that Olson commands upwards of $1,000 an hour for his Supreme Court work, meaning that even if some of his work is pro bono, his time on this case will cost a small fortune. While Olson and company have so far refused to disclose who’s paying for their work, the PR firm running the media operation, Griffin | Schake, has close ties to Hollywood liberals like Rob Reiner and Jerry Zucker. Nor will the foundation make public all of its board members. Chad Griffin, one of the partners in the PR firm and so far the only disclosed board member of the foundation spearheading the lawsuit, worked in the Clinton White House. It sure looks like the work of the liberal elite.

But conspiracy theorists on the Web—where else?—are already postulating that Olson has signed on so that he can take the case to the Supreme Court and lose, thus wrecking already well-established gay rights everywhere. But at the press conference, Olson disputed the notion that he was a saboteur. “I hope that people don’t suspect my motives. I feel very strongly that this is the right position,” he said.

Still, you can understand why some liberals might be suspicious. Olson is the godfather of the conservative legal movement, having been in the room for the founding of the influential conservative group the Federalist Society. His former law partner is one-time independent counsel Ken Starr, who argued in favor of upholding Proposition 8 before the California Supreme Court in March. Olson represented Ronald Reagan during the Iran-Contra investigation. A prominent Clinton-basher during the 1990s, Olson helped prep Paula Jones’ lawyers for their Supreme Court appearance that resulted in her sexual harassment lawsuit proceeding against a sitting president—and that ultimately led to the whole Monica Lewinsky debacle. Olson was heavily involved in the “Arkansas Project,” Pittsburgh billionaire Richard Mellon Scaife’s effort to funnel nearly $2 million through the American Spectator magazine to pay private investigators to dig up dirt on the Clintons. (The project was launched from Olson’s law firm.)

As one of the nation’s preeminent litigators, Olson has used his formidable skills to defend (unsuccessfully) the Virginia Military Institute’s decision to exclude women and to undo affirmative action policies in publicly funded law schools. And of course, he represented George W. Bush during the 2000 election fight that went all the way to the Supreme Court. This history makes his presence in the anti-Prop 8 litigation all the more curious.

Nonetheless, at Wednesday’s press conference, he made the quiet argument that Dick Cheney should have when questioned about his lesbian daughter during a vice-presidential debate. When asked whether his decision to take the case had been inspired by a close friend or family member who was gay, Olson said, “I suspect there’s not a single person in this room that doesn’t have a friend or family member of close acquaintance or professional colleague and many of them who are gay. And if you look into the eyes and hearts of people who are gay and talk to them about this issue, that reinforces in the most powerful way possible the fact that these individuals deserve to be treated equally like the rest of us and not be denied the fundamental rights of our Constitution.”

Olson was put on the spot about his association with conservative organizations, and he insisted that he had never been a part of any organization that he considered anti-gay, which is sort of disingenuous considering that he worked for both Ronald Reagan and George W. Bush, who were both anti-gay in their policies—especially Reagan, who studiously refused to address the AIDS epidemic for years as thousands of gay men died. Still, a review of the public record does indicate that Olson has not joined the right’s anti-gay efforts.

In 2001, Salon reported that Olson worked on the Romer v. Evans case in 1996, assisting those defending a Colorado anti-gay rights ballot initiative that was ultimately overturned by the Supreme Court. But lawyers involved in that case say that Olson had nothing to do with Romer, even though many of his conservative colleagues like Robert Bork did. And Olson tells Mother Jones that he played no role in that legal battle.

He has told reporters that he has long privately supported equality for gay couples. Wednesday’s press conference certainly qualifies as a major coming-out party. Olson’s drive to fast-track gay marriage to the Supreme Court may make the ACLU and others nervous, but if someone as conservative as Ted Olson is ready to get up in front of the cameras and say the issue’s time has come, perhaps it has.