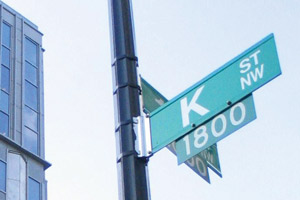 It’s mid-March, and the marble-walled hallway of the Dirksen Senate Office Building is scattered with lobbyists and congressional aides who are gathered in huddles of two and three, chatting in hushed tones. Meetings like this are as much a fixture of Capitol Hill as the famous bean soup in the Senate dining room, but there is something decidedly peculiar going on today. One of the lobbyists is doing the unthinkable. She’s lobbying for more oversight and regulation of lobbying, and she’s throwing around the T-word (“transparency”) with abandon.

Her name is Lisa Rosenberg, and she’s not your average influence peddler. While most of her colleagues are hustling for corporate clients, Rosenberg, who works for the Sunlight Foundation, one of Washington’s leading good-government groups, is pushing to keep her K Street compatriots in check. “I have no friends,” the 42-year-old says with a rueful smile. “My lobbyist colleagues are cringing at the things that I do.”

But Rosenberg wants to be perfectly clear: She isn’t anti-lobbyist. On the contrary, she believes lobbying is a critical part of the democratic process, a way that lawmakers and their staffs are brought up to speed on the intricacies of issues they simply don’t have the time to become expert in. “I will defend to the death the right of lobbyists to lobby,” she says. Rosenberg, a former aide to Sen. John Kerry (D-Mass.), just wishes this important work was done in plain view of the American public, who can be forgiven for believing the fix is in when so much of Washington’s most important work happens behind the scenes.

Currently, lobbyists file reports with the federal government six times a year. Two of them detail how much campaign cash they donated and to whom. The other four, filed quarterly, disclose their clients, the amount they’ve been paid, what bills and topics they’re focusing on, and whether they lobbied the House, the Senate, or the executive branch. To Rosenberg and other good-government advocates, it’s a system that’s riddled with flaws, allowing lobbyists to reveal the bare minimum about their interactions with lawmakers. When a lobbyist meets with a government official, Rosenberg believes, he should be required to divulge the name of the employee, where this person works, and a detailed explanation of what was discussed. And she wants a disclosure report filed every one or two days. A paperwork-intensive proposition like this is a tough sell, but Rosenberg is convinced the disclosure process can be streamlined to the point that the requisite forms can be filled out on a BlackBerry during the ten-minute cab ride from Capitol Hill to K Street.

The prospect of this level of disclosure makes Dave Wenhold, president of the American League of Lobbyists (ALL), shudder. “The thing about sunlight is, it can be great and shine light in corners,” he says. “But it can also burn if you look at it too long. Or it can give you cancer.” He calls the disclosure requirements Rosenberg is pushing “unworkable” and “burdensome,” lamenting, “It’d be kind of like going to your organization and saying, ‘Tell me what you’re doing here every two minutes. I have a right to know.’ I’m not quite sure you do.” Wenhold believes elected officials bear the responsibility for disclosing whom they meet with, and insists that the Sunlight Foundation and other good-government groups are pushing the burden of disclosure onto lobbyists because they know lawmakers will never agree to do it themselves.

Sen. Kirsten Gillibrand (D-N.Y.), who was named in January to fill Hillary Clinton’s vacated Senate seat, is an exception. While serving in the House, Gillibrand was one of very few members to post her daily schedule online. This would seem to make her a natural ally for Rosenberg, and when I accompanied the petite lobbyist on a visit to the Hill one day this spring, one of her meetings was with a Gillibrand staffer. “The Senator has been great for us,” she began, referring to Gillibrand’s self-imposed transparency standards. “People can see when she meets with a lobbyist. We don’t think that should be voluntary.” She launched into her spiel about the inadequacy of lobbying reports. “We’d like to see better reporting.”

The staffer cocked an eyebrow. “Who would report?”

“I would report, you would report,” Rosenberg responded. She could see the paperwork piling up behind the staffer’s eyes. “That’s a long-term goal,” she said quickly, moving on to other issues.

Rosenberg asked the staffer (who requested anonymity in exchange for letting me listen in) if Gillibrand might be interested in joining the Sunlight Foundation’s campaign to get bills published online three days before Congress debates them, so that the public (and, yes, lawmakers themselves) can read them well before they come to a vote. “We’re looking for a champion in the Senate,” Rosenberg said hopefully. The staffer nodded and jotted some notes. Then Rosenberg brought up S. 482, a bill that requires Senate candidates to file their campaign fundraising reports electronically, like House and presidential candidates. “We’re hoping that your boss can join us as a cosponsor,” she said. At some point, the staffer closed her notebook while Rosenberg was mid-sentence, indicating that the meeting had come to an end.

Sitting in Dirksen’s basement cafeteria later, Rosenberg told me she was pleased with the outcome of the meeting, even though she received no commitments. “They’re never going to commit to anything,” she said. “It could embarrass the boss.”

She’ll follow up with a phone call in a few days, perhaps try to schedule another meeting. In the meantime, Rosenberg will traverse the Hill, reciting her transparency pitch to other congressional staffers in the hopes that her issues will eventually get the ear of a sympathetic lawmaker. Attempting to reform the long-standing ways of Washington, where furtiveness has become standard operating procedure, is lonely work. But Rosenberg insists she’s not out to be K Street’s party pooper, though her colleagues in the industry may think otherwise. “We’re reining in the party,” she says. “Maybe it’s not a wild kegger with a live band anymore. Maybe it’s a cocktail party with classical music piped in.”