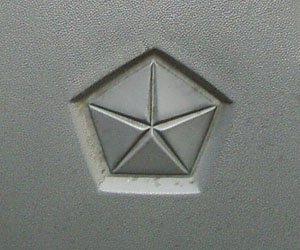 The media coverage of the auto bailouts has focused on the need for union autoworkers to take big pay cuts, causing them to once again miss the real story. The Fiat-Chrysler deal shows that the pay problem is at the top, not the bottom. At the end of the day, the new Chrysler is still likely to be producing most of its cars in the United States. What the new company will be getting from abroad is technology and top management.

This big story was so easily missed because it runs against one of the main myths that our elites have cultivated about the US economy: that the country has a “comparative advantage” in highly skilled labor. In this story, the United States will continue to lose manufacturing and other “less-skilled” jobs as its economy becomes more concentrated in highly skilled sectors.

This story was convenient for our elites because it meant that the decline of manufacturing was a necessary, if sometimes painful, part of a natural economic progression. It also justified the growing inequality in US society that benefited not just Wall Street bankers and CEOs, but also millions of doctors, lawyers, economists, and other highly educated workers. These people took their six-figure salaries as a birthright, even as the pay of less educated workers stagnated or declined.

While this story of the US becoming a high skills center in the world economy may have been comforting to the elites, and was widely promoted by economists and the news media, there was never much truth to it. Highly skilled professionals did well in recent decades not because they succeeded in international competition, but rather because they were largely sheltered from it.

Trade agreements like NAFTA were explicitly designed to remove any barrier that made it difficult to export manufacturing goods to the United States, thereby placing US manufacturing workers directly in competition with their much lower paid counterparts in the developing world. Most of these restrictions had nothing to do with tariffs. Instead the key issues were rules protecting investment in the developing world along with limits on the ability of the US to exclude imports through safety or environmental regulations.

There has never been any similar effort to eliminate the barriers that prevent professionals from the developing world from coming to the United States and competing directly with their US counterparts as doctors or lawyers or in other highly paid professions.

The economists and the media somehow failed to notice that professionals were intentionally sheltered from international competition and instead just trumpeted them as the winners in the global economy. We were just treated to a beautiful example of this double standard when the media and the economists got all huffy about the “buy America” provision in the stimulus bill that might have protected a few manufacturing jobs in steel and other industries.

The end result of this protectionism for those at the top is a bloated overpaid sector of top managers, which is what we saw at Chrysler. If we compare wages for assembly-line workers in Europe and the United States, there would not be much difference between the pay of UAW members and their counterparts in Europe. However, there would be a very large difference between the multi-million dollar pay packages of the top executives at the US companies and their European counterparts. The pay gaps persist among the more highly paid engineers and management personnel.

Therefore, it was only logical that a bailout of Chrysler would seek to take advantage of the lower cost management and design skills available at a European car company like Fiat. In Chrysler, as in other companies, the high pay packages for these people are like an anchor dragging them down in international competition. If the US is to be competitive in the 21st century, we must either bring the pay of those at the top back down to earth or we should look to follow the lead of Chrysler and contract out for these services.

Dean Baker is co-director of the Center for Economic and Policy Research.