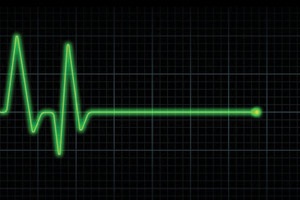 Confused about what’s happening with health care reform? Join the club. After months of buildup, neither Congress nor the administration has produced a clear plan. Instead, the picture seems to get fuzzier every day. This doesn’t bode well for President Barack Obama’s commitment to create a “health care system that works for all of us.”

At the American Medical Association convention in Chicago on Monday, Obama called health care expenditures a “ticking time bomb” and related eloquent—but familiar—stories of families, small businesses, and doctors crushed by spiraling costs. The rest of his speech catalogued the most uncontroversial elements of any potential health care fix—instituting electronic medical records, cutting down on junk food, encouraging more preventative care, promoting “best practices,” eliminating waste. Who could possibly object to any of that, except maybe the manufacturers of potato chips and Wite-Out? Meanwhile, Obama offered only ambiguous clues about how he plans to resolve the most contentious and vital issues that will determine whether his attempt to overhaul health care succeeds or fails.

In fact, the White House’s battle plan for passing legislation could best be described as one of calculated vagueness. Last Wednesday, Obama called together a group of key senators from both parties to hash out their differences. Afterward, the group touted the fact that nothing had been settled. Sen. Chuck Grassley (R-Iowa) told the Associated Press, “The president, I thought, was very flexible except on one thing, and that was getting it done. When the president is flexible on controversial things…I think that that’s good news.” Thanks to all of this flexibility, ranking Democrats and Republicans from the Finance Committee and the Health, Education, Labor, and Pension Committee agreed they could bring a bill to the Senate floor in July.

But what will the bill actually contain? So far, the administration’s maneuvering suggests that its primary concern is not what kind of health care system we end up with, as long as we get something that looks like reform—preferably before the end of Obama’s first year in office. Given the disaster that ensued last time Democrats tried to pass health care legislation, the administration’s careful attention to the politics of the issue is understandable. But the danger of this approach is that it could ultimately produce a law that is uncontroversial, weak, and expensive.

One disturbing possibility is that health care could become a replay of the credit card legislation. The pattern goes something like this: First, we get a propaganda blitz heralding sweeping changes. But although the final legislation corrects some of the most egregious abuses, it doesn’t change the system’s underlying flaws. So, for example, insurance companies may be required to cover people with preexisting conditions—a need Obama illustrated vividly in his AMA speech with moving references to his mother’s battle with cancer. We might see what the president called “more efficient purchasing of prescription drugs,” which presumably means faster approval of generics and giving the government greater power to haggle with Big Pharma over drug costs. We will likely see incentives for health care providers to offer more cost-effective—and, hopefully, better—treatment. These things are not meaningless, and they will provide a modicum of relief to some struggling Americans. But they do virtually nothing to strike at the deeper problems of the for-profit health care system. And they offer only a fraction of the savings that a single-payer system would provide.

With no clear vision emanating from the White House and no bottom line, everything is up for grabs when it comes to the all-important details. It’s no wonder, then, that new balls keep coming out of left field every day. As Obama prepared for his AMA speech, Washington scuttlebutt held that he would seek to reduce costs by accepting limitations on malpractice suits. In the speech, Obama said he was “not advocating caps on malpractice awards,” but nevertheless wanted to “explore a range of ideas” to reduce the malpractice threat. As Mother Jones‘ Stephanie Mencimer has reported, the notion of crippling malpractice costs is essentially a conservative myth. But, according to the New York Times  Obama sees addressing medical liability as “a ‘credibility builder’—in effect, a bargaining chip that might keep doctors and, more important, Republicans, at the negotiating table.”

Perhaps most important, Obama has not yet demonstrated how hard he’s prepared to fight for the so-called “public option”—a government-run alternative to private insurance—or what such a reform might entail. At the AMA, Obama reiterated his position that one of the choices available to Americans “needs to be a public option.” But could this position be a straw man, set up only to be knocked down? The public plan has certainly served as a panacea to single-payer advocates and other critics of medicine for profit, including important Democratic constituencies like labor unions. One health care advocate told me that the speculation around town was that the administration could eventually abandon the public option in order to win bigger concessions from its opponents.

For now, it seems increasingly likely that the “public option” could be access to the Federal Employee Health Benefits program. This is something Obama talked about on the campaign trail, and, according to Government Executive, his officials studied the plan closely earlier this year. Senate Finance chair Max Baucus (D-Mont.) has long hinted that the FEHB might provide the “compromise” that would allow bipartisan support.

However, while the FEHB covers millions of public employees, it is in no way a public plan. It simply allows federal workers to sort through dozens of different plans and pick one they want. Their employer, the government, then picks up around 70 percent of the tab, with the worker paying the rest. The coverage is generally good: It encompasses preexisting conditions, caps out-of-pocket expenses, and gives subscribers clear information to help them find the best plan for the needs. But it is not cheap. One hundred thousand federal workers don’t participate because they can’t afford the premiums.

Jim Jaffe, a former congressional staffer who worked on economic, tax, and health issues, and an FEHB subscriber, explained in a recent post Health Beat blog that the plans offered under the FEHB “differ little from insurance plans offered by other large employers.” In particular, he writes, the plans “are not particularly user friendly or structured for efficiency,” with enrollees facing many of the same complications and obstacles that they would encounter with private insurance. Jaffe concludes that the FEHB plan would be better than nothing, but “from an economic perspective, they are more problem than solution. Premiums regularly rise at a rate double inflation.” Expanding access to the FEHB is far inferior to another incremental strategy for a public option, which is to open up Medicare or something like it to the wider population. Medicare, for all its flaws, is basically a single-payer system.

Obama has said that the public option must “inject competition into the health care market so that it forces waste out of the system and keeps the insurance companies honest.” The FEHB wouldn’t meet that standard. It might, however, be a victory for the Heritage Foundation, especially its chief of domestic policy, Stuart Butler, a Thatcherite Brit who advanced this idea back in the early days of the Reagan administration.

Sen. Kent Conrad, the North Dakota Democrat who chairs the Budget Committee, has advanced another compromise that he believes can win backing from Republicans and conservative Democrats where the public option cannot: health care co-ops. This proposal would establish a network of non-profit organizations that offer an alternative to private insurers. Instead of being controlled by the government, however, they would be run by boards of patients who are elected by fellow consumers. Again, it’s not clear that this scheme would bring about significant savings for patients or fix the inefficiencies that abound in the current system. In an interview with Kaiser Health News, Pam MacEwan, the executive vice president of a co-op called Group Health, admitted that its rates were similar to private insurers and its payment structures were also “pretty much” the same.

In other words, some of the leading public options under consideration may not be all that public. Will Obama allow his health care push to fall short by embracing such measures?