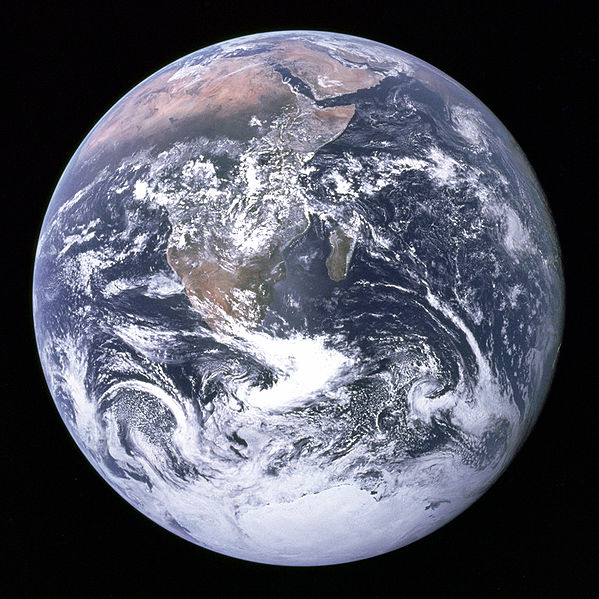 First, check out this vivid simulation of the ugly synergy between population growth and C02 emissions. It’s called Breathing Earth and it simulates realtime births outpacing deaths as carbon dioxide emissions spew at ~1,000-tons a second.

Too bad we can’t turn Breathing Earth into the default screensaver on all new computers. Maybe: from screensaver to worldsaver.

Another interesting simulation, this one published in an upcoming PNAS, describes how Earth’s 1-billion-year lifespan can be more than doubled by adjusting atmospheric pressure.

[Simply put: the only reason we can’t breath easily atop Mount Everest is not because there’s less oxygen in the air. In fact there’s the same amount of oxygen at 29,000 feet as there is as at sea level. What’s different is a greatly reduced atmospheric pressure that causes oxygen molecules to be dispersed over a much greater volume of space.]

Well, about a billion years from now, believe it or not, greenhouse Earth will fail. Ever-increasing radiation from our aging sun will heat Earth to the point where atmospheric C02—the kickstarter for plants that turn inorganic sunlight into organic life—will have been pulled out of the air by weathering rocks. Oceans will evaporate. The atmosphere will burn away. All life will disappear.

But Caltech researchers propose a solution: Reduce the total pressure of the atmosphere itself by removing massive amounts of molecular nitrogen.

Nitrogen is the mostly nonreactive gas comprising 78 percent of the atmosphere. Removing a bunch of it would regulate surface temperatures and allow C02 to stay alive in the atmosphere and support life for an additional 1.3 billion years.

Strikingly, no external influence [read: intelligent life or intelligent design] is necessary to remove N. The biosphere will accomplish this task all by itself—since nitrogen is incorporated into the cells of living organisms and is sequestered with them when they die.

In fact this reduction may already be underway. Earth’s atmospheric pressure may be lower now than it was earlier in the planet’s history. To assess this, some researchers are examining gas bubbles formed in ancient lavas to determine past atmospheric pressure.

If true, the mechanism also would potentially occur on any extrasolar planet with an atmosphere and a biosphere.

Here’s the part I like best: This increases the likelihood of our encountering extraterrestrial life because the length of the existence of advanced life is a variable in the Drake equation. [That’s astronomer Frank Drake’s famous formula for estimating the number of intelligent extraterrestrial civilizations in the galaxy.] Doubling the duration of Earth’s biosphere effectively doubles the odds that intelligent life will be found elsewhere in the galaxy.

How? By adding a billion-plus years for us to develop our own technologies and hopefully more of our own smarts—giving us more time to encounter advanced civilizations whose own existence might be prolonged by the same mechanism. “It gives us a chance to meet,” says Caltech’s Yuk L. Yung.