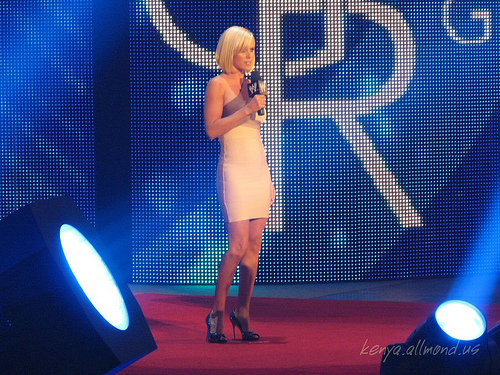 We love a good conspiracy as much as the next investigative magazine—especially one that involves Big Pharma, the FDA, and the CDC. But as we’ve extensively reported here, the vaccines = autism meme might just be the most damaging medical myth of the decade. Not only is it based on false “science” that’s tearing apart the families of sick children, it’s unintentionally sickening thousands of others.

If you don’t watch Oprah or read HuffPo, the theory goes like this. An ethylmercury-based preservative thimerosal (which was removed from all vaccines in the early 2000s) is retained by young children who then exhibit symptoms of mercury toxicity, the true cause of autism. Alternately, the measles, mumps, and rubella vaccines, when given in tandem as MMR (the only form of the vaccine currently available) overwhelms the systems of sensitive children, causing intestinal distress, which causes autism. Sound odd?

Putting aside for just a moment the enormous weight of scientific evidence against these theories and the sound discrediting of virtually every doctor or scientist who has ever supported them, the MMR-causes-autism theory is downright dangerous.

Anti-MMR crusaders like Jenny McCarthy and longtime partner Jim Carrey insist they’re not anti-vaccine. But their position is dangerously close, for two reasons.

One, the overall hysteria about vaccine safety has led many parents to refuse shots outright, especially in Europe, where the burden of measles infection has transferred from poor countries like Romania, Ukraine, and Georgia to rich ones like the UK, France, Germany, and Austria.

Secondly, the ‘single-antigen’ vaccines McCarthy and others claim to support only exist in theory. Merck, the top vaccine producer, stopped making individual doses of measles, mumps, and rubella vaccines in December, due to low demand and high production costs.

Even with our country’s stringent vaccination laws (New York has some of the toughest, Oregon and California some of the loosest), domestic measles infections tripled between 2007 and 2008. That year, New York saw the biggest outbreak in more than a decade, followed by another one this summer, and San Diego hit the headlines after a massive outbreak and an aggressive quarantine in a community where greater than 10 percent of children aren’t vaccinated at all.

That, says CDC virologists, is an out and out disaster. When herd immunity (a community’s overall resistance to a disease) drops below critical mass, the risk of a major outbreak increases exponentially.

Don’t blame the McCarthy-Carrey family for holding a wacky position—parents of sick children (even celebrity parents of sick children) can and have done worse. Save it for the MSM and others who give them a platform, particularly the ones who quote quack journalist David Kirbyin a misguided pursuit of “balance.” And next time you see a headline with a CYA question mark like “No Link Between Vaccines and Autism?,” don’t click.