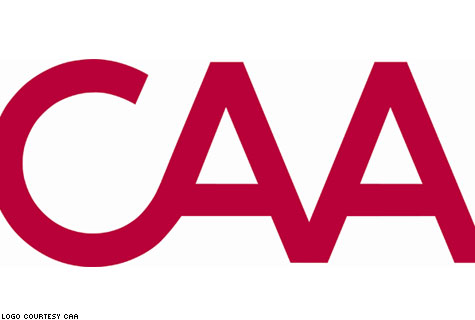 Ageism in Hollywood is, groan, an age old problem. It’s gotten a bit of attention in the last couple of days after the co-creator of HBO’s Hung, Colette Burson, was quoted in the New York Times Magazine as saying:

“We auditioned a lot of people,” says Colette Burson, the co-creator of “Hung.” “It is incredibly difficult to find beautiful, talented, funny women over 35.”

Whoa! That’s no way to treat the ladies. I ripped her. Jezebel ripped her. There was a Twitter storm. Upshot: Burson sought out blogger Melissa Silverstein of WomenandHollywood.com, who had interviewed her before, and gave a long impassioned clarification (you can read it and my original blog post here).

Jezebel, I think unfairly, chose to excerpt only the parts of the post which make Burson look like more of a jerk. And in so doing missed the juiciest part of what Burson had to say, namely how the all-powerful Creative Artists Agency (CAA) views actresses. Which is to say, useless unless young and famous (and in which order, unclear). In addition to repping the famous, agencies like CAA also represent work-a-day character actors. Unless they happen to be women over 40 who don’t look like poster children for cosmetic surgery and extreme dieting. According to Burson:

Just to illustrate: Dmitry (Lipkin her husband and co-creator of Hung) and I went into CAA and we were talking about all the different roles and I said what we are really going to be looking for is an actress around age 40 who is talented and funny and yet can really act.  They seemed to not want to address my question so I brought it up again and they said what about x? (a well known 45 year old film actress)  I said no, we don’t want to cast celebrities.  We want to cast real women and this is a rare opportunity.  We don’t want you to send us your beautiful starlets.  Send us real women with real bodies who can act and who can be comedic.  And he looked sort of sheepish and said I’m really ashamed to tell you we don’t have anyone like that on our list.

I said you mean to tell me that you this huge agency can’t send us a woman who is 40 and they said no. [emph. mine] And he said I know it’s horrible but it’s the state of the business that they really aren’t a lot of roles for them.

Surprising that Jezebel didn’t make hay of this part of Burson’s comments, since unrealistic portrayals of women by the entertainment biz are the bread and butter of that blog (which I happen to love). Maybe another Gawker enterprise, Defamer, will get on it (oops, that’s just an aggregator now).

And I still want to think what CAA client Oprah says about this.

Update: Upon further reflection, perhaps the real story is how Burson, having pissed off actresses/women everywhere, clarified by alienating Hollywood’s most powerful agency. Guessing HBO will assign flack to shadow her henceforth.

Clara Jeffery is Co-editor of Mother Jones and has fallen under the sway of Twitter’s dark powers. You can read her tweets here.