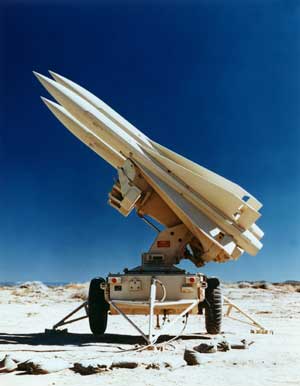 In July, to great fanfare, the Obama administration finally killed the F-22 fighter jet—an underperforming, overpriced Cold War relic that has never flown a combat mission over Iraq or Afghanistan. But all the breathless talk of Defense Secretary Robert Gates’ “sweeping reforms” obscures an unpleasant truth. While the rare defeat of congressional porkmongers offers a ray of hope, real reform will require a far more ambitious, persistent effort. And standing in the way is the Pentagon’s No. 2 civilian official—handpicked by Gates and coming directly from a lobbying job for the giant defense contractor Raytheon.

William J. Lynn III is, after Gates, the most powerful person in the Defense Department, responsible for managing the entire building, including weapons acquisitions. His opposition to reform is well documented. During the Clinton administration, he rose to be the Pentagon’s comptroller, in charge of a system that was completely unable to account for the hundreds of billions it spent every year. Faced with this mess, Lynn’s major contribution during his tenure was to block fiscal accountability rather than promote it.  In public testimony to a federal accounting board, Lynn requested that the Pentagon be exempted from a crucial part of the Chief Financial Officers’ Act of 1990, a reform requiring all federal departments to comply with accepted financial integrity standards. The board granted his wish. Next, he advocated for a notorious bill-paying system referred to by critics as “pay and chase” under which the Pentagon hands a contractor a quick payout for bills and later tries to figure out what the money was for. Today’s financial chaos and lack of accountability at the DOD stem in part from Lynn’s handiwork.

After Lynn left the Pentagon, he accepted a plush position in 2003 as chief lobbyist for Raytheon, the DOD’s fifth-largest defense contractor. Lynn spent the next five years pushing Raytheon moneymakers such as computers for the F-22 and the electronics for the Navy’s preposterously overpriced Zumwalt destroyer.

When Barack Obama took office, he introduced sorely needed new ethics rules to close the revolving door between government agencies and the private sector, particularly lobbyists. But within the month, he had waived those rules—specifically to permit Lynn to become deputy secretary of defense. Now that the lobbyist emeritus is back at the Pentagon, it’s clear that he hasn’t lost his aversion to reform.

In May, Obama proudly signed the Weapon Systems Acquisition Reform Act of 2009—Congress’ answer to the Pentagon’s chronic procurement problems. It would surely be something to be proud of if Congress and the executive branch had finally discovered their political spines, after decades of sabotaging reform attempts. But that’s not quite what happened. The bill was written by the bipartisan leadership of the House and Senate Armed Services Committees, and not one lawmaker voted against it—in itself a suspicious sign that the legislation wouldn’t upset the cozy relationship between Congress and the defense industry.

As originally written by senators Carl Levin (D-Mich.) and John McCain (R-Ariz.), the measure was already disturbingly cosmetic. But according to numerous conversations with insiders in Congress, as well as a letter (PDF) Lynn sent to Levin outlining objections to the bill, Lynn, as the DOD’s point person for negotiations with Congress, worked assiduously to further widen the legislation’s many loopholes.

For instance, the legislation creates a new, independent Director of Cost Assessment and Program Evaluation to replace the Pentagon’s existing in-house cost shop. In theory, this cost czar’s estimates were supposed to end the DOD’s use of phony, understated price tags to gain approval for weapon programs in their early stages—the ubiquitous “camel’s nose under the tent” stratagem. In truth, the Senate draft of the bill did not force the Pentagon to actually use the cost czar’s estimates. But even this was too much for Lynn, who sought to eliminate the new position altogether. Ultimately he failed. But he did push successfully to kill a House provision mandating the use of the cost czar’s estimates in the annual Pentagon budget. The result: DOD’s civilian and military decision makers remain completely free to ignore the new czar, just as they have been ignoring previous independent cost estimates for decades.

The bill also appears to require the Pentagon to buy competing prototypes of each new weapon. This practice has consistently resulted in better weapons at a lower price on the few occasions that it has been tried. Once again, however, Levin and McCain’s tepid wording provided the Pentagon’s weapons’ managers with a get-out-of-jail free pass, permitting them to waive the burdensome competition requirement simply by invoking “critical”—but undefined—”national security objectives.” Dissatisfied with this gaping loophole, Lynn successfully sought another that left program managers free to put just a subsystem up for competition instead of the entire weapon. And just in case even that was too onerous, he wrangled more wriggle room: If managers declare that contracting for competitive subsystems might increase costs, they can ignore the competition requirement altogether.

And there’s more. As originally written in the Senate, the bill actually ended the practice, now rife, of permitting contractors to conduct the Pentagon’s official reviews of their own programs. You can guess what happened next: Lynn objected. At his request, the Senate Armed Services Committee changed the text to allow a defense contractor’s subsidiary to do the DOD review of the parent company’s programs. The final wording discarded this embarrassingly obvious charade. As signed, the act instructs the Pentagon to write any contractor self-review regulation it pleases, subject only to the vaguest legislative guidance.

In essence, through waivers and loopholes, the legislation was reduced to a pathetic request for the Defense Department to fix itself. This sorry history holds two lessons:  First, the Pentagon’s leadership is as hostile as ever to meaningful reform; second, instead of independently overseeing the nation’s defenses as required by the Constitution, Congress remains the willing anti-reform ally of the Pentagon.

There are other troubling signs of business as usual in Obama’s DOD. When Gates very correctly canceled Lockheed’s F-22, he simultaneously endorsed going ahead full speed with the F-35 Joint Strike Fighter, built by the same company. The F-35 is already overweight, sluggish, behind schedule, and growing in much the same manner as the F-22. But the plan approved by Gates and Lynn commits to more than 500 of them before the first definitive flight test report lands on the secretary’s desk. The F-35 program exemplifies why the Pentagon cannot be trusted to reform itself. By endorsing a program so obviously laden with the same old problems, Gates is ensuring a rerun of the F-22 fiasco.

Each of the other services is nurturing similar time bombs. The Navy has the obscenely expensive Littoral Combat Ship. The Army is busy defending the Future Combat Systems program, a baroque “system of systems” edifice intended to gather so many expensive technologies under one budget roof that it would become “too big to fail.” The Marine Corps is falling on its sword to protect the overambitious, technically hopeless Expeditionary Fighting Vehicle. As each of these programs approaches its inevitable implosion over the next several years, reform-minded Pentagon and congressional staffers will be pressing for restructuring or cancellation. The traditional coalition of military and industry big-spending advocates, in lockstep with the masters of pork on the Hill, will close ranks to preserve business as usual. William Lynn won’t be far away.

Pierre M. Sprey, together with USAF fighter pilots John Boyd and Everest Riccioni, brought to fruition the F-16; he also led the design team for the A-10 and helped implement the program. He is one of a very small number of Pentagon insiders who started the military reform movement in the late 1960s.

Winslow T. Wheeler is the Director of the Straus Military Reform Project at the Center for Defense Information in Washington. He worked on national security issues on Capitol Hill for 31 years for US senators from both political parties and for the Government Accountability Office.

Both Wheeler and Sprey are contributors to the new anthology America’s Defense Meltdown: Pentagon Reform for President Obama and the New Congress.