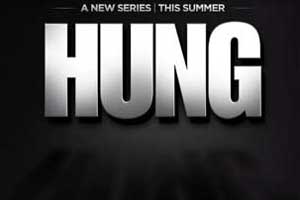 I’ve never seen HBO‘s Hung. Long hours, new baby, refusal to give Comcast one more dime of my money. But I’ve heard it’s good, one of those things that, like The Wire, or Mad Men, or Weeds, I’d have to content myself with getting to a season (or three) after everybody else, but be extremely psyched to rent.

That is until I read this NYT profile of Anne Heche, the star of Hung, which was clipping along in its Anne Heche weirdness, until I got to this doorstopper of a sentence:

“We auditioned a lot of people,” says Colette Burson, the co-creator of “Hung.” “It is incredibly difficult to find beautiful, talented, funny women over 35.”

Um…WTF? No secret that ageism against women in Hollywood is rampant, ridiculous, repugnant. But so naked? And from a woman? Who is herself 40? What form of self-hating do you even call that? Plus were we not just subjected to 18 months of cougarmania from Hollywood?

I can think of a ton of actresses over the age of 35 who are beautiful, talented AND funny. Let’s start with Amy Poehler, Sarah Silverman, Christina Applegate, Jane Krakowski, Mary-Louise Parker, and Julia Louis-Dreyfus, who had a poignant (and of course, hilarious) discussion of ageism in the entertainment industry with the Hollywood Reporter (see clip here). Like being cast as a mother of someone you’re only 8 years older than. Or being told, as Christina Applegate was, that at 35, she was too old to be on the cover of a glossy mag (ladies, my offer to put any or all of you on the cover of Mother Jones still stands).

But back to Colette Burson. Shame on you. [She’s issued a long clarification, see below.] As for the rest of us, ponder these facts when you go to buy your next ticket, or pick your next rental. Guess I won’t be renting Hung after all. [I’ll take her at her word and give it a shot.]

Anne Bancroft was 36 when she played Mrs. Robinson in The Graduate. Dustin Hoffman was 30.

Chances that a Best Actress winner portrayed a prostitute, a nun, or a mute: 1 in 8.

UPDATE: Burson gave a long impassioned clarification to Melissa Silverstein at WomenandHollywood.com, who’d interviewed her previously. I’m reprinting it here in its entirety, because a) only fair b) while it may let Burson off the hook, it goes to show just how deep the problem is:

I do think it’s always hard to find pretty and funny.  It’s a difficult combo and it’s something that’s talked about in Hollywood.  Blonde and funny.  And that is definitely true with Anne.  She’s very funny and real and she’s blonde and she’s pretty.  And this role happens to be for a beauty queen who needed to have serious emotional acting chops and at the same time was funny. [stay with her, people…Though also: Meg Ryan anyone? Roxanne Arquette?]

In terms of the quote: it is such a shame that I was either too tired to express myself correctly on the issue or part of my quote was left out because it is something that I think about a lot and I actually consider myself a warrior on front lines of this issue.  It’s something I am actively involved in on a daily basis in a way that most people are not.  Nevertheless I do think that the part that I would have added or the part I hope I did add was that it is difficult to find an actress over 35 or over 40 who is funny and talented and is still working and has not quit the business.

And by difficult I mean harder than you think.  There are not hundreds of people who show up for the auditions because you need someone who has been working, and you need someone whose agent sends them.  In my personal experience I know five actresses off the top of my head if not 10 who are around the age of 40 who no longer go on auditions anymore because they are too fucking bummed out by how few roles there are.

Just to illustrate: Dmitry (Lipkin her husband and co-creator of Hung) and I went into CAA and we were talking about all the different roles and I said what we are really going to be looking for is an actress around age 40 who is talented and funny and yet can really act.  They seemed to not want to address my question so I brought it up again and they said what about x? (a well known 45 year old film actress)  I said no, we don’t want to cast celebrities.  We want to cast real women and this is a rare opportunity.  We don’t want you to send us your beautiful starlets.  Send us real women with real bodies who can act and who can be comedic.  And he looked sort of sheepish and said I’m really ashamed to tell you we don’t have anyone like that on our list.

I said you mean to tell me that you this huge agency can’t send us a woman who is 40 and they said no.  And he said I know it’s horrible but it’s the state of the business that they really aren’t a lot of roles for them.

It’s such a bummer.  When you cast a role, casting agents will send you who has been working.  My friends who haven’t had a job in five years who quit because it was such a fucking bummer they are not sent out because they don’t have managers anymore.  They are not in the game anymore and it’s not because they aren’t talented.  Of course they’re talented.

So what I am saying is that it’s hard and the situation is more complex than you would think.  Because we are one of the few shows that frequently has these types of roles open…like the role of Tanya.  How often does that type of role occur?  Jane Adams is this gem and people say why don’t we see her working more?  And the answer is because there haven’t been that many roles for her.  We actually wrote a role for a failed poet who is over 40 and she is not ms fabulous.  She doesn’t wear clothes from Neiman Marcus  or Fred Segal.

So I hope the message will get out there.  Maybe I was tired, maybe I was a dumb ass but I feel so passionately about the issue.  But that aside our actions on a daily basis is that we fight this issue.  We conceive of characters that are women over 35 of all body types.  We debate them and we fill them out in the writers room.  So please forgive me for the asinine quote but look at what we are actually doing because we passionately care about this issue.

Wow, CCA doesn’t represent one comic actress over the age of 40 who has a real body? What does Oprah (client) say about THAT!

Clara Jeffery is Co-Editor of Mother Jones. You can follow me on Twitter here. That’s how Melissa Silverstein contacted me, you can find her here.