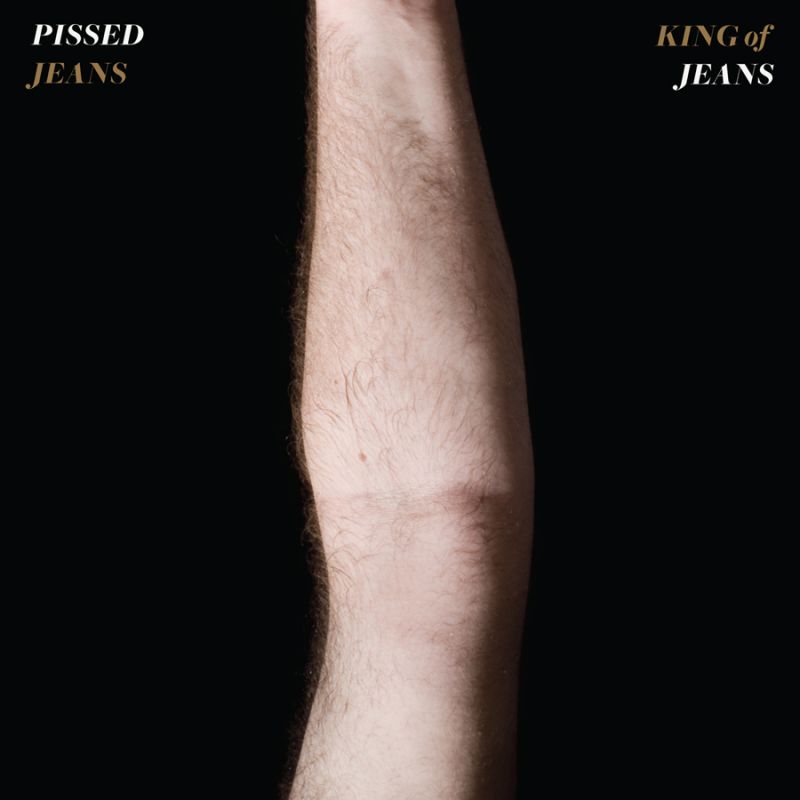 To people whose last whiff of Sub Pop came sometime in the late ’90s—as grunge’s last fart lingered just a little too long—Pissed Jeans probably sound like an evolution of sound. Their hard, slow-swinging punk is soaked in the patented, scuzzed-out heaviness that once made the label a king maker.

A critical distinction, though: Pissed Jeans have an absolutely ferocious angst creeping through each song, and deep punk roots, which makes them palatable to people (like myself) who could never get down with the Northwest grunge scene. Hailing from Allentown, Pa., the band draws its sound more from the old Amphetamine Reptile roster of noise rock or, going further, from the hectic noise of Touch & Go’s Jesus Lizard and Butthole Surfers, or even Flipper.

On King of Jeans, Pissed Jeans’ third album (due out tomorrow on Sub Pop), the band mates continue their battle with the monotonies of life. Their irritation with the everyday hits a crescendo here, as heard in exercises of witty hyperventilation like the opener “False Jesii Part 2” (click here for a free MP3), “Lip Ring,” and “Dream Smother” (about being too tired to do anything). Wave after wave of self-loathing and doubt wash over you, filling your lungs with salty, nervous sweat, soaking you in an uncomfortable reality that maybe hits a little too close to home. I can relate anyway.

Some songs, like “Request for Masseuse,” crawl through the speakers and slink around your head not unlike an old, warmed-over Black Sabbath dirge, slowly singeing everything in its path. As you’re still putting out that fire, they turn around and smack you with “Human Upskirt” a fast, killer, no-frills hardcore song—not unlike something Richmond, Va.’s Government Warning would unleash.

If you wanna see Pissed Jeans flaunt their massive macho dot, check out “Goodbye (Hair).” It stand outs in that singer Matt Korvette talks over uncharacteristically sluggish backing music in a laconic, tormented way, lamenting the loss of his hair. Not a catchy sing-a-long—no topping “Boring Girls,” off PJ’s 2005 debut, Shallow—but a song of raw, twisted man-angst more tortured, more real than anything you could read in Men’s Journal or Esquire.

Pissed Jeans are currently touring on the West Coast. You can follow MoJo music reviews on Twitter via #musicmonday or at @MotherJones.