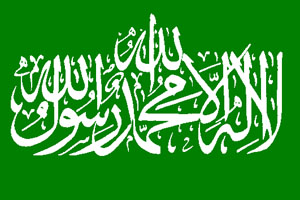 At the UN’s big shindig in New York this week, President Obama finds himself dealing with two Mahmouds—Abbas and Ahmadinejad—in radically different ways. Yesterday, the prez met privately with Palestinian leader Abbas and Israeli prime minister Benjamin Netanyahu to urge them back toward the negotiating table. But Hamas, the militant group that governs Gaza, and upon whose cooperation any Palestinian peace agreement will likely hinge, is persona non grata here. Obama’s handlers are likewise doing their best to avoid any chance encounter in the UN halls between Obama and Ahmadinejad, although low-level diplomatic talks are expected on the nuclear issue.

Engaging with groups like Hamas, and with the likes of Ahmadinejad, isn’t easy. Least of all after the guy warms up to a visit on your home turf by spewing provocations and denying the slaughter of 6 million Jews, as Iran’s president has done these past days. And least of all following the regime’s brutal crackdown on Iran’s post-election protests. But with a nuclear Iran and peace in the territories hanging in the balance, many observers (including the likes of Zbigniew Brzezinski) believe that maintaining some level of engagement with our foes is the wiser path.

But former British spy Alastair Crooke, profiled by David Samuels in the latest issue of Mother Jones (see “The Spy Who Loved Hamas“) would like to see the West go much further. Crooke runs Conflicts Forum, a Beirut-based organization that nurtures a back channel for communication between Western officials and militant Muslim factions such as Hamas and Hezbollah, both of which operate under the umbrella of Iran.

In a nutshell, Crooke believes the West has bet on the wrong horse. That our strategic attachments to Sunni Muslim states such as Saudi Arabia and Egypt should ultimately be scrapped in favor of alliances with Shiite regimes—read Tehran—which, by dint of a more moderate religious tradition will prove more flexible and amenable to negotiation. Hamas and Hezbollah, despite their tactics, are beholden to Iranian revolutionary philosophy, and should be engaged as well, he believes.

This has led some people to criticize Crooke as a guy who plays footsie with terrorists, and their sentiment is understandable. As fact-checker for the story, I spoke twice with Crooke, a charming man with a clear gift for persuasion, and pored through primary documents, including a transcript of a secret meeting between Crooke and senior leaders of Hamas, seized in the Palestinian Authority Preventive Security compound in Gaza in 2002. (In the past, he has helped broker peace deals on behalf of the British government, which officially cut him loose prior to his work with Conflicts Forum.)

The Gaza document sheds some light on the delicate nature of Crooke’s backchannel bartering. At one point, former Hamas leader Sheikh Ahmed Yassin (later assassinated) suggests a link between Zionism and 9/11. Crooke doesn’t challenge Yassin. His response: Change the subject. It’s a small but revealing moment. Here’s an excerpt:

Yassin: “Time will tell that Israel knew [in advance] about what happened in America and that it was global Zionism that paralyzed the American security, so that war could be declared on the Islamic world and on Hamas. About 100-120 Zionist-American agents [knew about it] and did not report it. I do not rule out the possibility that they attempted to seduce Hamas [operatives] and other Islamic operatives [to do it].”

Crooke: “What Europe has done… [changing the subject:] We do not consider the political wing of Hamas to be a terrorist organization, and the same complaints were made regadring Fatah.”

Among the questions posed by Samuels, who also penned the definitive post-mortem on Yasir Arafat for The Atlantic, is whether Crooke’s sentiments are indeed his own:

The weirdness of Crooke’s embrace of even the looniest doctrines of the Iranian ruling clique might indicate that Conflicts Forum is a front for Tehran. Yet the presence of American and British establishment types on the group’s board suggests otherwise. As a lifelong spy, Crooke could simply be parroting the language of the Islamic resistance to gain the trust of its leaders, while concealing his true beliefs—if indeed he has any. He is also close to Qatar’s royal family, which has both stoked radicalism and encouraged political openness in the region through its control of Al Jazeera.

In short, it’s a spy mystery that has yet to be solved.