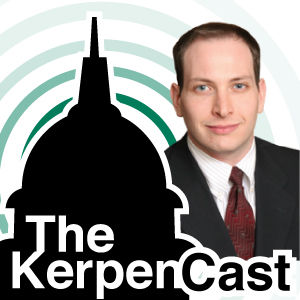 UPDATE: On Wednesday, Kerpen continued his effort to associate green jobs with progressive radicalism and cronyism, in this New York Post op-ed alleging a link between the Apollo Alliance and the Weathermen.

The political smear campaign against Van Jones didn’t begin in the paranoid brain of Glenn Beck. The wildly distorted attacks that ultimately brought down President Obama’s green jobs czar on Saturday were fed to Beck by Phil Kerpen, the little-known policy director for the polluter front group Americans for Prosperity. Taking credit for the effort in jubilant, surprisingly frank blogs and tweets, Kerpen describes Jones’ resignation as the first blow in a new fight to derail the climate bill.

“The Van Jones affair could be an important turning point in the Obama administration,” Kerpen gushed on the Fox website this Sunday. “It’s also one of the most significant things I’ve had the honor of being involved in.”

Kerpen goes on to recount sending Fox an article on Jones from the East Bay Express, an Oakland alt-weekly that covers Jones’ hometown. “Please share with Glenn this article about green jobs czar Van Jones, a self-described communist who was radicalized in jail,” Kerpen wrote in a note to Beck’s producer, adding: “Confirms ‘watermelon’ hypothesis.” (Kerpen claims this wasn’t a reference to Jones’ black skin, but rather a hypothesis that the climate bill is “Green on the outside but communist red to the core.”)

“The rest is history,” Kerpen boasts. He spent two weeks “researching everything I could find about Jones” before appearing on Beck’s program several times last month to dish.

Beck clearly didn’t care that Kerpen wasn’t a journalist, that his allegations against Jones were wildly exaggerated, or that he had a clear conflict of interest: Americans for Prosperity was launched and funded by foundations and family members tied to Koch Holdings LLC, which has extensive oil and chemical holdings. In February, Americans for Prosperity began airing ads that described backers of the climate bill as “wealthy eco-hypocrites.” (Nevermind that AFP founder Fred Koch has a net worth of roughly $17 billion).  And it’s behind this summer’s Hot Air Tour, a traveling air show that is “exposing the ballooning costs of global warming hysteria.” In his Fox blog post, Kerpen is completely frank about his motivation for appearing on Beck’s show. “. . .I was glad to do it,” he writes, “because exposing the green jobs scam is critical to fight cap-and-trade, my top legislative priority for the year.”

In other words, it’s no accident that Kerpen targeted Jones. Opponents of the climate bill hate the idea of “green jobs” because it undermines their central argument: that fixing the climate will wreck the economy. That’s why Obama’s speeches have glossed over climate science in favor of talking up energy independence and the coming clean tech boom. But if Kerpen and his ilk can reframe green jobs as “government” jobs, linking them to fears of pork, cronyism, and central planning, then they start winning again. So it helps immensely to call Jones a “self-described communist,” or put forth, as Beck has, that “almost everyone who does believe in global warming is a socialist.”

Kerpen makes no effort to conceal this agenda. He’s even created a flow chart of progressive political groups in an effort to leverage his Jones narrative into one in which green jobs are primarily left-wing political patronage jobs. “[The] push for “green jobs” has everything to do with funding the far-left political activities that Van Jones so adamantly believed in,” he writes.

Now that Jones has resigned, we need to follow through with two critical policy victories.  First, stop cap-and-trade, which could send these green groups trillions, and second repeal the unspent portion of the stimulus bill, which stands to give them billions.  The Van Jones affair is, as President Obama likes to say, a “teachable moment,” and we need to put not just him but the whole corrupt “green jobs” concept outside the bounds of the political mainstream.

As ridiculous as this idea sounds, it’s clearly working for the time being, and it’s not about to go away. Kerpen notes that many of his “findings” have yet to be published, including a forthcoming paper from the Capital Research Center, a group with past ties to tobacco money that “monitors” environmental and labor groups. Expect more of the same from a fossil fuel industry that’s growing increasingly desperate to reframe the debate.  Last week, Kerpen sent his 4,800 Twitter followers this call to arms: “All the Van Jones outrage in the world won’t matter if we don’t stop stimulus abuse and cap-and-trade.”

Alternet’s Addie Stan also reported on Americans for Prosperity in a story that we have crossposted here.