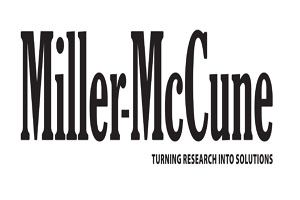 The befuddled tramps in Samuel Beckett’s Waiting for Godot are a poetic personification of paralysis. But new research suggests the act of watching them actually does get us somewhere.

That’s the conclusion of a study recently published in the journal Psychological Science. Psychologists Travis Proulx of the University of California, Santa Barbara and Steven Heine of the University of British Columbia report our ability to find patterns is stimulated when we are faced with the task of making sense of an absurd tale. What’s more, this heightened capability carries over to unrelated tasks.

In the first of two experiments, 40 participants (all Canadian college undergraduates) read one of two versions of a Franz Kafka story, The Country Doctor. In the first version, which was only slightly modified from the original, “the narrative gradually breaks down and ends abruptly after a series of non sequiturs,” the researchers write. “We also included a series of bizarre illustrations that were unrelated to the story.”

The second version contained extensive revisions to the original. The non sequiturs were removed, and a “conventional narrative” was added, along with relevant illustrations.

All participants were then shown a series of 45 strings of letters, which they were instructed to copy. They were informed that the strings, which consisted of six to nine letters, contained a strict but not easily decipherable pattern.

Those who had read the absurd story selected a higher number of strings as being consistent with the pattern. More importantly, they “demonstrated greater accuracy in identifying the genuinely pattern-congruent letter strings,” the researchers report. This suggests “the cognitive mechanisms responsible for implicitly learning statistical regularities” are enhanced when we struggle to find meaning in a fragmented narrative.

In a second study, participants were asked to recall situations in which they responded in very different ways, and instructed to consider the notion “that they had two different selves inhabiting the same body.” They, too, did better on the letter-pattern task than members of a control group. “The breakdown of expected associations that participants experienced when arguing against their own self-unity appeared to motivate them to seek out patterns of association in a novel environment,” the researchers write.

To Prolux and Heine, these finds suggest we have an innate tendency to impose order upon our experiences and create what they call “meaning frameworks.” Any threat to this process will “activate a meaning-maintenance motivation that may call upon any other available associations to restore a sense of meaning,” they write.

So it appears Viktor Frankl was right: Man is perpetually in search of meaning, and if a Kafkaesque work of literature seems strange on the surface, our brains amp up to dig deeper and discover its underlying design. Which, all things considered, is a hell of a lot better than waking up and discovering you’ve turned into a giant cockroach.