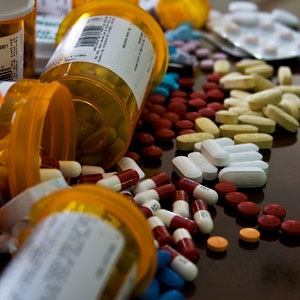 As the Senate takes up health care reform, we’re sure to be treated to yet more scenes of our elected officials bending over backwards to kiss the gold-plated butts of the pharmaceutical and insurance industries. So far, just about every new turn in the health care battle is confirming what many have known for some time: The US health care system is run largely for the benefit of these corporate giants, rather than for the American people, and no piece of legislation is likely to change that fact.

But to fully appreciate the license these industries have been given to run roughshod over the public interest, you have to take a trip to Connecticut. The state is a longtime home base for the insurance industry, with 72 companies and the nation’s highest concentration of insurance jobs. It also has more than its share of drug and biotech companies. What luck then, for these industries, that the man who appears to hold a swing vote on health care reform is their own Senator Joe Lieberman, who has enjoyed enormous financial support from the insurance companies and plenty from Big Pharma, as well.

While Connecticut may be loyal to its health care companies, the opposite clearly is not true. This week the giant drugmaker Pfizer sent shock waves across the state when it announced its decision to shut down its huge research facility in New London. While some workers will be transferred to a facility in a nearby town, the closure represents a devastating loss of industry and tax base for this working-class coastal city. It also marks the disintegration of an elaborate publically financed urban development scheme that began a decade ago.

After the closure of a  naval installation in the mid-1990s left New London in desperate economic straits, Pfizer swept in with promises to revitalize the city with a state-of-the-art R & D headquarters. To serve the company’s interests, the state government decided to use eminent domain to seize private property, uproot residents, and destroy a neighborhood in order to revamp the surrounding area. The state won the right to do so in a landmark Supreme Court case, Kelo vs. New London. But it built nothing on the vacated land. And now Pfizer, as the Wall Street Journal put it, has decided to “bug out.” One local resident told the New York Times, “They stole our home for economic development. It was all for Pfizer, and now they get up and walk away.”

Here’s how Jeff Benedict, a Connecticut lawyer and author of a book on the land grab, described the situation an op-ed in the Hartford Courant:

Consider the bitter pill that Pfizer Inc. slipped New London this week. Barely a decade after constructing a $300 million research and development headquarters in the city, the pharmaceutical giant announced it was shutting down the facility. Just like that, New London will lose 1,400 jobs and become home to a gigantic, vacant office park that sprawls over a 24-acre campus.

Never mind that an entire residential neighborhood was bulldozed by New London to change the look of a 90-acre landscape around the Pfizer campus. And never mind that along the way the city used eminent domain to drive out homeowners and then fought a costly eight-year legal battle against holdouts Susette Kelo and her neighbors that went all the way to the U.S. Supreme Court.

The Fifth Amendment has always allowed government to take private property for public use. But in its most universally despised decision in decades, the court upheld the takings in New London by equating public benefits—the promise of increased tax revenues and new jobs—with public use.

In other words, the potential of a massive redevelopment scheme anchored by the arrival of Pfizer’s facility justified evicting homeowners who stood in the way of progress. There’s just one stubborn fact: It’s been four years since the infamous Kelo ruling and the city hasn’t gotten a thing built on the 90 acres it now controls.

After all the shouting, the developer ran out of money and the city has zero prospective replacements. Barren weed fields are all that exist where homes once stood.

According to the Times, Pfizer said it was pulling out of New London and consolidating its operations as a “cost-cutting measure.” As the AP reported last month, Pfizer has managed to boost its profits this year despite the recession by “slashing costs on everything from manufacturing and marketing to research and development” and cutting 6,500 jobs. In the immediate future, AP notes:

Pfizer will keep cutting costs, now that it has completed the biggest drug industry deal of the year. The $68 billion acquisition of Wyeth last Thursday cements Pfizer’s position atop the industry, and the combined company is expected to eliminate nearly 20,000 jobs by the time integration is complete.

Let’s put all this cost cutting in further context. Pfizer’s profits in 2008 were $8.1 billion. The drugmaker ranked 11th on the Fortune 500’s list of most profitable companies, and also made Fortune’s list of “biggest winners,” described as “20 firms [that] managed to make money…even as the economy crumbled.” Wyeth’s 2008 profits were over $4 billion, so the acquisition is guaranteed to keep Pfizer in gravy, despite the $2.3 billion in criminal penalties it recently agreed to pay for illegally promiting off-label use of its drugs, in the largest health care fraud settlement in the history of the U.S. Justice Department. Residents of New London and other locales abandoned by the company may also be interested to know that Pfizer CEO Jeff Kindler’s 2008 compensation came to a cool $14.8 million—up 17 percent from the year before.

In other words, Pfizer’s determination to slash costs and eliminate thousands of jobs in the midst of a recession is motivated by nothing but sheer greed. This is business as usual for the pharmaceutical companies, which exist to serve the interests of their executives and shareholders, not the public—and which will be just as ruthless as we allow them to be.

Yet this lesson seems to have bypassed many of our elected officials, who persist in pretending that the drug companies can be their “partners” in health care reform, rather recognizing them as their adversaries. The rest of the industrialized world seems to have grasped the notion that it’s the government’s job to make sure the private health care industry doesn’t gouge the public. These governments do their job by imposing stiff regulation on these companies, far beyond anything that we will see in the current health reform here.

Here, the drug companies are so used to getting their way that they are indignant when anyone in government finds the gumption to stand up to them at all. This morning, the Los Angeles Times reports that Big Pharma is protesting parts of the House reform bill, which it sees as violating the secret deal it made last summer with the White House. The paper reports that “senior administration officials, including White House Chief of Staff Rahm Emanuel, are warning members of Congress not to antagonize the deep-pocketed industry at a time when a major victory appears to be within reach, according to Democratic aides.”

Although they will probably get their way in the end, the drug companies clearly are pissed off at the Democrats because they think they’ve been double-crossed. It’s a feeling that that’s no doubt familiar to the residents of New London, Connecticut.