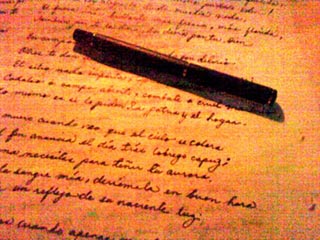 With the needle of expectation tilting towards no full climate deal being reached in Copenhagen, two of the most prominent voices in the climate change policy world—Lord Nicholas Stern and Dr Rajendra Pachauri—maintain that a global agreement is still possible in six weeks. Even without full US participation…

Is Tackling Climate Change as Important as Fighting Crime?

Some 63 percent of the world thinks so. A survey by HSBC questioned consumers from countries as disparate as the US, Brazil, Malaysia, Germany, and India about the importance of tackling climate change in relation to other pressing social issues—and the results are fascinating. For instance, the majority of people felt that mitigating climate change is as important as fighting crime.

China, US, and Climate: An Interview with Yang Fuqiang, WWF’s Director of Global Climate Solutions

For more than two decades, Dr. Yang Fuqiang has been a participant in the energy and climate change discussion in and around China. His career began as a researcher at the National Development and Reform Commission, the Chinese government’s main economic planner, and continued for three decades in the realm of energy and the environment. Formerly head of the Energy Foundation’s China office, he is now director of global climate solutions at the World Wildlife Foundation. TreeHugger spoke with him recently in Beijing, before he left for the Barcelona round of climate talks.

The initial reaction to news that the Oracle from Omaha was investing billions of dollars in BNSF railway was positive—TreeHugger noted that it could lead to a number of positive developments: potentially more passenger rail lines, a higher profile for railroad transportation in general, and further investment in other rail lines from other finance big guns. But there’s a downside to his purchase as well—the rail Buffett bought transports some 1/5th of America’s coal. Is Buffett’s investment therefore a bet that coal will need to be shipped into the foreseeable future?

The 100-Mile Diet for Electrcity? The Institute for Local Self-Reliance Argues for Decentralization

The Insitute for Local Self-Reliance (ILSR) has released a second version of its study titled Energy Self-Reliant States. In it they look at various ways that U.S. states could generate clean electricity locally (rooftop solar PV, onshore wind, offshore wind, etc). Just from the name of the institute, it’s pretty obvious that they aren’t in favor of centralized solutions to our energy problems, but at least they aren’t all ideology: They back up their claims with a lot of data.

US Plastic More Expensive to Make, Will Have Higher Carbon Footprint Under Cap & Trade

In Europe they commonly make commodity plastics from oil-based feedstock: petroleum naptha from the refinery. In the USA, however, plastic is mostly is made from natural gas as raw material. The chemical industry is not pleased with the current cap and trade provision being voted on in Congress. They anticipate C&T will drive utilities to burn more natural gas and less coal to generate power (a good thing by most people’s reasoning), which means (per the chemical industry argument) higher operating costs, and ultimately customers getting plastic from European instead of US factories.

The buzz around the green blogosphere today is another record-setting Chinese wind farm, with 240 turbines producing 648 megawatts. But this one isn’t in Inner Mongolia — it’s in Texas. This $1.5 billion wind farm—a US-China joint venture paid for in part by Chinese banks —will be built not with turbines from usual suspects GE or Vestas, but with Chinese-made machines from a year-old company called A-Power. Needless to say, most of the project’s green jobs will be created in China. And don’t shoot the messenger, but it’s hoping to secure 30 percent, or $450 million, of its financing from, yes, U.S. stimulus funds.