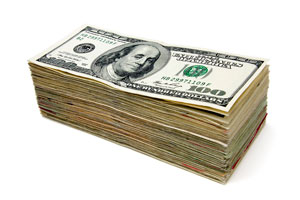 Campaign finance reformers expect a decision in a key Supreme Court case, Citizens United v. FEC, very soon—perhaps as early as Tuesday—and they’re preparing for the worst. The case could allow unlimited amounts of corporate advertising in political campaigns—a devastating defeat for reformers that could make their cause appear hopeless.

So campaign finance reform groups are casting about for strategies that will allow them to convince members of Congress and the public that reform is still worth fighting for. In a confidential internal memo obtained by Mother Jones, Common Cause and Public Campaign, two leading reform groups, warn, “Without an aggressive media effort, reporters will likely call a bad decision in Citizens United another sign that campaign finance reform is a fool’s errand.”

According to the memo, the groups’ strategy includes combining some staff from both outfits under one campaign umbrella and spending $4 million dollars over six months to put a positive spin on a negative Citizens United decision and push for public financing of congressional elections.

The reformers have previewed their main talking points by saying that the impact of Citizens United will be so severe that it will spur Congress and the public to action. They claim that the amounts of money corporations will spend if restrictions are lifted will be so vast that Americans would have no choice but to pay attention. “Our hope is that if the Supreme Court lifts the ban on independent expenditures, the amount of money that will stream into campaigns will galvanize congressional support and public support,” Mary Boyle, a spokeswoman for Common Cause, told Mother Jones earlier this year.

Reformers have “already begun” assembling “leading legal scholars and political scientists to help shape [the] debate” on “what comes next after Citizens United is decided,” according to the confidential memo. That includes capitalizing on the media’s obsession with political scandal. “The one saving grace of the current system of privately financed campaigns is that it produces scandal,” the memo says. “Our campaign’s communications operation must be prepared to respond to scandals, whether they involve legal or illegal activity, to drive coverage of the need for [campaign finance reform] legislation.”

Jeff Patch, a spokesman for the Center for Competitive Politics, a group that opposes most campaign finance restrictions, says he doesn’t believe that a Supreme Court decision striking down limits on independent expenditures would improve reformers’ odds. “It’s wishful thinking,” he says. “It would probably actually go in the other direction…. It’s hard to believe that Congress would push themselves to limit their own ability to fundraise just because outside groups don’t [have limits anymore].”

“It will be the complete opposite result of what they say,” Patch argues. We’ll see.