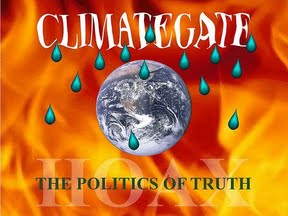 The so-called “ClimateGate” scandal is a dream come true for global warming deniers. In the two weeks since hackers stole more than a decade of emails from Great Britain’s Hadley Climactic Research Unit, thousands of private messages between leading climate researchers have been mined for dirt and relentlessly spun by a network of front groups for Big Oil. The scientists’ emails reveal little more than efforts to grapple with complex data and implacable critics.  But the deniers have found a voice in the media as they proclaim that the case for global warming has been proven a liberal conspiracy and a sham. “Anyone who continues to cite the [United Nations Intergovernmental Panel on Climate Change] as representing the ‘consensus’ on global warming is wrong,” crows the industry-funded Heartland Institute on a web page devoted to the scandal. “The IPCC has been totally discredited.”

Most Americans still see solid evidence that the earth is warming, yet polls suggest those views are malleable. In 2002, veteran Republican consultant and framing guru Frank Luntz counseled the GOP “to make the lack of scientific certainty a primary issue in the [climate] debate.” Luntz has since distanced himself from this strategy, but that hasn’t stopped junk science and bogus economic forecasts from ricocheting through a vast echo chamber of kooky blogs, “nonpartisan” institutes, and fake “green” and “citizen” groups that are often directly or indirectly controlled by the oil and coal industries. Luntz’s strategy may finally be working. According to polls conducted by the Pew Research Center, the percent of Americans who saw “solid evidence” for global warming peaked in 2006, at 80 percent, and has steadily fallen ever since. As the United States prepares to enter UN climate treaty negotiations in Copenhagen this week, only 57 percent of Americans see solid evidence for warming, with just 36 percent blaming it on humans.  Here’s a guide to the dozen loudest components of the climate disinformation machine.