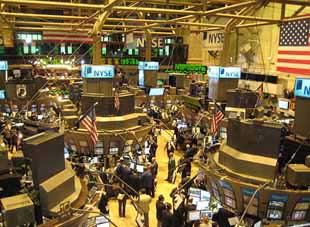 The last thing Democrats want is for Congress’ long-promised Wall Street crackdown to become a rerun of health care reform. That is, the House passes a bill, only to see grueling negotiations grind to a halt in the Senate, as health care legislation did last fall. But as Sen. Chris Dodd (D-Conn.), chair of the Senate banking committee, prepares to release his proposal for financial reform this week, House lawmakers who have worked on the issue tell Mother Jones they’re worried that the talks will once again paralyze the Senate and produce only flimsy restrictions on financial firms.

Exhibit A for these anxious House lawmakers is the battle for a Consumer Financial Protection Agency, arguably the lifeblood of any financial overhaul. The CFPA, to borrow an analogy, would protect consumers from subprime mortgages and unfair credit card policies in much the same way as the Consumer Product Safety Commission scrutinizes faulty toasters and dangerous toys. It’s an essential piece of the puzzle that experts say would rein in the predatory practices and disastrous products that toppled the housing industry and dragged the economy down with it.

In December, the House’s major financial reform bill featured such a stand-alone consumer protection agency. But in the Senate, the CFPA has run into serious trouble. Senators like Richard Shelby (R-Ala.), the banking committee’s ranking Republican, and other GOP colleagues have sought to neuter or outright kill the proposal for an independent body, suggesting that a consumer agency could instead be folded into an existing department, like the Treasury. Even Dodd, who’s led the Senate’s negotiations for months, had expressed doubt earlier this year whether a CFPA could make it into the final legislation. And now that Shelby has reportedly rejoined the Senate’s main talks, the fate of an independent CFPA is even further in doubt. So contentious is the CFPA that it’s been cast lately as financial reform’s “public option,” threatening to derail the entire bill.

Should the Senate not include a CFPA in its legislation, it would set up a fierce fight when—or if—the House and Senate try to merge their two financial reform measures later this year. “I am concerned about the consumer protection agency,” Rep. Barney Frank (D-Mass.), chair of the House financial services committee and an architect of financial reform, says. “It’s a deal-breaker if we don’t have consumer protection.”

Other House members concur that tougher consumer protection must be at the heart of a Senate bill, and that no financial reform can move forward without it. “For anybody, including Dodd, to be against it is inexplicable,” says a senior House Democratic lawmaker heavily involved in financial reform. “There is no good reason for being against a consumer protection agency.” Rep. Brad Sherman (D-Calif.), who figured prominently in the House’s financial reform talks, laments the effort to “blow up” plans for the agency, saying that he had little confidence in the Fed’s ability to safeguard consumers from dubious financial products. “It’s going to be very hard to get the consumer protection agency, which all average Americans want,” Sherman predicts.

The main source of resistance to the CFPA throughout Congress, the senior House Democratic lawmaker explains, is the powerful financial services community, its army of lobbyists, and the “stinking culture of money and fundraising.” “What you’re seeing is the influence of this powerful industry on the Senate that is not only fighting the consumer protection agency but fighting against the Obama plan to tax the big banks, and so on,” the senior Democratic representative says. Lawmakers in both the House and Senate, the House member adds, don’t want to crack down on the big banks and lenders. The lawmaker points to the relatively new Financial Crisis Inquiry Commission created to study the roots of the meltdown, and questioned why the House and Senate weren’t themselves doing the work of that panel. “Why didn’t we bring in Goldman Sachs? Why didn’t we bring in Wells Fargo? Why didn’t we bring them in and grill them?” this lawmaker says. “I suspect that there are too many people who wanted to avoid having to take them on.”

Not everyone in the House is so gloomy about the prospects for a financial overhaul. Rep. Paul Kanjorski (D-Penn.), a senior member of the House financial services committee who played a major role crafting the House’s reform bill, says he believes that, unlike health care or climate change, reining in Wall Street is not a “political football issue” but an issue on which there’s “common ground and bipartisanship.” Kanjorski says he thinks major legislation could still emerge from the Senate. “My own feeling,” he adds, “is that everybody recognizes that we have to do something in financial service reform.”

But Rep. Sherman, for one, is skeptical of that view. Deadlock, he laments, is a “hallmark of the current American government,” adding that “it’s going to be very hard to pass anything through the Senate that any of the interest holders object to.” Asked for his prediction of what a final financial reform bill might look like, Sherman deadpans, “The most likely outcome is two parts House financial bill, one part water.”