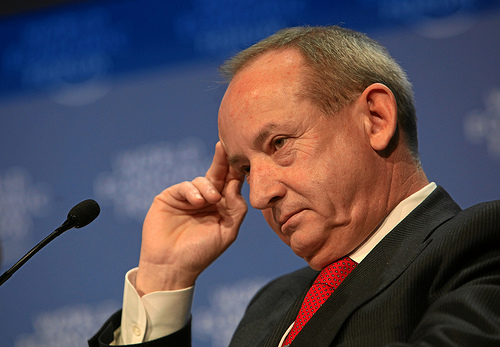 Two months after a less-than-ideal outcome at the Copenhagen climate summit, the head of the United Nations’ climate program has announced that his is quitting his post this summer. Yvo de Boer, the executive secretary of the U.N. Framework Convention on Climate Change, said he would leave the post this July for work in the private sector.

“I believe the time is ripe for me to take on a new challenge, working on climate and sustainability with the private sector and academia,” said de Boer in a statement. “Copenhagen did not provide us with a clear agreement in legal terms, but the political commitment and sense of direction toward a low-emissions world are overwhelming. This calls for new partnerships with the business sector and I now have the chance to help make this happen.”

He said he is going to work for the consulting firm KPMG on climate and sustainability issues, and that he isn’t quitting because he thinks the Copenhagen talks were a failure. “We were about an inch away from a formal agreement. It was basically in our grasp, but it didn’t happen. So that was a pity,” he said. But in his daily press briefings at the summit, it was clear that de Boer, an effusive speaker, was frustrated over how the Copenhagen summit proceeded. That he believes he can be more productive in the private sector than he has been at the UN is telling in and of itself.

De Boer has been in the post since 2006, and has been credited for helping the climate issue gain attention around the world. The last summit brought more than 100 heads of state together, showing a significant rise in the stature of the issue. But he’s also drawn criticism for the lowered expectations and underwhelming outcome in Copenhagen. The United States climate envoy and others are already downplaying hopes that there will be a binding treaty this year. With the next summit looming in November in Mexico, environmental groups on Thursday called for the United Nations to find a successor as soon as possible to keep discussions on track, and for his departure not to be used as another excuse for delay on US action.

“There’s certainly no reason his resignation should slow progress leading up to the next major climate change conference in Mexico in November,” said Alden Meyer, director of strategy and policy at the Union of Concerned Scientists, in a statement. “Opponents of climate action in the Senate should not use his departure as an excuse for inaction. Instead the Senate should step up and ensure we are able to make progress in Mexico by fulfilling our own obligations.”

Senate climate legislation quarterback John Kerry also urged perseverance domestically and internationally. “As we look towards a treaty this year in Mexico, we must operationalize the Copenhagen Accord to produce meaningful global emissions reductions,” said Kerry in a statement. “The fanatics, naysayers, and science deniers will not derail the global community from doing what’s right to secure the future of our planet, and in that, our commitment has never been stronger.”