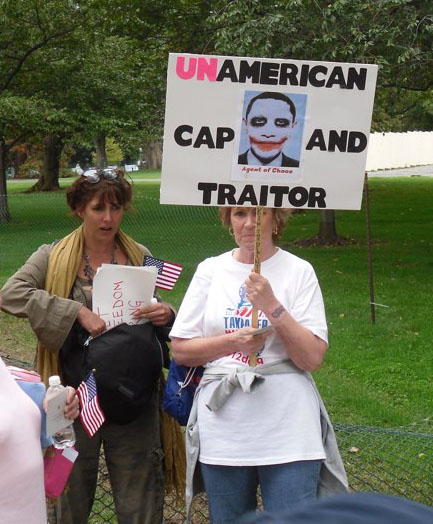 Last week, John Broder penned a piece in the New York Times on the “demise of cap-and-trade,” since mention of it has been almost completely axed from the Senate discussions. Lindsey Graham (R-SC) also reiterated his belief that it’s dead and gone. “It’s been beaten to death,” he said, adding, “I think it’s an idea that needs to die.”

In reality, the death of cap and trade is mostly rhetorical. The bill that Graham, John Kerry, and Joe Lieberman are expected to introduce next month will still include a cap on major emitters and a trading component, though it’s likely to be more limited than the House-passed bill. So Graham can keep declaring it dead, even if that doesn’t really mean all that much in practice.

Actually, the term “cap and trade” died a while ago. In the debate over the House bill, it was rarely discussed, apart from Republicans slamming it as “cap and tax.” In the previous Senate bill offered by Kerry and Sen. Barbara Boxer, they dropped the phrase in favor of “Global Warming Pollution Reduction and Investment program.”

What’s interesting is how politically undesirable “cap and trade” has become in recent months. What happened to make cap and trade politically toxic in Washington in just the nine months since the House passed its version of the policy? Broder posits that the term “was done in by the weak economy, the Wall Street meltdown, determined industry opposition and its own complexity.” Those are factors, yes, but I think Robert Stavins of Harvard’s Kennedy School has a better reading. He concludes, basically, that the problem wasn’t the phrase or even the idea itself:

But the most important factor–by far–which led to the change from politically correct to politically anathema was the simple fact that cap-and-trade was the approach that was receiving the most serious consideration, indeed the approach that had been passed by one of the houses of Congress. This brought not only great scrutiny of the approach, but–more important–it meant that all of the hostility to action on climate change, mainly but not exclusively from Republicans and coal-state Democrats, was targeted at the policy du jour — cap-and-trade.

The same fate would have befallen any front-running climate policy.

This argument puts Graham, Kerry and Lieberman’s contortions to convince us that a) cap and trade is dead and b) their proposal offers something totally different in a new light. The problem isn’t the language; it’s that the American public still isn’t convinced that climate change is a problem that urgently needs to be acted upon, or that any of Washington’s proposed solutions are viable. That’s where the real change needs to happen—not in the rhetorical packaging.