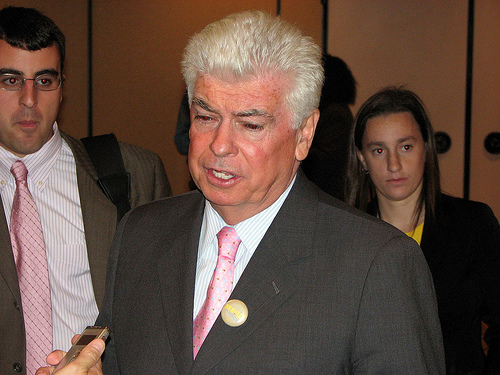 By proposing a Bureau of Financial Protection within the Treasury Department as opposed to an independent Consumer Financial Protection Agency, is Sen. Chris Dodd (D-Conn.), the Senate’s architect of financial reform, dooming the future of consumer protection? As a leaked outline of his watered-down plan for consumer protection (PDF) shows, Dodd plans to give more power to the Treasury, whose internal agencies already regulate national banks (the Office of the Comptroller of the Currency) and thrifts at the state and federal levels that were at the forefront of the mortgage meltdown (the Office of Thrift Supervision). The OCC and OTS, both at the center of the regulatory lapses before the crisis, offer a glimpse of why Dodd’s plan could spell disaster for consumer advocates lobbying for tougher reforms and better regulation.

The much-maligned OCC and OTS, you’ll remember, sided with lenders in the run-up to the meltdown, kept lowering the regulatory bar for the institutions they monitored, and let countless cases of fraud and wrongdoing occur under their watch, as numerous media reports have shown. Under the OTS’ watch, three of the biggest banks its was supposed to be regulating were shut down in 2008, including Washington Mutual—the largest bank failure in history. An OTS regulator was even demoted for approving backdated documents from IndyMac making the bank look healthier than it was. (IndyMac failed two months later.)

The OCC, critics say, is just as bad. Indeed, Prof. William Black, a former regulator at the Federal Home Loan Bank Board and at other agencies, toldMother Jones recently, “As bad and openly pathetic as the OTS has been, the OCC was actually worse. It put virtually all of its efforts into a single cause: to preempt state laws to protect consumers from predatory lending.” The OCC failed to spot the waves of mortgage-lending fraud proliferating in the mid-2000s, ignoring both a 2004 FBI alert and repeated warnings from state attorneys general. And as Mother Jones has reported, both the OCC and OTS have missed the pervasive fraud among mortgage servicers and in the loan modification process in subprime meltdown’s aftermath; despite more than a thousand lawsuits and countless complaints against servicers, an OCC spokesman said the agency had never taken action against a servicer.

The OCC and OTS’ poor regulatory record is due partly to the fact that the two agencies—and the Treasury as a whole—are far too close to the people they regulate, critics say. Before the crisis, the OCC, OTS, and a number of other agencies, a report by the Pew Financial Reform Project explained, were guilty of “regulatory capture, charter shopping, inconsistent policies, gaps in coverage, inadequate resourcing and ineffective oversight.” Or as Ira Rheingold, executive director of the National Association of Consumer Advocates, told Mother Jones last week, the Treasury’s approach to homeowner relief has largely been a game of “insider baseball”: “The fundamental problem with Treasury is they keep turning to mortgage lenders, servicers, and their affiliates to these solve problems.”