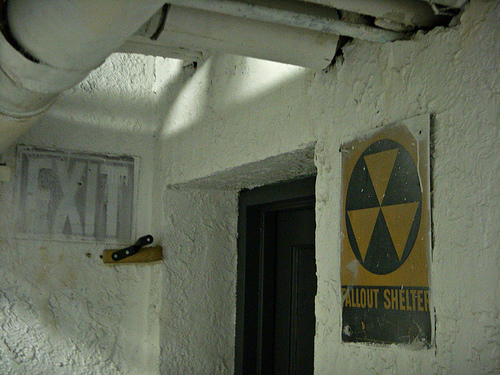 Climate researchers are under siege by a well-organized campaign to destroy the foundations of climate science, as yet another round of leaked emails underscores. Last week, an unidentified source sent a number of emails exchanged between scientists on a National Academy of Sciences listserv to reporters detailing just how battered scientists feel these days.

Climate scientists have been under attack in the wake of the so-called “ClimateGate” incident and the backlash against the Intergovernmental Panel on Climate Change for minor errors in a recent report. The latest emails, obtained by Washington Times and Energy & Environment Daily, show climate scientists fed up with the assault and looking to fight back.

“We need to develop a relentless rain of science and scientific dialog on the incredible, destructive demagoguery that has invaded the airwaves, the news media and the public forum and has prevented a rational discussion about political solutions to human perturbations on the environment,” wrote Paul Falkowski, a professor at Rutgers University’s Institute of Marine and Coastal Sciences, in one email.

“Most of our colleagues don’t seem to grasp that we’re not in a gentlepersons’ debate, we’re in a street fight against well-funded, merciless enemies who play by entirely different rules,” wrote Paul R. Ehrlich, a Stanford University researcher in another email.

In particular, they’re tired of the “neo-McCarthyism” of Sen. James Inhofe (R-Okla.), who has called for a “criminal investigation” into climate scientists. “I am hopeful that all the forces working for honest debate and quality assessments will decry this McCarthyite regression, and by name point out what this Senator is doing by a continuing smear campaign,” wrote Stephen Schneider, a climatologist at Stanford University.

The scientists discuss possible recourse for the attacks, from starting an advertising campaign in major newspapers to increasing their public presence. There’s discussion about getting the National Academy of Sciences to put more work into educating the public, and also of starting a new nonprofit to do that.

But right-wing blogs are already seizing upon the latest emails as yet more evidence of some kind of secret conspiracy among climate scientists to promote climate science. Here’s Hot Air on the “plot” to “attack” skeptics.

That this latest round of emails was leaked to the press is probably good evidence of just how much suspicion and pressure these scientists are under these days. And as they point out, the attack isn’t about just climate; there’s a growing effort to undermine science in general.

“If the public looses [sic] faith in scientists, we can see the inevitable consequences. H1N1 vaccines were taken a plot to kill our children. Regardless of the evidence, cell phones cause brain cancer,” wrote Falkowski. “[S]cientists are being treated like political pawns–and it is not acceptable.”