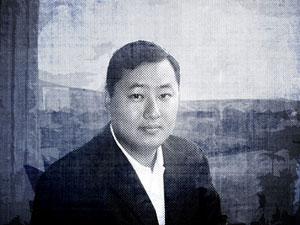 The Justice Department report released last month on the crafting of the so-called torture memos contained a number of eyebrow-raising revelations—but none perhaps as intriguing as the disclosure that many of John Yoo’s emails had been irretrievably destroyed. Given that the former Justice Department political appointee played a key role in composing the legal rationale for the Bush administration’s use of brutal interrogation tactics, this seemed suspicious, and Senate Judiciary Committee Chairman Patrick Leahy (D-Vt.) and others have pressed the agency to investigate. But Yoo has brushed aside concerns about his emails, and he has criticized those raising questions about the lost messages—including Leahy and Justice Department investigators—for their weak grasp on the “basics of intelligence.” Yoo’s own explanation for the missing emails, though, doesn’t add up, and experts on government archiving and recordkeeping practices say his comments are misleading, if not “nonsensical.”

Following a years-long investigation, the Justice Department’s internal watchdog, the Office of Professional Responsibility, sharply rebuked Yoo and former assistant attorney general Jay Bybee for cooking up flawed legal opinions justifying the Bush administration’s enhanced interrogation program. OPR revealed that during its review “it became apparent…that relevant documents were missing.” Among them were “most” of Yoo’s emails, which OPR investigators learned “had been deleted and were not recoverable.” OPR reported that there was also a gap in the email records of another Justice Department official, Patrick Philbin, which coincides with the drafting of the one of the memos.

The destruction of the messages, at minimum, appears to breach the Federal Records Act, which requires the preservation of a variety of government documents, including emails. But if the messages were intentionally destroyed, there could be criminal implications, too. Leahy and the watchdog group Citizens for Responsibility and Ethics in Washington have asked the Justice Department to determine whether a crime was committed.

During a Washington Post online forum last week, Yoo—who’s promoting his new book—was asked about the deleted emails. Did he have “any theories as to why those e-mails were not retrievable”? Yoo replied that he was “glad” for the opportunity to set the record straight, and said the controversy was further evidence that OPR’s investigation was “biased.” He said he was unaware “what happened, if anything, to any of my emails.” And besides, Yoo added, “the claim that there would be emails about this shows a lack of understanding of the world of intelligence.” He went on to explain: “The email system at the Justice Department is unsecured; it cannot be used to send classified emails. DOJ attorneys could not have emailed each other about interrogation methods or other CIA matters on this email system because those issues are classified at the highest level of secrecy.”

In an op-ed published earlier this month, Yoo made a similar case, blasting Leahy, in particular, for demanding answers about his deleted messages. “Leahy’s outrage displays how little he and OPR understand the basics of intelligence,” Yoo wrote.

But Yoo’s explanation raises more questions than it answers. Among other things, he doesn’t address the disclosure that “most” of his emails were “deleted”— a separate issue from the methods Justice Department lawyers used to communicate on classified topics.

While Yoo’s right that classified material wouldn’t be sent over an unsecure network, that’s no major revelation. Such information would be routed through a classified email system, which is standard practice. And if Yoo is suggesting that he and his colleagues never discussed matters relating to the interrogation program via email, he’s mistaken. OPR’s report cites examples of emails to and from Yoo, including one in which he asked whether a particular detainee was “allergic to certain kinds of insects.”

Alternately, maybe Yoo’s implying that classified messages wouldn’t have been preserved. He declined a request to clarify his remarks, but Susan Cooper, a spokeswoman for the National Archives and Records Administration, points out that classified and unclassified records alike are subject to the same federal laws. “All information that’s created is a record,” she says. Her agency, which is in charge of ensuring that federal agencies comply with their recordkeeping responsibilities, has asked the Justice Department to look into whether an “unauthorized destruction” of emails occurred. And a Justice Department spokeswoman told Mother Jones on Monday that a “review” is underway to “find out what happened” to the emails of Yoo and Philbin. (Currently a partner in the law firm of Kirland & Ellis, Philbin has remained mum about the deleted messages, and he did not respond to a request for comment).

Steven Aftergood, a government secrecy expert at the Federation of American Scientists, called Yoo’s recent statements “nonsensical.” OPR’s investigators, he said, know “perfectly well how the Justice Department email system works and what its limitations are. The fact that they found a gap is significant.” Just how significant? Pending the outcome of the Justice Department’s inquiry, we may soon find out.