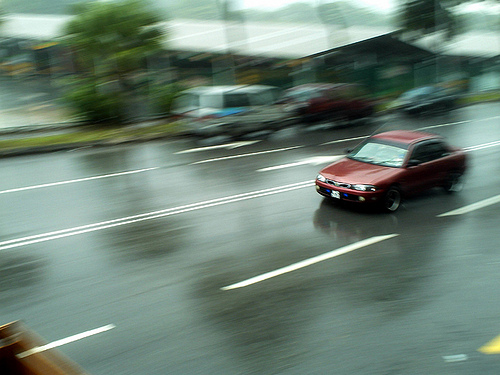 An effort by Sen. Lisa Murkowski (R-Alaska) to block the Environmental Protection Agency’s ability to regulate greenhouse gases would bring about the “collapse” of a delicate deal reached last year between automakers, states, and the federal government to reduce vehicle emissions, automakers said on Wednesday.

The Alliance of Automobile Manufacturers, which includes General Motors, Ford Motors, Chrysler Daimler, BMW, Volkswagen, and Toyota, sent a letter to congressional leaders from both parties asking them to reject Murkowski’s attempt to nullify the EPA’s finding that greenhouse gases are a threat to public health.

The EPA, the Department of Transportation, and the White House last year worked out a deal to unify the tougher state auto standards—first adopted by California—and federal standards into one program. But that deal is contingent upon the EPA’s determination that gases are a health threat that should be regulated under the Clean Air Act—the finding that Murkowski wants to block. The EPA and the DOT have argued that her move would handcuff their ability to issue new rules for cars, which are due out by the end of this month.

That deal saved auto makers from the “alarming possibility of having to comply with multiple sets of inconsistent fuel economy standards” wrote Alliance President Dave McCurdy in the letter. If her resolution is successful, he wrote, “the historic agreement creating the One National Program for regulating vehicle fuel economy and greenhouse gas emissions would collapse.”

Murkowski’s office fired off a press release yesterday claiming that the automakers were just bowing to pressure from the Obama administration, and blaming the administration for the patchwork of regulations that might have existed without a new federal standard. “It was the current administration’s decision to grant a California waiver request, thereby allowing individual states to regulate fuel economy, which has made the threat of a patchwork of regulations real,” said Murkowski. “The administration created this problem, but it also has the authority to fix it.” She also argued that the EPA doesn’t need to be involved in the new rules—the DOT should be an adequate authority for writing fuel economy standards. “Statutory authority to improve fuel economy has existed for 35 years at the Transportation Department, and it still exists today,” she said.

Murkowski’s fiery response indicates that she’s opening a new front on her war on the EPA. When she first tried to thwart the EPA’s regulations last September, she went after the agency’s authority to write rules for stationary sources like power plants and left car regulations alone. Murkowski argued at that time that since the specific case prompting the EPA regulations, Massachusetts v. EPA, dealt with vehicle emissions, the agency should proceed with those. But her missive yesterday challenged the EPA’s authority to restrict any greenhouse gas emissions at all.

Meanwhile, her latest legislative effort to block the EPA —a so-called resolution of disapproval that would throw out the agency’s finding that greenhouse gases threaten human health—is sweeping. If passed, it would forever bar the EPA from regulating emissions under the Clean Air Act, as the Supreme Court directed it to do in 2007. Murkowski says she’s putting that measure on hold while Congress considers an alternative option from West Virginia Democrat Jay Rockefeller, who has introduced legislation that would delay EPA regulations for two years. But she’s made it clear that she’s keeping her bill waiting in the wings. Her spokesman, Robert Dillon, said in an email last week that she “will wait and see how Sen. Rockefeller progresses on his proposal” but “fully intends to seek an up or down vote on the issue.”

Murkowski’s threat is not an idle one. She has 40 cosponsors for the bill, including three Democrats—Blanche Lincoln of Arkansas, Ben Nelson of Nebraska, and Mary Landrieu of Louisiana—plus verbal support from others. A bipartisan trio of representatives introduced the same measure in the House in late February, though that one isn’t expected to gain as much traction.

The auto rules are the most immediate concern if Murkowski’s EPA block is successful. In addition to the Auto Alliance, the United Auto Workers last week issued a letter condemning the measure as a “misguided” move that would “unravel the historic agreement on one national standard.”(Disclosure: members of the Mother Jones staff belong to the UAW).